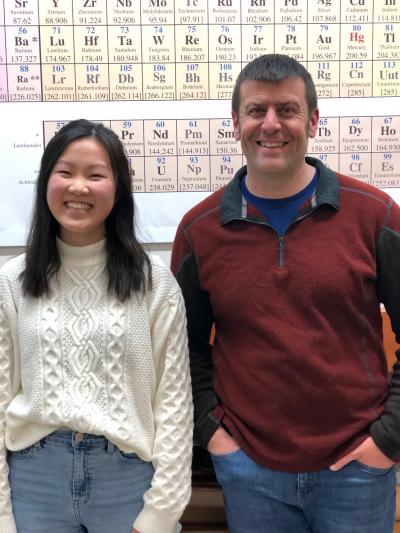 ROCKVILLE, Md. – As part of its celebration of National DNA Day, The American Society of Human Genetics (ASHG) announced today the winners of its 2019 DNA Day Essay Contest, which encourages high school students and teachers worldwide to learn about human genetics concepts and apply them to current scientific and societal issues. ASHG awarded first place to Sophia Chen, a junior at Lakeside School in Seattle, Wash.; second place to Yanna Bravewolf, a freshman at The Potomac School in McLean, Va.; and third place to Irene Calderon, a freshman at The Summit Country Day in Cincinnati, Ohio.

ASHG received essays from 1088 students from 45 U.S. states and 24 non-U.S. countries, who explored an ethical dilemma in human genetics. More than 300 ASHG members evaluated the results for accuracy, creativity, and writing. Since 2006, the Society has led the contest annually and seeks to spark excitement and learning among the next generation of genetics professionals and foster greater genetic literacy among the general public.

This year, students were asked to consider the goals, rights, and duties involved in deciding whether a father’s Huntington’s disease (HD) diagnosis should be revealed to his adult child. After considering both sides, students chose one argument to defend, using their knowledge of the scientific and medical aspects of HD.

“As genetic testing becomes more widespread in its use and public attention, we were interested in science students’ views on the complex ethical questions raised by the results of such tests,” said Jannine D. Cody, PhD, Professor in the Department of Pediatrics at the University of Texas Health at San Antonio, and Chair of ASHG’s Information & Education Committee.

“The winning essay was impressive because of the author’s appreciation of the genetic realities of Huntington’s disease and clear presentation of the ethical arguments for and against disclosure,” Dr. Cody said.

National DNA Day, celebrated annually on April 25, commemorates the discovery of DNA’s double helix structure in 1953 and the completion of the Human Genome Project in 2003, two key milestones in genetics.

Honorable mentions were awarded to 11 students, each of whom will receive a $100 monetary prize. The recipients of honorable mentions, listed alphabetically by last name, are:

For details on the 2019 contest winners, including photos and the winning essays, see: http://www.ashg.org/education/dnaday_winners_2019.shtml.

Scienmag Jun 18, 2019
The carbon cycling in lakes is studied using a process-based model that describes the temporal evolution of…

3,500 years of shellfish farming by indigenous peoples on the…