Artificial tones in perception experiments could be missing the mark, research 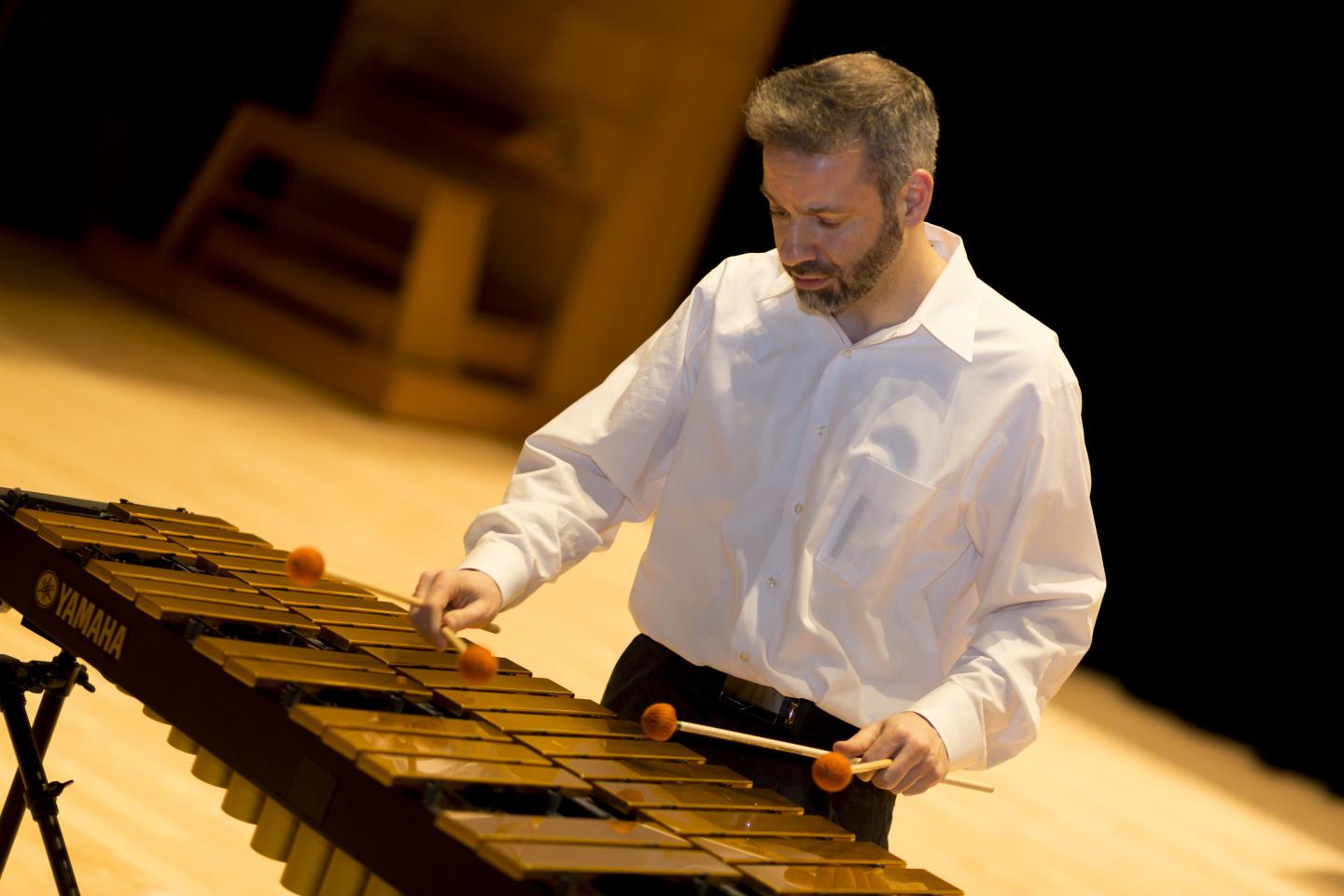 Researchers at McMaster University who study how the brain processes sound have discovered the common practice of using artificial tones in perception experiments could mean scientists are overlooking important and interesting discoveries in the field of brain research.

The research, published recently in the journal Scientific Reports, is the culmination of a decade of rigorous analysis, in which the team reviewed one thousand auditory experiments published in several leading journals.

They found nearly 90 per cent of sounds used in these experiments have no connection to the natural world.

“Many theories and models derived from the use of artificial tone beeps in research experiments fail to describe the actual listening processes,” says Michael Schutz, lead author and associate professor of Music Cognition and Percussion at McMaster.

Schutz’s interdisciplinary background plays an important role in this project. A percussionist by training, he directs the McMaster University Percussion Ensemble and is an active performing musician. This regular immersion in professional music-making has tuned his ears to the complexities of sound–and the lack thereof in artificial tones.

His research team in the MAPLE lab team has repeatedly shown crucial differences in the processing of natural versus artificial sounds, raising questions about the degree to which tone beeps can actually properly test the auditory system.

“Although useful in experiments as they are ‘controlled,’ tone beeps are unnatural. Nothing in the natural world sounds like them,” he says.

His team focuses in particular on the property of amplitude envelope, or the shape of the sound, which they have repeatedly shown plays a crucial role in perception. Their survey of auditory experiments found it was often not even considered or even adequately documented in hundreds of experiments.

The implications are not only theoretical, but also practical, says researchers.

For instance, artificial tones figure prominently in assessing the fit of hearing aids and cochlear implants, yet users frequently find listening to be problematic in natural environments. Researchers suggest unnatural sounds in research of this nature can have implications for our understanding of sensory integration in children with Autism Spectrum Disorder.

Although these children often struggle with integration of speech sounds, research using tone beeps has often failed to replicate those deficits. Given his expertise in studying the perception of natural sounds versus tone beeps, autism researchers at the University of Rochester Medical Centre approached Schutz about using his paradigm to close the gap between lab-based findings and real-world listening which is filled with rich, dynamically changing sounds.

In contrast to the complexity of natural sounds, tone beeps are incredibly impoverished, says Schutz.

“Think of the simplistic sounds we hear every day at the checkout counter, the auditory alerts of a truck backing up or the alarm of a medical device. By showing that these flat, artificial sounds are ubiquitous in research it is easier to understand how they have inadvertently become ingrained into design standards,” he says.

Schutz is currently working with an international team to improve auditory alarm design of medical devices, which are often poorly designed and draw upon artificial tones which can create numerous problems in the operating of emergency rooms in hospitals, where they go off frequently, are missed altogether, keep patients awake, among other issues.

He suggests the soundscape of a hospital is jarring and there is tremendous room for improvement, which might include alarms that use musical tones.

“We believe we can improve these sounds and reduce overall annoyance, without sacrificing detectability.”