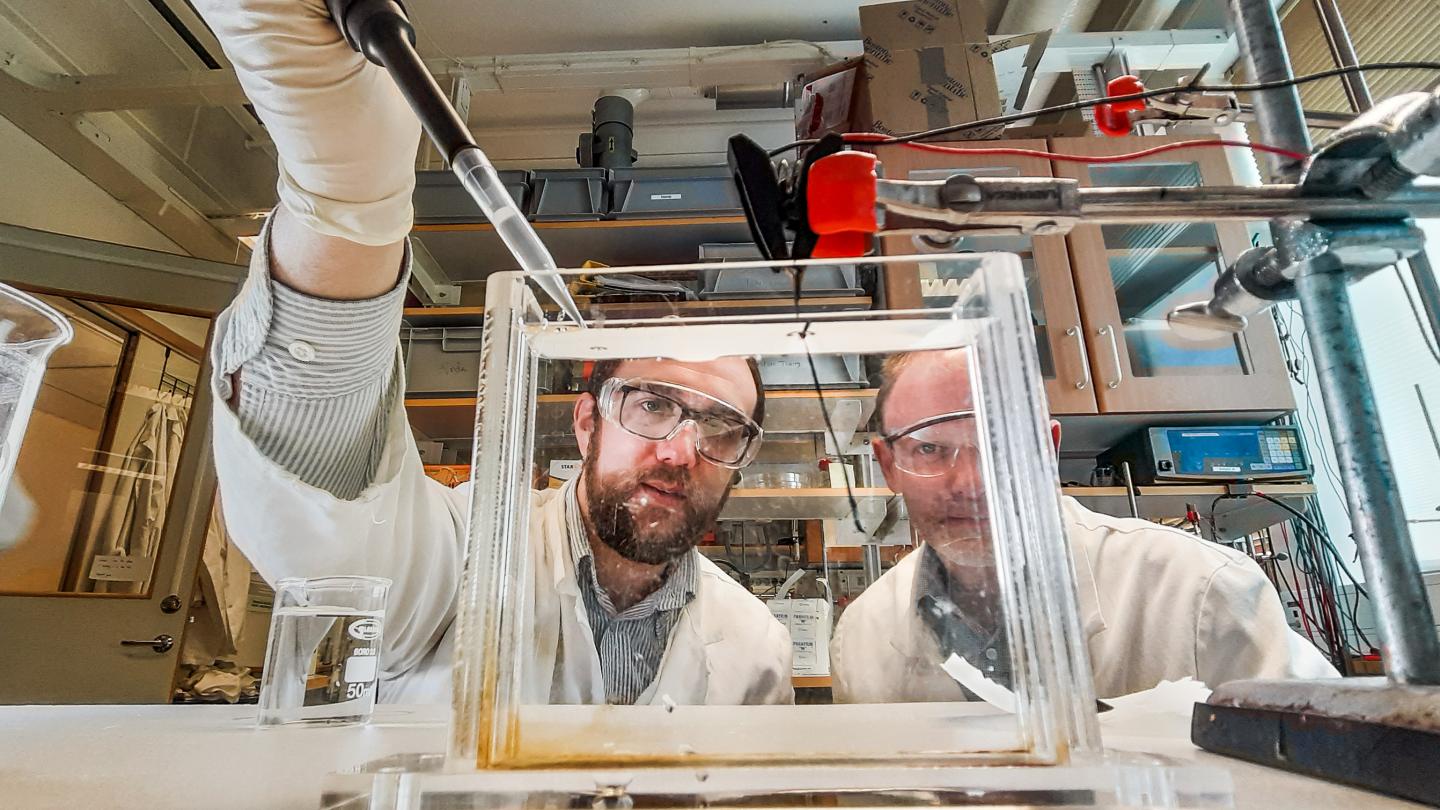 Artificial muscles made from polymers can now be powered by energy from glucose and oxygen, just like biological muscles. This advance may be a step on the way to implantable artificial muscles or autonomous microrobots powered by biomolecules in their surroundings. Researchers at Linköping University, Sweden, have presented their results in the journal Advanced Materials.

The motion of our muscles is powered by energy that is released when glucose and oxygen take part in biochemical reactions. In a similar way, manufactured actuators can convert energy to motion, but the energy in this case comes from other sources, such as electricity. Scientists at Linköping University, Sweden, wanted to develop artificial muscles that act more like biological muscles. They have now demonstrated the principle using artificial muscles powered by the same glucose and oxygen as our bodies use.

The researchers have used an electroactive polymer, polypyrrole, which changes volume when an electrical current is passed. The artificial muscle, known as a “polymer actuator”, consists of three layers: a thin membrane layer between two layers of electroactive polymer. This design has been used in the field for many years. It works by the material on one side of the membrane acquiring a positive electrical charge and ions being expelled, causing it to shrink. At the same time, the material on the other side acquires a negative electrical charge and ions are inserted, which causes the material to expand. The changes in volume cause the actuator to bend in one direction, in the same way that a muscle contracts.

The electrons that cause motion in artificial muscles normally come from an external source, such as a battery. But batteries suffer from several obvious drawbacks: they are usually heavy, and need to be charged regularly. The scientists behind the study decided instead to use the technology behind bioelectrodes, which can convert chemical energy into electrical energy with the aid of enzymes. They have used naturally occurring enzymes, integrating them into the polymer.

“These enzymes convert glucose and oxygen, in the same way as in the body, to produce the electrons required to power motion in an artificial muscle made from an electroactive polymer. No source of voltage is required: it’s enough simply to immerse the actuator into a solution of glucose in water”, says Edwin Jager, senior lecturer in Sensor and Actuator Systems, in the Department of Physics, Chemistry and Biology at Linköping University. Together with Anthony Turner, professor emeritus, he has led the study.

Just as in biological muscles, the glucose is directly converted to motion in the artificial muscles.

“When we had fully integrated enzymes on both sides of the actuator and it actually moved – well, it was just amazing”, says Jose Martinez, a member of the research group.

The next step for the researchers will be to control the biochemical reactions in the enzymes, such that the motion can be reversible for many cycles. They have already demonstrated that the motion is reversible, but they had to use a small trick to do so. Now they want to create a system that is even closer to a biological muscle. The researchers also want to test the concept using other actuators as the “textile muscle”, and apply it in microrobotics.

“Glucose is available in all organs of the body, and it’s a useful substance to start with. But it is possible to switch to other enzymes, which would enable the actuator to be used in, for example, autonomous microrobots for environmental monitoring in lakes. The advances we present here make it possible to power actuators with energy from substances in their natural surroundings”, says Edwin Jager.

The research has been funded with support of, among other bodies, Linköping University, the Carl Trygger Foundation, the Swedish Research Council, and EU Marie Curie Actions Initial Training Network “MICACT”.

Chemists give chance a helping hand