The IL-6 family of proteins has a bad reputation: it can promote inflammation, arthritis, autoimmune disease and even cancer. However, a new USC-led study published in Communications Biology reveals the importance of IL-6 and associated genes for maintaining and regenerating cartilage in both the joints and in the growth plates that enable skeletal growth in children. 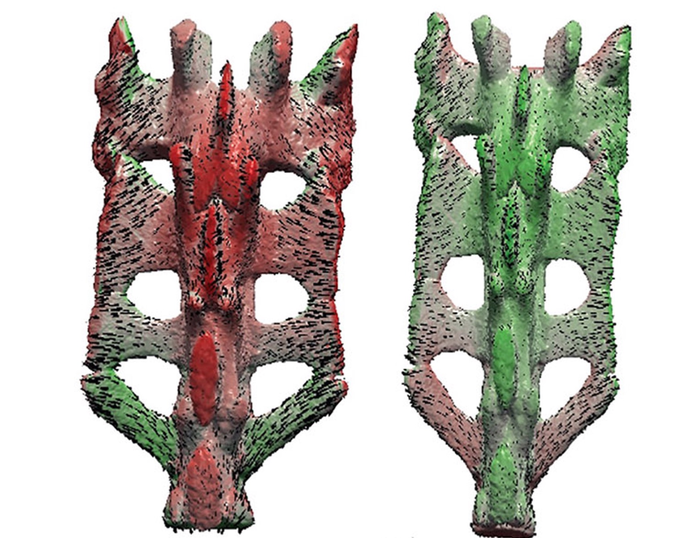 The IL-6 family of proteins has a bad reputation: it can promote inflammation, arthritis, autoimmune disease and even cancer. However, a new USC-led study published in Communications Biology reveals the importance of IL-6 and associated genes for maintaining and regenerating cartilage in both the joints and in the growth plates that enable skeletal growth in children.

“We show, for the first time, that the IL-6 family, previously almost exclusively associated in the musculoskeletal field with arthritis, bone and muscle loss, and other chronic inflammatory diseases, is required for the maintenance of skeletal stem and progenitor cells, and for the healthy growth and function of the joints and spine,” said the study’s corresponding author Denis Evseenko, who is the J. Harold and Edna LaBriola Chair in Genetic Orthopedic Research, and an associate professor of orthopaedic surgery, and stem cell biology and regenerative medicine at the Keck School of Medicine of USC. “Our study establishes a link between inflammation and regeneration, and may explain why stem and progenitors are exhausted in chronic inflammation.”

In the study, first author Nancy Q. Liu from USC and her colleagues took a close look at a key gene activated by IL-6: STAT3. In both lab-grown human cells and in mice, the scientists demonstrated that STAT3 is critical for the proliferation, survival, maturation and regeneration of cartilage-forming cells in the joints and growth plates. When the gene ceased to function, cartilage-forming cells became increasingly dysfunctional over time, resulting in smaller body size, prematurely fused growth plates, underdeveloped skeletons and mildly degenerated joint cartilage.

Mice experienced the same issues when they lacked a protein called glycoprotein 130 (gp130), which all IL-6 proteins use to activate Stat3. Deactivating another gene Lifr, which encodes a protein that works with gp130 to recognize one of the IL-6 proteins called Lif, produced similar but milder skeletal and cartilage changes.

In mice lacking gp130, the scientists could restore normal growth plates by over-activating Stat3—although this also caused an overgrowth of cartilage that led to other skeletal abnormalities.

Interestingly, the researchers noted significant sex-related differences: when Stat3 ceased to function, females experienced more severe cartilage and skeletal changes than males. To understand why, the researchers altered estrogen levels in mice, as well as in lab-grown pig cartilage cells. In both cases, estrogen increased the amount and activity of Stat3, suggesting that females might rely more heavily on this gene.

The study has clinical implications for the use of existing drugs that inhibit STAT3 to curb inflammation in autoimmune diseases: these drugs may also interfere with growth and regeneration.

Conversely, the Evseenko Lab has leveraged their understanding of the nuances of STAT3 and associated genes and proteins to develop a highly targeted drug with the potential to regenerate joint cartilage without triggering inflammation. This drug will soon be tested in human clinical trials.

“Our findings really shift the paradigm and challenge the existing dogmas in the field about how IL-6, STAT3, and associated genes and proteins influence not only inflammation, but also regeneration,” said Evseenko.

Founded in 1885, the Keck School of Medicine of USC is one of the nation’s leading medical institutions, known for innovative patient care, scientific discovery, education and community service. Medical and graduate students work closely with world-renowned faculty and receive hands-on training in one of the nation’s most diverse communities. They participate in cutting-edge research as they develop into tomorrow’s health leaders. With 1200 resident physicians across 70 specialty and subspecialty programs, the Keck School is the largest educator of physicians practicing in Southern California.