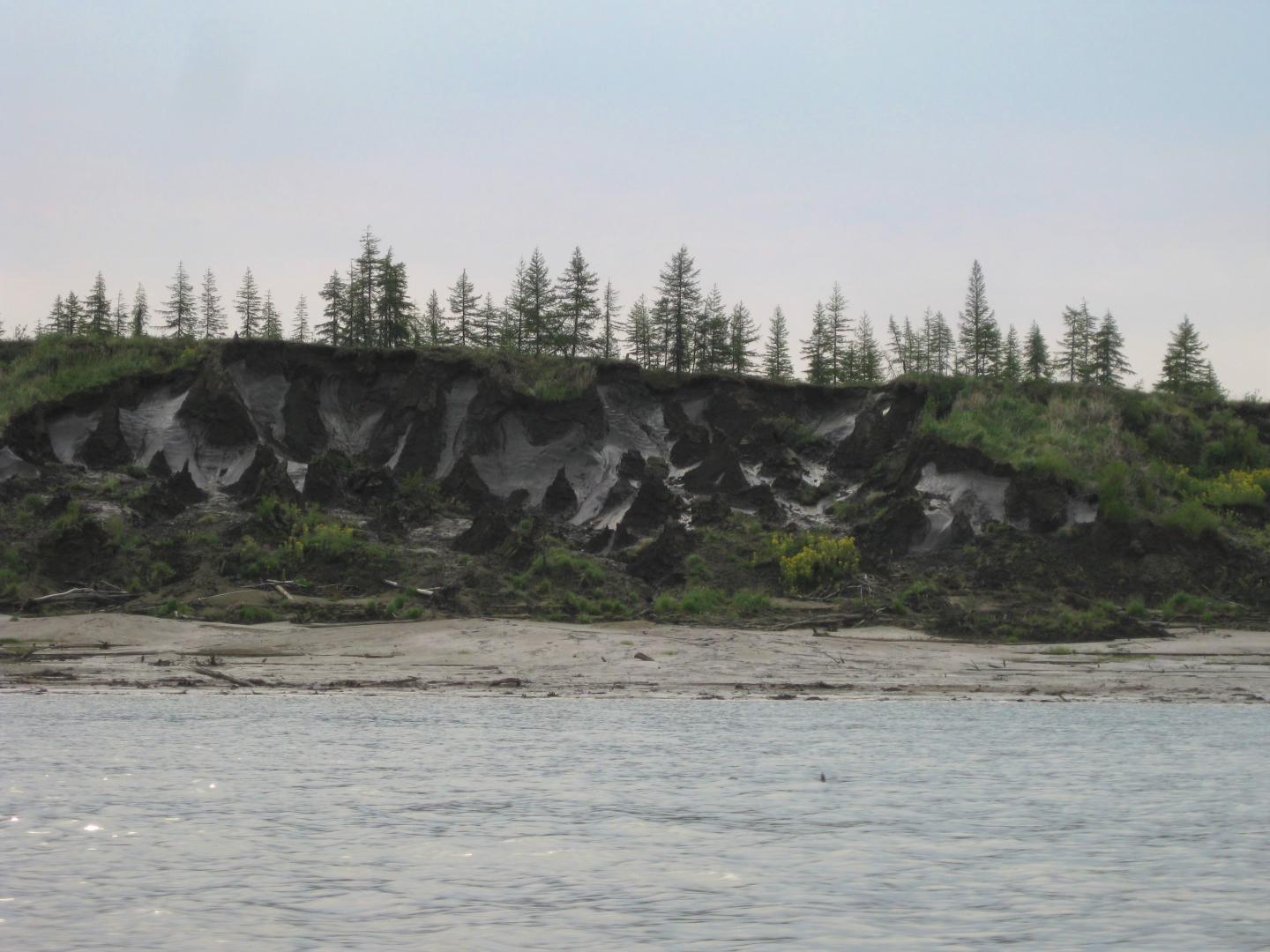 The feedback between a warming climate and accelerated release of carbon currently frozen into permafrost around the Arctic is one of the grand challenges in current climate research. A study published this week in the Proceedings of the National Academy of Sciences of the USA by a team of researchers led by Stockholm University used radiocarbon dating of carbon in four large Siberian-Arctic rivers to pinpoint the patterns of old carbon release from permafrost across northern Eurasia.

Arctic permafrost and peatlands constitute frozen giants of the global carbon cycle. In the top few meters, the Arctic permafrost stores almost twice as much carbon as atmospheric CO2 and more than 200 times as much as atmospheric methane. The large amounts of currently dormant permafrost carbon may be increasingly thawed and mobilized as climate warming progresses – and may then feed additional CO2 and methane into the atmosphere to accelerate climate warming. This climate-carbon feedback is hard to assess as permafrost thaw differs widely across the Arctic and data from remote areas are limited. The new study provides a novel angle by using the radiocarbon signal of large rivers to understand permafrost thaw and carbon mobilization in their catchments.

The study shows that permafrost and peat carbon contributed to only 12% of the dissolved organic carbon in these rivers, but to more than half of the particulate organic carbon. Seasonal differences suggest that gradual thaw of the seasonally frozen active layer and of surface permafrost is the main source of permafrost- and peat-derived carbon in dissolved form, whereas that in particulate form stems to a large extent from the collapse of deeper deposits that formed thousands of years ago. Differences in the relative amounts of dissolved versus particulate permafrost and peat carbon between rivers were consistent with differences in the type and extent of permafrost in their basins.

“The radiocarbon signal of especially particulate organic carbon in rivers might be a sensitive tool to monitor carbon release from thawing permafrost over the coming decades,” adds Örjan Gustafsson, professor at Stockholm University and leader of the team.

Research shows ramping up carbon capture could be key to mitigating…

Timing is key for parents who want to help children learn at museums,…