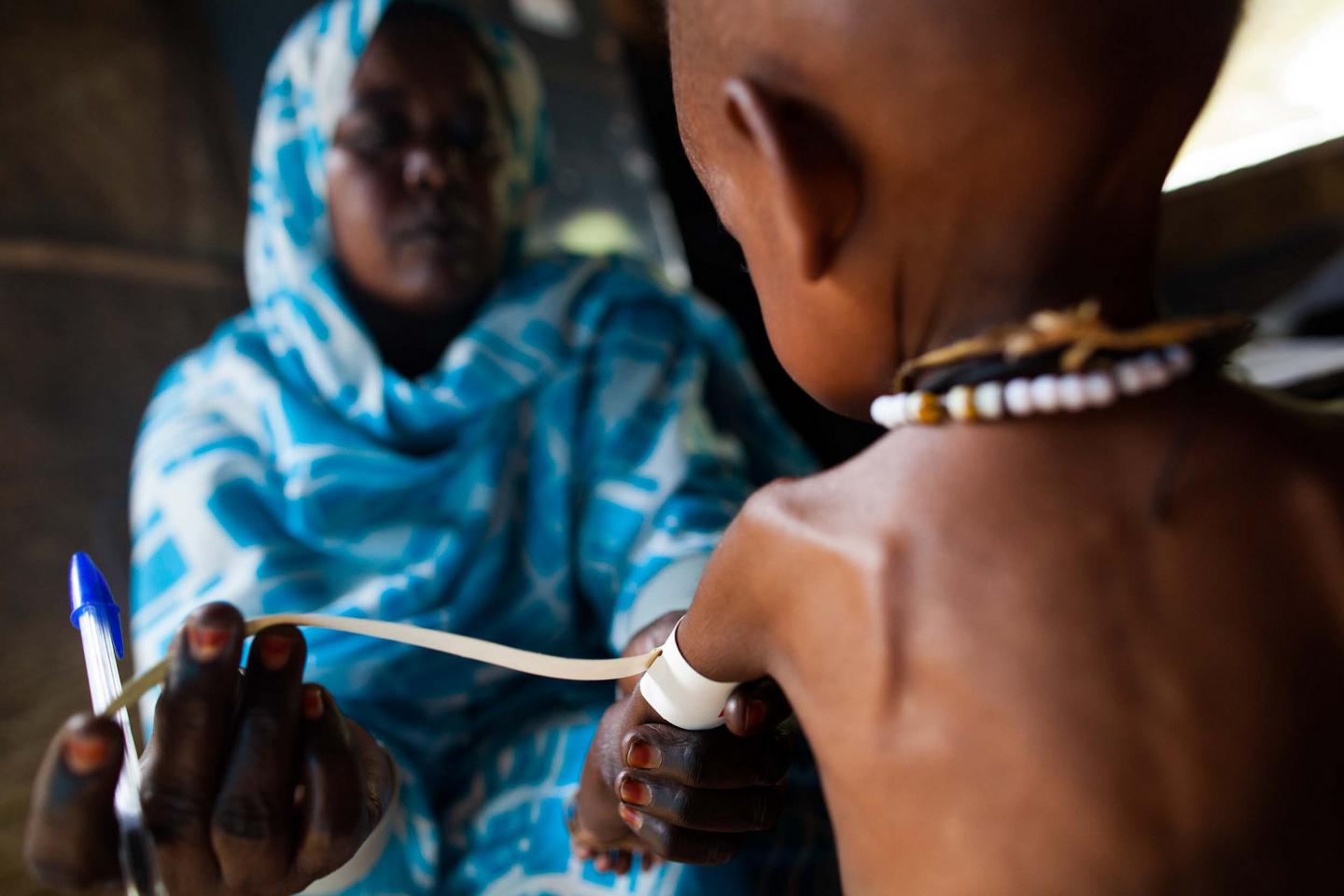 Researchers have found that severe malnutrition is associated with lower exposure to the antimalarial drug lumefantrine in children treated with artemether-lumefantrine, the most common treatment, for uncomplicated falciparum malaria. The study, which is the first to specifically address this, has been published in Clinical Pharmacology and Therapeutics. It calls urgently for further research into optimised dosing regimens for undernourished children.

Children under the age of five are particularly vulnerable to malaria infection with 61% of all malaria deaths worldwide occurring in this group. Malnourished children are at an even higher risk of contracting and dying from malaria, with the disease being associated strongly with poverty.

The altered physiology in malnourished children may change the uptake and distribution of antimalarial drugs into the body, for example, the absorption and elimination of drugs might be reduced in these children. Despite this, there has been little research into how well treatments work in this particular group. Malnourished children and other vulnerable groups of patients, such as pregnant women and very young children, are often excluded in clinical studies as they do not represent the main target group, are difficult to recruit in large numbers, and their participation may raise specific ethical concerns. The data that does exist in malnourished children has been contradictory to date, as pointed out in a recently published systematic review conducted by the WorldWide Antimalarial Resistance Network (WWARN).

Artemether-lumefantrine, an artemisinin-based combination therapy, is the most common antimalarial treatment used worldwide and is recommended by the World Health Organization. Lumefantrine exposure, levels of the drug in blood after treatment has been administered, has been reported to be lower in children compared to adults. Children are currently prescribed the same dosing regimen as adults, artemether-lumefantrine twice daily for three days.

This study conducted in collaboration with Epicentre, Médecins Sans Frontières, the University of Cape Town, the Malaria Research and Training Center in Mali, and the Mahidol-Oxford Tropical Medicine Research Unit (MORU) and the Ministry of Health of Niger aimed to investigate the pharmacokinetic (PK) and pharmacodynamic (PD) properties of lumefantrine in children with severe malnutrition, previously, these have not been well defined. The analysis included data from a clinical trial across two hospitals in Mali and Niger analysing lumefantrine exposure for the treatment of uncomplicated falciparum malaria in 131 children with severe malnutrition, compared to 226 children without malnutrition. This is the largest cohort of patients in this type of analysis to date.

Key measures of malnutrition were collected including weight-for-height, mid-upper arm circumference or presence of nutritional oedema. These measures are not routinely collected in clinical trials of malaria, a practice that should change for a deeper insight into the systematic underexposure of antimalarial drugs in children due to malnutrition.

“We developed a pharmacokinetic and pharmacodynamic model for describing the pharmacological properties of lumefantrine in these children. Drug absorption, distribution, metabolism, or elimination might be affected by the nutritional status in children.” said Dr. Palang Chotsiri, a researcher at MORU and the first author of the study. “Malnutrition effects on the pharmacological parameters were carefully investigated and evaluated.”

Professor Joel Tarning, Head of the WWARN Pharmacometrics group who led the study, said: “There are serious knowledge gaps in associations between malnutrition and antimalarial drug efficacy and this study provides key insights. Malnourished children are more severely affected by malaria and they have lower levels of antimalarial drug in their bodies after standard treatment. This needs further study so that we can treat these patients better. Working together with our partners like Epicentre, MSF, MTRC, MORU and the University of Cape Town, we can fill in these research gaps.”

Dr Rebecca Grais, Research Director, Epicentre, the epidemiology and research satellite of Médecins Sans Frontières said: “This study is critical to improve treatment protocols among this highly vulnerable group of children. Children suffering from both severe acute malnutrition and malaria need care the most”

Researchers then used the model to evaluate three alternative dosing regimens to see if this may improve lumefantrine exposure. The dosage regimen was increased, intensified and extended. It was found that an increased dosing regimen would not increase exposure due to the limited ability of severely malnourished children to absorb the drug. However, both the intensified regimen (three-times-daily for three days) and an extended regimen (twice-daily for five days) would result in equivalent exposures in the two groups, bringing the level up for severely malnourished children.

Epicentre, created by Médecins Sans Frontières (MSF) in 1986, conducts field epidemiology activities, research and training in support of MSF’s goal of providing medical aid in areas where people are affected by conflict, epidemics, disasters, or otherwise have poor or non-existent access to health care. This research was supported by Médecins Sans Frontières-Switzerland.

International research community calls for recognition of forests’ role in…