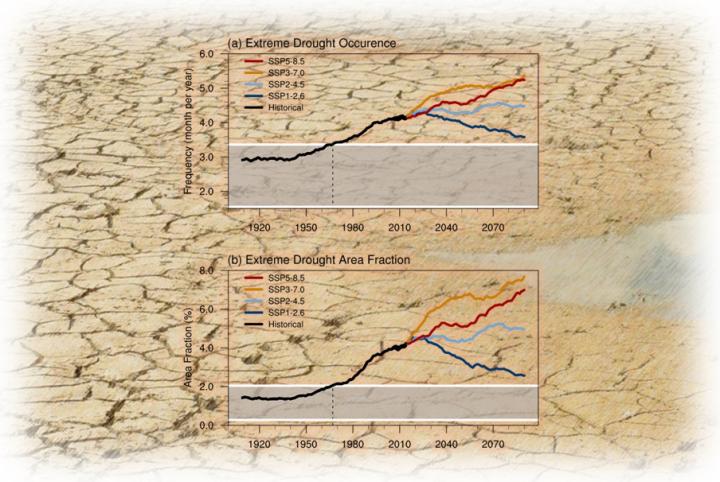 Southeast Asian monsoon region falls in the warm and humid tropics modulated by Asian monsoon. It is home to nearly 15% of the world’s tropical forests and one of the biodiversity hotspots in the world.

With the unprecedented urbanization and population growing rate, water scarcity issues have already posed a serious challenge for sustainable development in Southeast Asian monsoon region. However, the impact of anthropogenic forcing, such as greenhouse gases and anthropogenic aerosols, on extreme drought events in the region is still unclear.

Their findings were published in Geophysical Research Letters on June 1.

They revealed an increasing drought risk for 1951-2018 due to more frequent and wide-spread droughts over the Southeast Asian monsoon region.

They also detected the influence of anthropogenic forcing, which has increased the likelihood of the extreme droughts in historical simulation by reducing precipitation and enhancing evapotranspiration.

The time of emergence (ToE) of anthropogenic forcing in extreme drought frequency and affected area firstly appeared around the 1960s. Even though drought risk will start to decrease since the 2030s in the future under the lowest emission scenario of CMIP6, the projected drought risks are still beyond the changes caused by nature alone.