Antarctica: How have temperatures varied since the last glacial period? 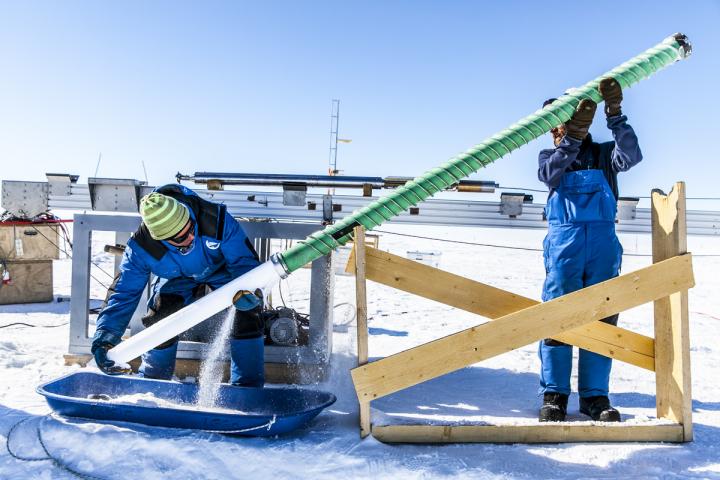 Antarctica has experienced significant temperature changes, especially since the last glacial period. An international collaboration including scientists from the CNRS1 has now challenged previously accepted estimates of these variations, using new measurements published on June 4, 2021 in Science. Their study highlights differences in behaviour between East and West Antarctica, connected in particular to differing variations in their altitude.

Surface temperatures in Antarctica have risen sharply since the last glacial period. Understanding this increase is key to understanding changes in climate at any given time and to testing our ability to model them. A study involving French scientists now provides the most reliable estimates to date of past temperature variations in Antarctica. Whereas warming since the last glacial period was until now estimated at +9 °C across the entire continent, the new measurements reveal a variation of +10 °C in West Antarctica and between +4 and +7 °C in East Antarctica.

Scientists previously estimated past temperatures using an isotopic thermometer, in other words, by analysing the ratio of different isotopic forms of water. However, the accuracy of this method relies on a calibration that is hard to implement in Antarctica. Now, two new independent methods have been developed in order to overcome this problem. The first consists in measuring the temperature in the boreholes resulting from coring2. The tremendous thickness of the Antarctic ice sheet means that records are well-preserved and can be used to reconstruct past temperatures. The second method is based on the process of snow densification, which is temperature-sensitive and can be measured by analysing the air trapped in ice cores. The two measurements gave similar results, confirming their reliability.

This work highlights the impact on temperature changes in Antarctica caused by variations in the altitude of the ice. It demonstrates the significant differences between East Antarctica, whose elevation has increased slightly since the last glacial period, and West Antarctica, where it has decreased considerably. The data was compared with climate models3 in order to better understand past temperature changes and improve confidence in future projections.