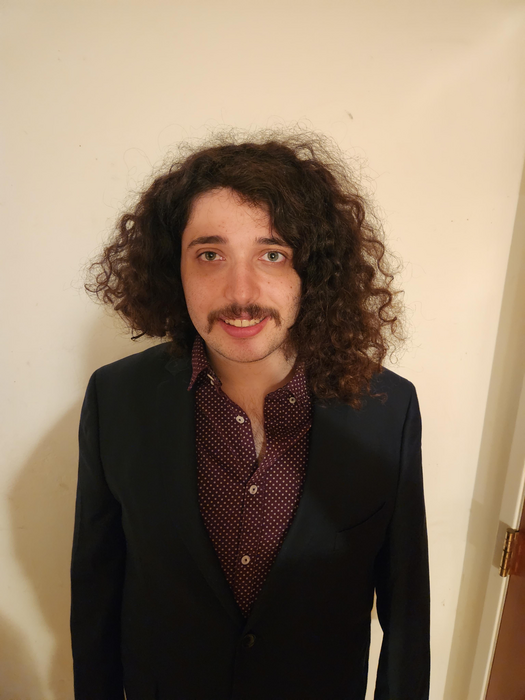 “The 2022 SETI Forward applications were the most diverse and qualified applicants we’ve ever had representing nations and institutions from around the globe,” said Lew Levy, founder and chair of the SETI Forward committee, long-time SETI Institute supporter and member of its Council of Advisors. “It is great to see the progression of people entering the fields of SETI and astrobiology.” Levy conceived of the idea of SETI Forward through his involvement with interns at Berkeley Center Research Cwenter and partnered with SETI Institute trustee Dane Glasgow to establish the award.

The SETI Forward award was launched in 2018 to support undergraduate students interested in pursuing careers in SETI and astrobiology. Each year, dozens of students intern with the SETI Institute and other universities and science institutes, but many pivot to other fields, resulting in fewer talented researchers focused on the search for life beyond Earth. SETI Forward aims to help bridge the gap between their internships, graduate school, and jobs by providing stipends to facilitate research collaborations or participation in scientific conferences.

Benjamin Fields
Benjamin attends Wheaton College and did his internship at Wheaton. His research focused on archival data Optical SETI. Specifically, he surveyed spectra taken by the European Southern Observatory’s (ESO) High Accuracy Radial velocity Planet Searcher (HARPS) spectrograph to see if it may have captured evidence of laser communications from extraterrestrial civilizations. Since HARPS is not primarily used to look for intelligently produced signals, there may be unnoticed technosignatures in the archived data. Ben wrote an algorithm that searched for anomalous energy spikes in the spectra of 2,821 stars that flagged candidate signals for follow-up investigation. He compared these strange energy spikes to natural stellar emission lines, signatures of the Earth’s aurorae, and cosmic rays bombarding the CCD to ascertain whether they are natural or potentially extraterrestrial in origin. Ultimately my goal is to share it with the technosignature research community, and the SETI Forward Award gives me an excellent opportunity to do so!

“The search for extraterrestrial life is my greatest passion and has been for as long as I can remember,” said Fields. It remains one of the biggest fundamental questions we might answer with the tools of science, and one which I hope to dedicate myself to advancing. The SETI Forward Award represents an unparalleled opportunity to carve out this path, and I am honored to receive it.”

Ze-Wen Koh
Ze-Wen attends Cornell University and did her internship at Cornell. The main idea driving her work is that Europa’s seafloor topography could reveal information about the nature of Europa’s geologic activity, which may manifest in the form of active volcanism or hydrothermal circulation at its seafloor. Ze-Wen created a suite of models to determine whether the topography of Europa’s seafloor will be detectable from the upcoming Europa Clipper mission’s gravity science experiments. She also modeled Europa’s seafloor scaled from other geologically active bodies such as Earth, Venus and Io to determine how detectable volcanism and plate tectonics would be at Europa. The team found, in general, that the coarse style of Europa’s seafloor topography is indeed detectable from a gravity science experiment of Clipper’s resolution and published the results in their paper.

“Working on this project and receiving the SETI Forward award has affirmed that I’m working on valuable science in the search for life and that I have a place in this field,” said Koh. “I’m excited to contribute to a growing diversity of perspectives in astronomy and continue pursuing the question of dynamic habitability: how planetary surfaces, atmospheres and interiors evolve, and their resulting viability as hosts for life. After graduation, I hope to pursue a PhD in Planetary Science to further explore these research interests, followed by a career in academia or research.”

Lana Tilke
Lana attends Connecticut College and did her internship at the University of California, Berkeley. She was mentored by Dr. Steve Croft and the SETI Institute’s Dr. Ann Marie Cody. Her research involved conducting machine learning-enabled follow-up on TESS data to search for anomalies potentially indicative of technological megastructures.

“As a lifelong science fan, both factual and fictional, working in the field of SETI has been a goal of mine ever since I participated in Zooniverse’s Kepler Planet Hunters campaign as a child,” said Tilke. “I am honored for the support I have received from the SETI Institute and am eager to see where my career takes me, whether I become a research scientist, professor, science communicator, or all of the above!”

The 2022 SETI Forward recipients will receive their awards at the next Drake Awards event in May 2023.

About the SETI Institute
Founded in 1984, the SETI Institute is a non-profit, multi-disciplinary research and education organization whose mission is to lead humanity’s quest to understand the origins and prevalence of life and intelligence in the Universe and to share that knowledge with the world. Our research encompasses the physical and biological sciences and leverages expertise in data analytics, machine learning and advanced signal detection technologies. The SETI Institute is a distinguished research partner for industry, academia and government agencies, including NASA and NSF.