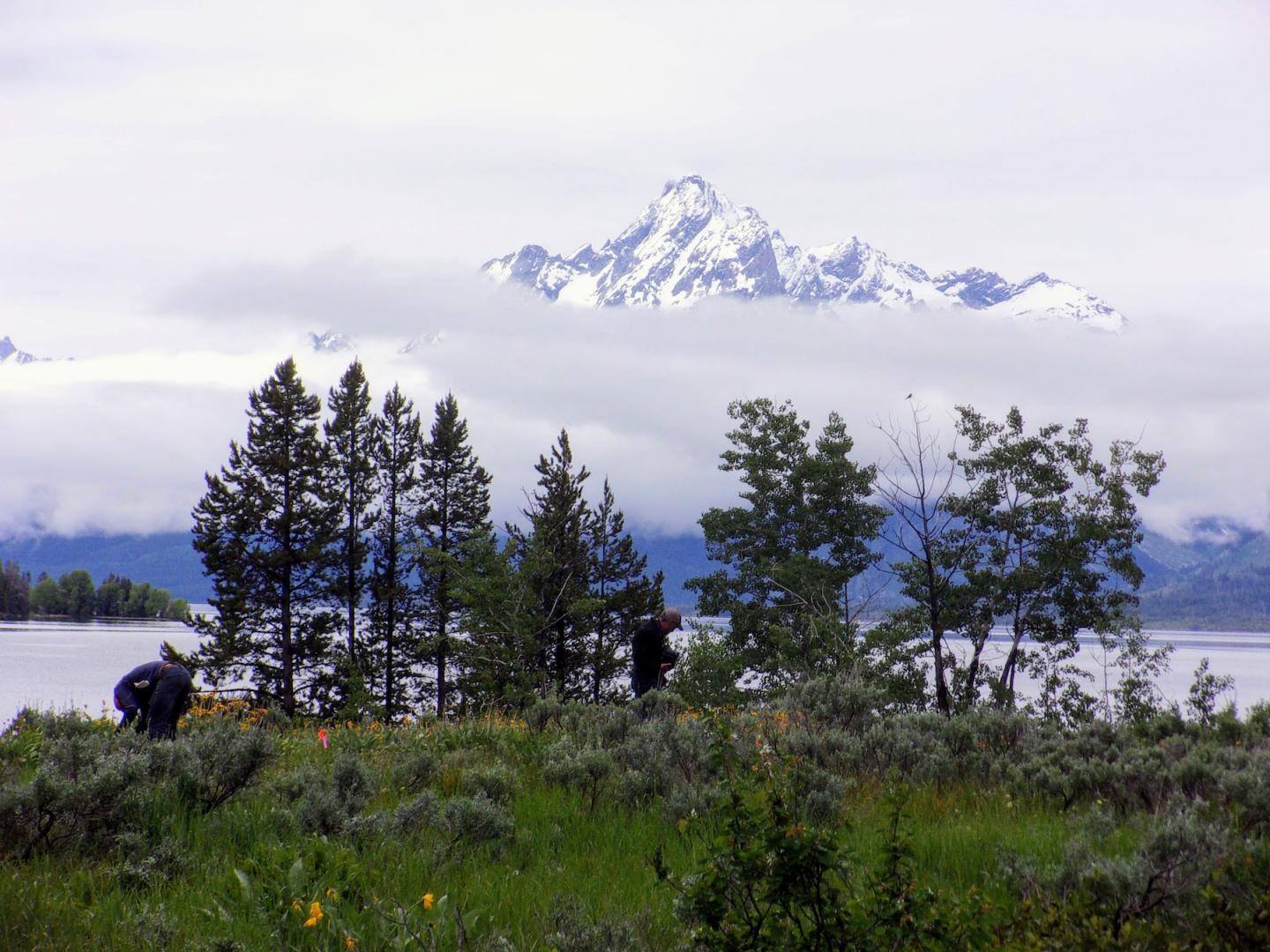 Birds build nests to keep eggs and baby nestlings warm during cool weather, but also make adjustments in nest insulation in such a way the little ones can keep cool in very hot conditions. Mammals, such as rabbits or groundhogs, sleep or hibernate in underground burrows that provide stable, moderate temperatures and avoid above-ground conditions that often are far more extreme outside the burrow.

Michael Dillon, an associate professor in the University of Wyoming Department of Zoology and Physiology, was part of a research group that examined animals’ ability to respond to climate change likely depends on how well they modify their habitats, such as nests and burrows.

So, how are these animals doing? Are they succeeding, struggling, or are their efforts a mixed bag in adapting their habitats to climate change?

“One of the key reasons that we wrote this paper is that we don’t know the answer to this very important question!,” Dillon says. “We hope the paper will encourage scientists to begin answering this question.”

Dillon is a co-author of a paper, titled “Extended Phenotypes: Buffers or Amplifiers of Climate Change?,” that was published June 16 in Trends in Ecology & Evolution. The journal publishes commissioned, peer-reviewed articles in all areas of ecology and evolutionary science.

The study investigated extended phenotypes, which are modifications that organisms — birds, insects and mammals — make to their habitats.

“An extended phenotype can range from simply a hole in the ground occupied by an animal to leaves rolled into cavities by insects, to nests of all shapes and sizes built by birds and mammals, to termite mounds and bee colonies,” Dillon says.

Extended phenotypes are important because they filter climate into local sets of conditions immediately around the organism. This is what biologists call the microclimate.

“One example might be a bird nest that is well insulated to protect eggs or young birds from cold. As climates warm, if the bird does not adjust insulation in the nest, it may, in fact, cause the young to overheat,” Dillon explains.

In another prime example, termites build mounds that capture wind and solar energy to drive airflow through the colony, which stabilizes temperature, relative humidity and oxygen levels experienced by the colony.

However, the idea of microclimates is broader than constructed habitats. Microclimates typically differ substantially from nearby climates, which means that the climate in an area may provide little information about what animals experience in their microhabitats.

As an analogy, although a weather station might tell the public that the temperature in Laramie is 90 degrees Fahrenheit, simply by moving from the south to the north side of a building, one can experience microclimates that are strikingly different and often not captured by the weather data, Dillon says.

The same is true of animals of many different sizes. For example, a moose can move from an open sagebrush landscape to a shaded river corridor to cool off; a snake can move from its underground hole to a sunny rock to warm up; and a tiny insect shuttling between the top and bottom of a leaf can experience temperature differences of more than 20 degrees Fahrenheit.

“So, animals use microclimates, both by simply moving but also by building structures, such as nests, burrows, mounds and mines,” Dillon says.

Across the globe, rising levels of carbon dioxide in the Earth’s atmosphere are causing temperatures to rise and precipitation patterns to shift. For biologists, a key problem is to understand current effects of climate change on species, and to predict future effects, including how species’ ranges may shift and what the relative risks of extinction are for different animal species’ groups.

“We need a much better understanding of the basic biophysical principles by which extended phenotypes alter local conditions,” says Sylvain Pincebourde, an ecologist in the Insect Biology Research Institute at the University of Tours and one of the paper’s co-authors.

Another key challenge is to understand how much plasticity there is in extended phenotypes, and how much and how rapidly they can evolve.

“At this point, we pretty much have no idea,” Dillon says. “Can structures that buffer temperature variability keep up with the pace of climate change?”