Anglo-Saxon ancestry was ‘mixed and mutable’ 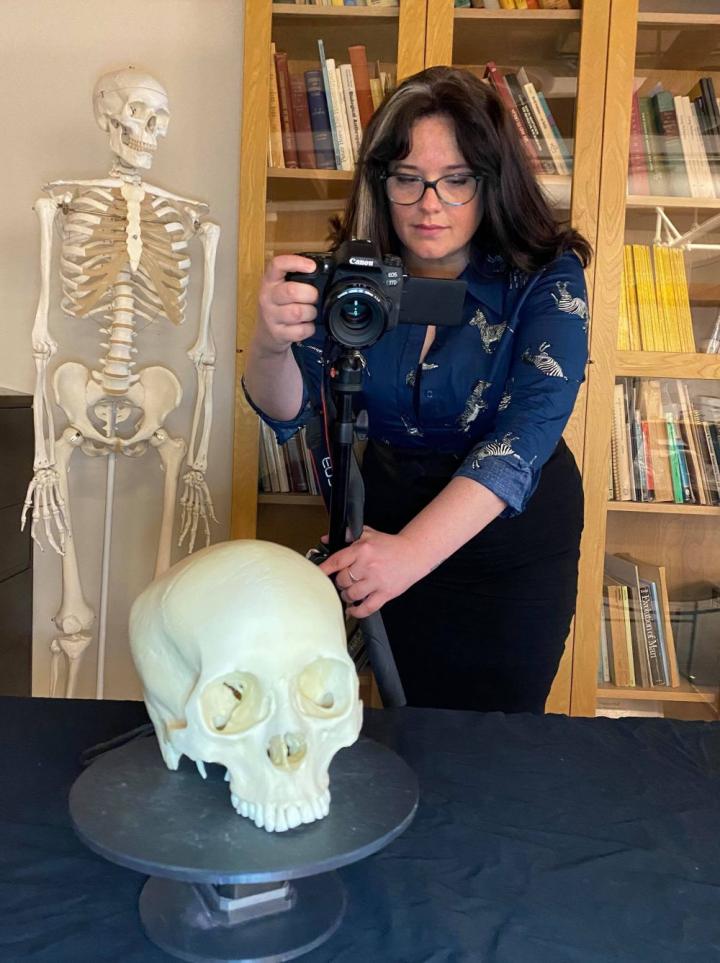 The ancestry of early Anglo-Saxons, a subject of some debate, included immigrants from continental Europe as well as people indigenous to Great Britain, according to a study published June 23, 2021 in the open-access journal PLOS ONE by Kimberly Plomp of Simon Fraser University, British Columbia and colleagues.

Between the 5th and 7th centuries CE, Germanic-speaking people from continental Europe settled across the island of Great Britain, leading to the formation of the Anglo-Saxon ethnic group, and eventually to the development of the English language and the Kingdom of England. Historical texts describe this event as an invasion, where continental immigrants replaced indigenous people, but some archaeological evidence contradicts this story, indicating that many early Anglo-Saxons in Great Britain were of local origin.

In this study, the authors sought to determine the ancestry of Anglo-Saxons by comparing their skull anatomy to that of indigenous and continental individuals. They used 3D shape analysis to compare 236 individuals from Early and Middle Anglo-Saxon cemeteries (410-899 CE), pre-Medieval sites in England (800 BCE-410 CE), and Iron Age sites in Denmark (800 BCE-399CE). The results indicate that, among Early Anglo-Saxon skeletons, 25-33% were of local ancestry, while among Middle Anglo-Saxon skeletons, 50-70% were local.

Thus, this study finds that Anglo-Saxons comprised individuals of both local and continental ancestry, and that the ratio between the two changed over time, possibly due to variations in immigration patterns. These results conflict with some previous data from historical texts, as well as isotopic and genetic analyses. The authors propose that future studies, sampling a wider selection of skulls and examining more regions of the skull, might provide more information to resolve these questions of Anglo-Saxon ancestry.

“Palaeoanthropologists have found that when the base of the human skull is analysed in 3D, it can be used to track relationships among human populations in a similar way to ancient DNA,” explains Dr Plomp. “Based on this, we collected 3D data from suitably dated skeletal collections from Britain and Denmark, and then analysed the data to estimate the ancestry of the Anglo-Saxon individuals in the sample.”

Professor Collard adds, “these findings tell us that being Anglo-Saxon was a matter of language and culture, not genetics”.

According to Professor Dobney, the team’s results indicate that “the Anglo-Saxon kingdoms of early Medieval Britain were strikingly similar to contemporary Britain–full of people of different ancestries sharing a common language and culture.”

In your coverage please use this URL to provide access to the freely available article in PLOS ONE: https://journals.plos.org/plosone/article?id=10.1371/journal.pone.0252477