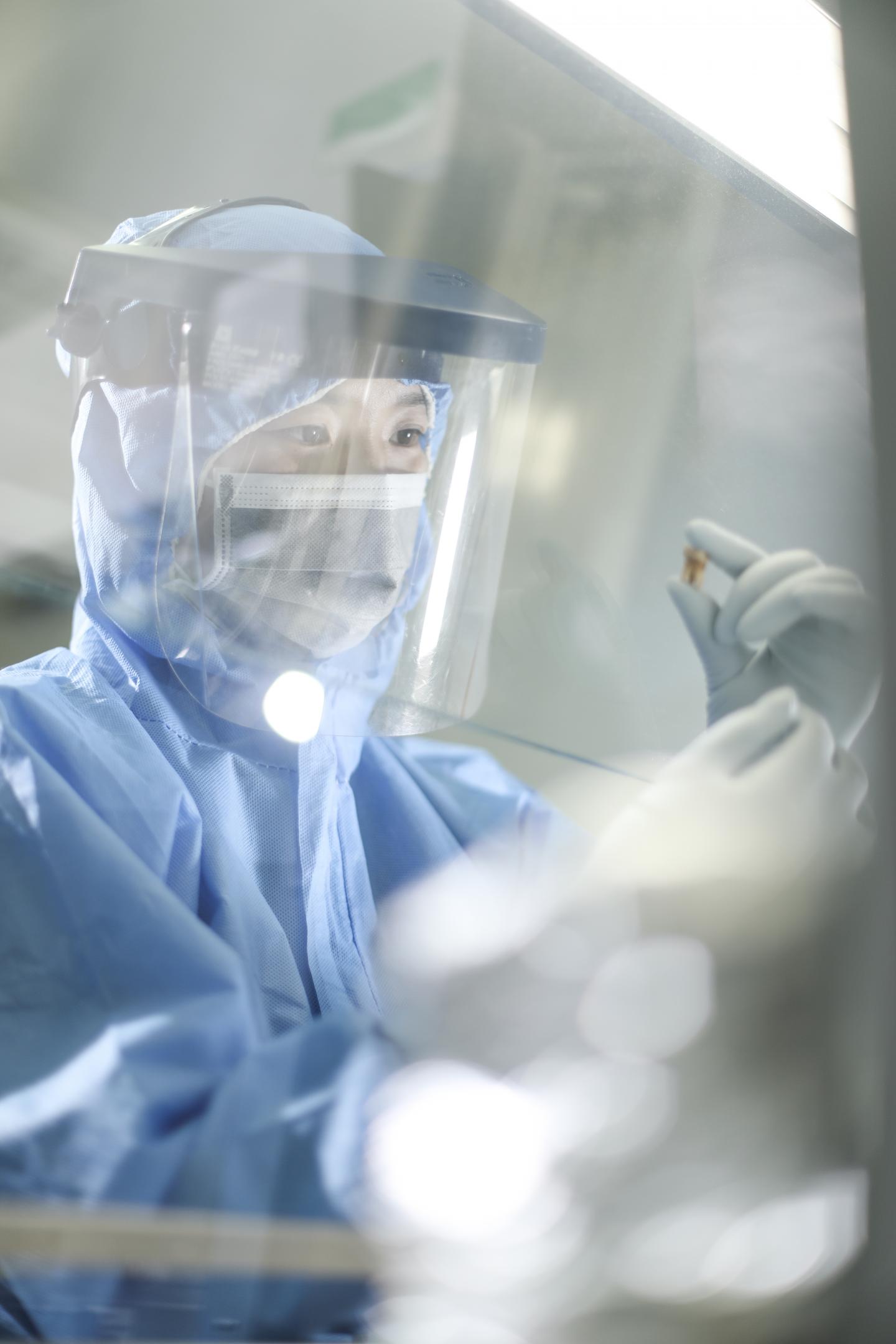 Newly released genomes from Neolithic East Asia have unveiled a missing piece of human prehistory, according to a study conducted by Prof. FU Qiaomei’s team from the Institute of Vertebrate Paleontology and Paleoanthropology (IVPP) of the Chinese Academy of Sciences.

The study, published in Science on May 14, reveals that population movement played a profound role in the early genetic history of East Asians.

The researchers used advanced ancient DNA capture techniques to retrieve ancient DNA from 25 individuals dating back 9,500-4,200 years and one individual dating back 300 years from northern and southern East Asia.

The newly sequenced DNA casts a spotlight on an important period in East Asia’s early history: the transition from hunter-gathering to agricultural economies.

One hypothesis for population movement in East Asia is that during the Neolithic, a “second layer” of agriculturalists replaced a “first layer” of hunter-gatherers in East and Southeast Asia.

Prof. FU and her team found that these Neolithic humans share the closest genetic relationship to present-day East Asians who belong to this “second layer.” This suggests that by 9,500 years ago, the primary ancestries composing the genetic makeup of East Asians today could already be found in mainland East Asia.

While more divergent ancestries can be found in Southeast Asia and the Japanese archipelago, in the Chinese mainland, Neolithic populations already displayed genetic features belonging to present-day East Asians.

Notably, this includes the Early Neolithic southern East Asians dating to ~8,000 years from this study that should have been “first layer” early Asians, according to the earlier hypothesis. In fact, Prof. FU and her team showed that they shared a closer relationship to present-day “second layer” East Asians. Thus, the results of the current study fail to support a “two layer” dispersal model in Neolithic East Asia in this area.

The scientists also found that Early Neolithic East Asians were more genetically differentiated from each other than present-day East Asians are. In early Neolithic East Asia since 9,500 BP, a northern ancestry existed along the Yellow River and up into the eastern steppes of Siberia, distinct from a southern ancestry that existed along the coast of the southern Chinese mainland and islands in the Taiwan Strait since 8,400 BP.

Further analyses show that they are almost all a mixture of northern and southern ancestry from Neolithic East Asia, with northern ancestry playing a larger role. Population movement, particularly from the north along the Yellow River southward was a prominent part of East Asian prehistory after the Neolithic.

Interestingly, present-day Han Chinese in all provinces, north and south, show a similar amount of northern and southern influences.

Southern ancestry, while less represented in mainland East Asia today, had extensive influence on other regions. Present-day Austronesian speakers, who share a close genetic relationship to present-day mainland East Asians but live across a wide swath of islands in Southeast Asia and the Southwest Pacific, show a remarkably close genetic relationship to Neolithic populations from the southern coast of China.

Archaeological materials dating back to the Middle Neolithic have long hinted at the connection between Austronesian islanders and populations in mainland East Asia. Now, the genetic relationships uncovered by Prof. FU and her team show unambiguous evidence that Austronesian speakers today originated from a proto-Austronesian population that derived from southern China at least 8,400 year ago.

The history revealed by these 26 ancient humans highlights the profound impact that population movement and mixture had on human history, but they also reveal continuity that extends back 9,500 years. Unlike in Europe, influences from Central Asia had no role in the formation of East Asian ancestry, with mixing largely occurring regionally between northern and southern populations in East Asia.

The whole slate of ancestries present across East Asia during the Neolithic is still unknown, as genome-wide data have not been retrieved from many inland regions of mainland East Asia.

But coastal connections between ancient populations in Siberia, Japan, China, and Southeast Asia suggest that as more ancient DNA is retrieved and studied, a complex history of population contact and admixture in East Asian human prehistory will be revealed.