Anaemic star carries the mark of its ancient ancestor

Australian-led astronomers find the most iron-poor star in the Galaxy, hinting at the nature of the first stars in the Universe 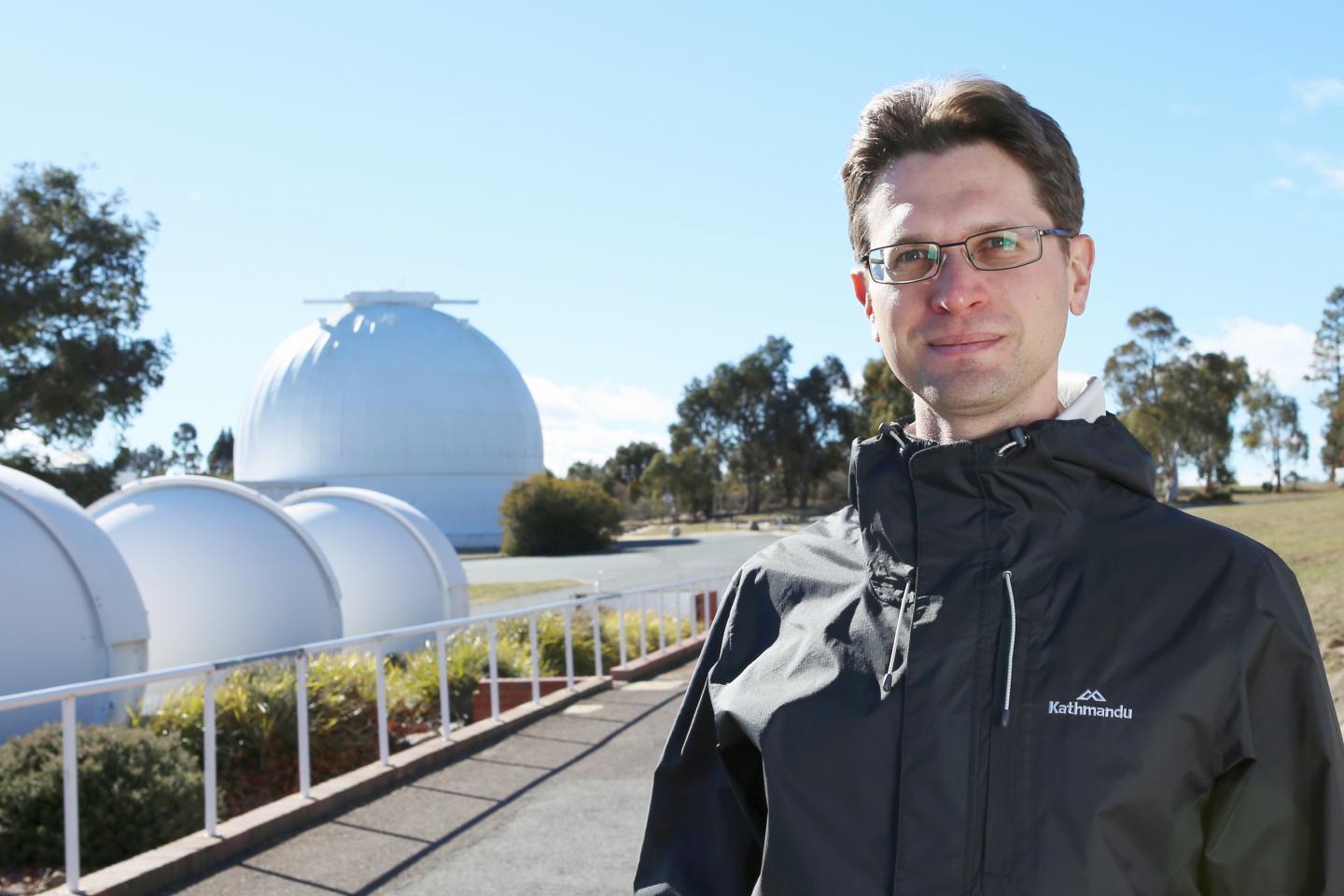 A newly discovered ancient star containing a record-low amount of iron carries evidence of a class of even older stars, long hypothesised but assumed to have vanished.

In a paper published in the journal Monthly Notices of the Royal Astronomical Society: Letters, researchers led by Dr Thomas Nordlander of the ARC Centre of Excellence for All Sky Astrophysics in 3 Dimensions (ASTRO 3D) confirm the existence of an ultra-metal-poor red giant star, located in the halo of the Milky Way, on the other side of the Galaxy about 35,000 light-years from Earth.

Dr Nordlander, from the Australian National University (ANU) node of ASTRO 3D, together with colleagues from Australia, the US and Europe, located the star using the university’s dedicated SkyMapper Telescope at the Siding Spring Observatory in NSW.

Spectroscopic analysis indicated that the star had an iron content of just one part per 50 billion.

“That’s like one drop of water in an Olympic swimming pool,” explains Dr Nordlander.

“This incredibly anaemic star, which likely formed just a few hundred million years after the Big Bang, has iron levels 1.5 million times lower than that of the Sun.”

Its diminutive iron content is enough to place the star – formally dubbed SMSS J160540.18-144323.1 – into the record books, but it is what that low level implies about its origin that has the astronomers really excited.

The very first stars in the Universe are thought to have consisted of only hydrogen and helium, along with traces of lithium. These elements were created in the immediate aftermath of the Big Bang, while all heavier elements have emerged from the heat and pressure of cataclysmic supernovae – titanic explosions of stars. Stars like the Sun that are rich in heavy element therefore contain material from many generations of stars exploding as supernovae.

As none of the first stars have yet been found, their properties remain hypothetical. They were long expected to have been incredibly massive, perhaps hundreds of times more massive than the Sun, and to have exploded in incredibly energetic supernovae known as hypernovae.

Dr Nordlander and colleagues suggest that the star was formed after one of the first stars exploded. That exploding star is found to have been rather unimpressive, just ten times more massive than the Sun, and to have exploded only feebly (by astronomical scales) so that most of the heavy elements created in the supernova fell back into the remnant neutron star left behind.

Only a small amount of newly forged iron escaped the remnant’s gravitational pull and went on, in concert with far larger amounts of lighter elements, to form a new star – one of the very first second generation stars, that has now been discovered.

Co-researcher Professor Martin Asplund, a chief investigator of ASTRO 3D at ANU, said it was unlikely that any true first stars have survived to the present day.

“The good news is that we can study the first stars through their children – the stars that came after them like the one we’ve discovered,” he says.

Using a specially-built, 1.3-meter telescope at Siding Spring Observatory near Coonabarabran, the SkyMapper Southern Sky Survey is producing a high-fidelity digital record of the entire southern sky for Australian astronomers.

SkyMapper’s Southern Sky Survey is led by the Research School of Astronomy and Astrophysics at the Australian National University, in collaboration with seven Australian universities and the Australian Astronomical Observatory. The goal of the project is to create a deep, multi-epoch, multi-colour digital survey of the entire southern sky. This will facilitate a broad range of exciting science, including discovering the oldest stars in the Galaxy, finding new dwarf galaxies in orbit around the Milky Way, and measuring the effects of Dark Energy on the Universe through nearby supernovae.

2.ARC Centre of Excellence for All Sky Astrophysics in 3 Dimensions (ASTRO 3D), Australia

Unmasking the hidden burden of tuberculosis in Mozambique

‘Low’ socioeconomic status is the biggest barrier to STEM participation

Scienmag Aug 27, 2019
Credit: Karunambigai Kalichamy PIM kinases are enzymes that are evolutionarily well conserved in both…

Death of STAT lab tests could be good for patient care