For the first time, researchers at the University of Rochester have developed an optical coating that can simultaneously reflect and transmit the same wavelength, or color 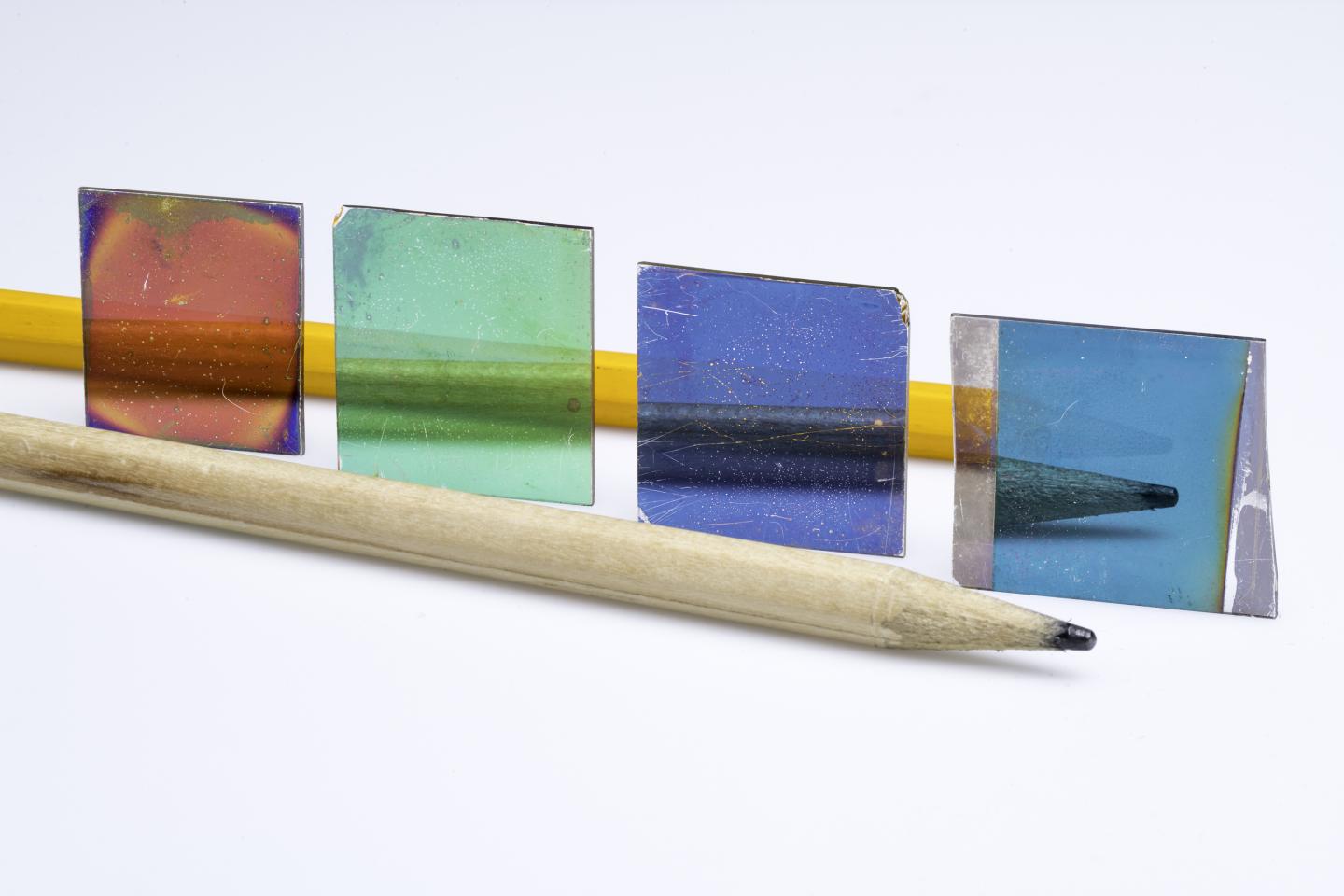 But until now, no optical coating had ever been developed that could simultaneously reflect and transmit the same wavelength, or color.

In a paper in Nature Nanotechnology, researchers at the University of Rochester and Case Western Reserve University describe a new class of optical coatings, so-called Fano Resonance Optical Coatings (FROCs), that can be used on filters to reflect and transmit colors of remarkable purity.

In addition, the coating can be made to fully reflect only a very narrow wavelength range.

“The narrowness of the reflected light is important because we want to have a very precise control of the wavelength,” says corresponding author Chunlei Guo, professor at Rochester’s Institute of Optics. “Before our technology, the only coating that could do this was a multilayered dielectric mirror, that is much thicker, suffers from a strong angular dependence, and is far more expensive to make. Thus, our coating can be a low-cost and high-performance alternative.”

The researchers envision a few applications for the new technology. For example, they show how FROCs could be used to separate thermal and photovoltaic bands of the solar spectrum. Such capability could improve the effectiveness of devices that use hybrid thermal-electric power generation as a solar energy option. “Directing only the useful band of the solar spectrum to a photovoltaic cell prevents its overheating,” says Guo.

The technology could also lead to a six-fold increase in the life of a photovoltaic cell. And the rest of the spectrum “is absorbed as thermal energy, which could be used in other ways, including energy storage for night-time, electricity generation, solar-driven water sanitation, or heating up a supply of water,” Guo says.

“These optical coatings can clearly do a lot of things that other coatings cannot do,” Guo adds. But as with other new discoveries, “it will take a little bit of time for us or other labs to further study this and come up with more applications.

“Even when the laser was invented, people were initially confused about what to do with it. It was a novelty looking for an application.”

The FROC project resulted from a desire to explore “parallel” ways to create unique surfaces that do not involve laser etching. “Some applications are easier with laser, but others are easier without them,” Guo says.

Guo and his colleagues found a simpler way to take advantage of Fano resonance in their optical coatings.

They applied a thin, 15 nanometer-thick film of germanium to a metal surface, creating a surface capable absorbing a broad band of wavelengths. They combined that with a cavity that supports a narrowband resonance. The coupled cavities exhibit Fano resonance that is capable of reflecting a very narrow band of light.

Other coauthors at the University of Rochester include lead author Mohamed ElKabbash and Jihua Zhang, both postdoctoral associates; Sohail Jalil and Chun-Hao Fann, both graduate students; and James Rutledge ’19, who worked on the project as an undergraduate major in optical engineering, all in the Guo lab. Coauthors at Case Western Reserve University include Giuseppe Strangi, professor of physics; Michael Hinczewski, associate professor of physics, and, from the Strangi lab, Andrew Lininger, PhD student, and Theodore Letsou and Nathaniel Hoffman, former undergraduate research assistants.

The project was supported by funding from the Army Research Office, the National Science Foundation, and AlchLight.