BIRMINGHAM, Ala. – Extremely preterm infants have a significant risk of death or severe intracranial hemorrhage in the first seven days of life. 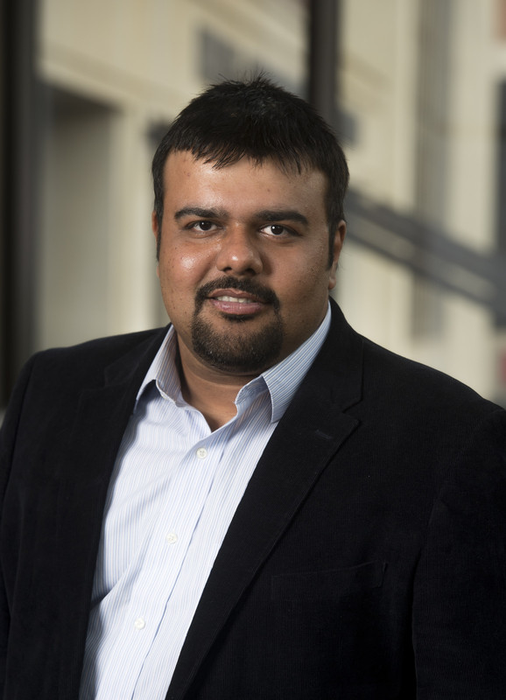 BIRMINGHAM, Ala. – Extremely preterm infants have a significant risk of death or severe intracranial hemorrhage in the first seven days of life.

For six and a half years, staff at the University of Alabama at Birmingham Regional Neonatal Intensive Care Unit planned and instituted a comprehensive, evidence-based quality-improvement initiative — now called the Golden Week Program — to reduce that death and severe brain bleeding. The study included 820 extremely preterm infants born at UAB, with an average gestational age of 25 weeks, 3 days and a median weight of 1 pound, 10 ounces.

Planning began with a comprehensive literature review to develop evidence-based guidelines for the care of these extremely preterm infants, both in UAB’s Regional Neonatal Intensive Care Unit and in labor and delivery at the time of birth.

The UAB researchers, led by Charitharth Vivek Lal, M.D., senior author of the Pediatrics study, then introduced multiple evidence-based, potentially better practices — a grouping known as a bundle. In medical care, bundles have helped improve delivery room care and perinatal survival and reduce central line-associated bloodstream infections. Colm Travers, M.D., is the first author of the study and was a neonatal fellow when this study started in 2015. Travers led the study execution with Lal.

The comprehensive bundle for interdisciplinary teams in the UAB RNICU included specific electronic order sets to help improve compliance. Changes in care included improved targeting of blood carbon dioxide and pH levels, lower use of medications that change the force of the heart’s contraction, improved adherence to delayed umbilical cord clamping after birth, expanding the prophylactic use of a non-steroidal anti-inflammatory drugs, and avoiding sodium bicarbonate administration.

There were also changes like a twice-daily rounding checklist with a flow chart for ventilator settings, blood gas values, and fluid and electrolyte balances, as well as nurse-led checklists. Other changes included implementation of standardized delivery room practices and, for the first three days of life, maintaining a midline head position for the infant, weighing every 12 hours to help manage fluid and electrolytes, and checking blood sodium levels every 12 hours.

In October 2018, 42 months into the study, the researchers began a Golden Week-specific service, and in January 2019, a dedicated team of Golden Week nurse practitioners began to care for these infants.

“It is possible that some of the potentially better practices we selected may prove ineffective in randomized controlled trials; but by introducing multiple practices, we may have mitigated the problem of implementing ineffective practices,” Lal said. “With this study, we observed improvement in death or severe intracranial hemorrhage in the first week after birth. It is not known whether this will translate into lower rates of death or neurodevelopmental impairment at follow-up, although severity of intracranial hemorrhage predicts later outcomes.”

The UAB RNICU is an academic quaternary referral center with about 1,400 admissions annually, including 130 inborn extremely preterm infants from 22 weeks, 0 days to 27 weeks, 6 days gestation, the gestational range used in the study. Care for the average daily census of 90 infants in the RNICU comes from a staff of more than 350, including nurses, respiratory therapists, pediatric residents, neonatal fellows, neonatal faculty, maternal-fetal medicine fellows and maternal-fetal medicine faculty.