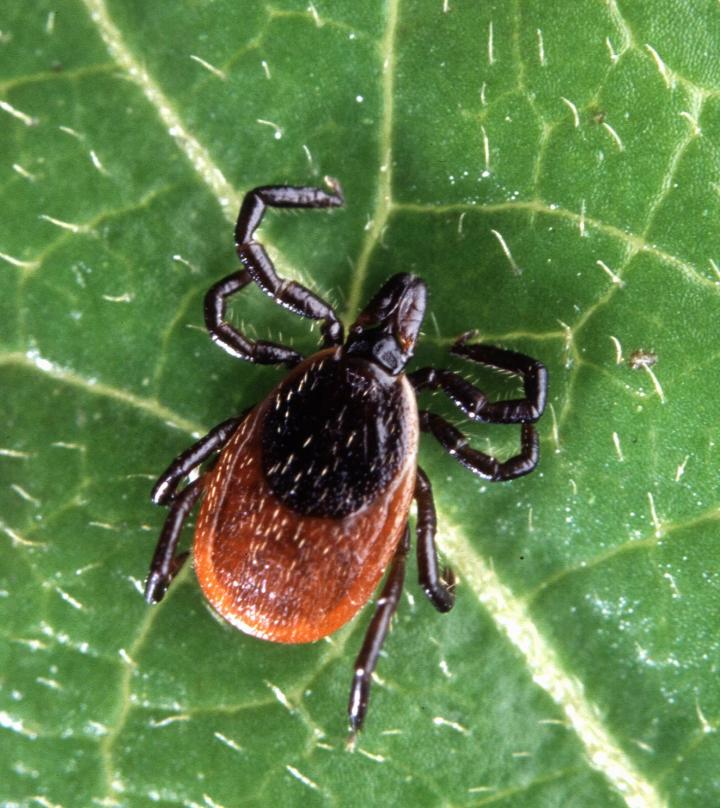 When researchers examined the mitochondrial DNA of Ötzi, a man entombed in ice high in the Tyrolean Alps some 5,300 years ago, they made a startling discovery. Secreted within the tangles of the ice man’s genetic code was evidence he’d been infected with a bacterial pathogen, Borrelia burgdorferi. Ötzi is the first known case of Lyme disease.

Today, Lyme disease is a mounting health concern, with estimates of over 300,000 cases in the US annually. The illness, which produces a constellation of symptoms, has been notoriously tricky to diagnose.

In new research, Joshua LaBaer, executive director of the Biodesign Institute at Arizona State University and his colleagues describe an early detection method for pinpointing molecular signatures of the disease with high accuracy.

Effective treatments for infectious disease usually require early identification of the suspected pathogen or a diagnostic signal of its presence in fluids or tissues, known as a biomarker. This goal, however, has proven elusive in the case of Lyme disease. Existing methods for diagnosis are imprecise and often require days or weeks for test results. Currently, there is no vaccine against the disease.

The new technique, which uses a multi-platform approach to isolate candidate biomarkers for B. burgdorferi, may be applicable to a broad range of infectious diseases. The study uncovers six potential biomarkers that may be used in combination to make an accurate and early identification of Lyme disease.

While the research was conducted in an animal model of the disease and will require final validation in humans, the study results suggest the method may offer a powerful new approach to identifying this enigmatic illness, as well as other diagnostically challenging infectious diseases.

“This study represents a growing new paradigm for medical diagnostics,” LaBaer says. “Increasingly, we have realized that the old approach of measuring a single analyte as an indicator for all infected individuals does not work for many pathogens. Ironically, the old approach was partly established with another spirochete, Treponema pallidum (syphilis), where a single antibody was sufficient to identify most cases. But we now see that many pathogens are not so simple because different patients sometimes respond differently and require a multi-platform approach like this to find multiple markers. A single test would miss too many patients.”

In addition to directing the Biodesign Institute, LaBaer is the director of the Biodesign Virginia G. Piper Center for Personalized Diagnostics. He is joined by Biodesign colleagues D. Mitchell Magee and Lusheng Song.

David P. AuCoin of the Department of Microbiology and Immunology, Reno School of Medicine devised and oversaw the study and is the paper’s corresponding author.

The research recently appeared in the journal Frontiers in Cellular and Infection Microbiology.

Lurking in the underbrush

For a variety of reasons, Lyme disease, a potentially serious illness transmitted by blacklegged ticks, has been on an alarming ascent. Warmer winters have allowed ticks to become active earlier in the season and to colonize new regions, while changing patterns of land use have facilitated the reproduction and spread of these insects.

In the northeastern, mid-Atlantic, and north-central United States, Lyme disease is spread by the blacklegged tick or deer tick, Ixodes scapularis, whereas the Western blacklegged tick Ixodes pacificus, spreads the disease on the Pacific Coast.

Depending on their species and stage of development, blacklegged ticks can feed on birds, reptiles or amphibians but acquire the bacterial pathogen responsible for Lyme from mammals, when ticks feed on the blood of infected hosts.

Late spring and summer present the highest risk for transmission of Lyme disease. During these months, young ticks in their nymphal stage are active and in search of blood, which is essential to their growth and survival.

Ticks in the nymphal stage are tiny–about the size of a poppyseed and are often difficult to detect. Unlike many other insects, ticks are not capable of flying or jumping. Instead, they rest patiently on the tips of grasses and shrubs in a position known as “questing”, attaching their lower legs to leaves or grass while keeping their upper legs outstretched in search of a suitable host. When the host passes, the waiting tick climbs aboard and begins feeding on the host’s blood.

The saliva of ticks is a complex cocktail of ingredients, including analgesics that help prevent detection of the bite as well as chemicals inducing vasoconstriction, anticoagulants, anti-inflammatory histamines and immune-modulating agents.

In humans, a bullseye-shaped rash known as erythema migrans often follows infection with the bacterium and appears at the site of the tick bite. In some cases, however, no rash occurs. Following infection, a variety of symptoms may ensue, including fever, headache, muscular issues and fatigue.

Generally, Lyme disease can be successfully treated with a course of antibiotics lasting several weeks, provided the disease is detected early enough. This is where the challenge arises. Often, a diagnosis of Lyme only occurs well after symptoms appear, and the peculiar variety of Lyme indicators results in frequent misdiagnosis. If left untreated, the effects of Lyme disease can become long-lasting and severe and may include rheumatologic, cardiac and neurological complications.

Unlike many other pathogens, the bacterial spirochete responsible for Lyme disease cannot easily be grown in the lab, making proper diagnosis dependent on clinical assessment, rather than on laboratory culturing of bacteria.

Presently, there is no consistently reliable signature of infection or biomarker for Lyme disease. Instead, existing assays test for the immune system’s production of antibodies to the bacteria, a time-consuming and inexact method requiring specialized laboratory analysis and several weeks for proper identification.

Detection of Lyme disease based on patient immune response has several drawbacks:

The time required to produce an antibody response following infection can delay treatment by several weeks.

Not all infected patients register as positive in such tests, requiring further testing for confirmation.

Finally, such tests may not distinguish between new infections and those previously treated.

Such delays and inaccuracies are a serious drawback for Lyme detection as they can allow for dissemination of the disease throughout the body, resulting in potentially dangerous consequences. Further, existing analyses that can easily miss cases of Lyme disease when antibody production is below detectable limits or produce false positives in uninfected cases.

The new study attempts to establish reliable biomarkers for Lyme disease with a multi-platform approach. Methods of both direct and indirect detection were used, including mass spectrometry analysis and protein microarrays, which can capture the binding of specific disease antigens present in blood.

The use of multiple platforms enabled the discovery of six candidate biomarkers for Lyme disease in overlapping samples and tests. Direct detection of proteins is made using mass spectroscopy (MS). The indirect diagnostic method ferrets out microbial antigens to B. burgdorferi in blood or potentially, in urine, using a step known as immunoprecipitation. This technique of biomarker enrichment allows researchers to pinpoint proteins circulating during infection below the levels detectable by MS–a crucial advantage particularly during the disease’s earliest phases.

Further validation will be needed before the new technique can find its way into clinical use but a successful biomarker test for Lyme disease would be an impressive feat and may open a new path for diagnosing a broad range of infectious diseases that are resistant to detection by conventional means. Indeed, the multiplatform technique outlined in the new study is currently being used to explore antigenic biomarkers for a pair of diagnostically challenging infectious pathogens, Francisella tularensis and Burkholderia pseudomallei.

Scienmag Mar 13, 2020
Credit: UNIST Metal-Air Batteries (MABs), which use oxygen from ambient air as recourses to store and convert…