An atlas of the bumblebee brain 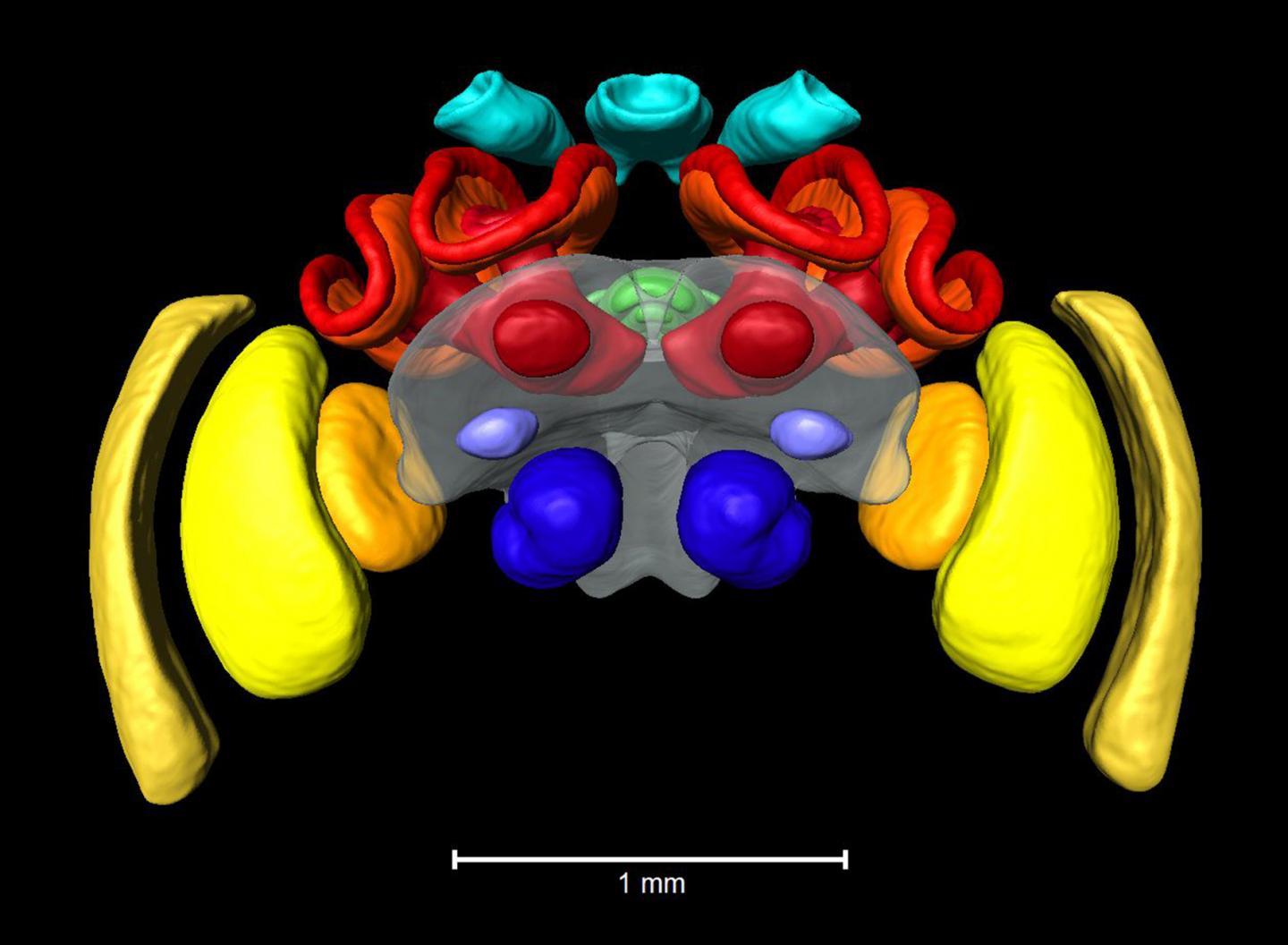 The buff-tailed bumblebee Bombus terrestris is one of the most common bumblebee species in Europe. It is not only active in nature as a pollinator – humans also use it in greenhouses and foil tunnels to get good harvests of tomatoes or strawberries.

The buff-tailed bumblebee is also used in science: “Basic research is increasingly using it as a model organism to analyse learning and memory, the visual system, flight control and navigation abilities,” says Dr. Keram Pfeiffer, Professor of neurobiology at the Biocenter of Julius-Maximilians-Universität (JMU) Würzburg in Bavaria, Germany.

Pfeiffer investigates the neuronal basis of spatial orientation in insects. Together with his doctoral student Lisa Rother and an international team, he is now presenting the first atlas of a buff-tailed bumblebee brain based on computed tomographic (CT) data in the journal Cell and Tissue Research.

To create the atlas, the research team took micro-CT images of ten heads of buff-tailed bumblebees. From these, they first extracted the image data showing the brains. In each of these data stacks, 30 brain regions of the bumblebee were manually reconstructed in three dimensions. On JMU’s high-performance computing cluster Julia, a standard brain was then calculated from the ten data sets, based on their mean values.

“The atlas will be used for research in which neuronal circuits are analysed. The functional principles of such circuits are often generally valid, so they also occur in humans, for example,” explains Pfeiffer.

Similar brain atlases already exist for a number of other insect species. However, none of them are based on micro-CT images, but a combination of immunostaining of synaptic regions and confocal microscopy.

Compared to micro-CT, this technique has two disadvantages: First, the resolution in the z-direction (front to back) is much lower than the lateral resolution. Secondly, a brain must be dissected for immunostaining. In the process, the outer brain regions in particular can be damaged and might shift in position.

Micro-CT allows the brain to be left in the animal. Thus, all parts remain intact and in their natural position. In addition, the resolution of micro-CT images is the same in all directions. This simplifies the later insertion of neuronal data and provides more detail when viewed from the side.

“We are currently also working on an atlas of the bumblebee brain using the conventional method of confocal microscopy,” says Pfeiffer. This method has the advantage – at least at the moment – that the contrast and resolution of the data are better.

In order to combine the advantages of both methods, the conventionally created atlas will be registered into the micro-CT atlas at the end. The result will be an atlas that offers both high resolution and high contrast as well as a realistic spatial position of the individual brain areas in relation to each other.

At the moment, only standard microscopic methods are available for staining individual nerve cells. The data collected with these methods can only be inserted into the standard brain with restrictions. “We therefore want to develop staining protocols that allow neuronal structures to be recorded directly with micro-CT,” announces the JMU neurobiologist.