STEFTR: A hybrid versatile method for state estimation and feature extraction from the trajectory of 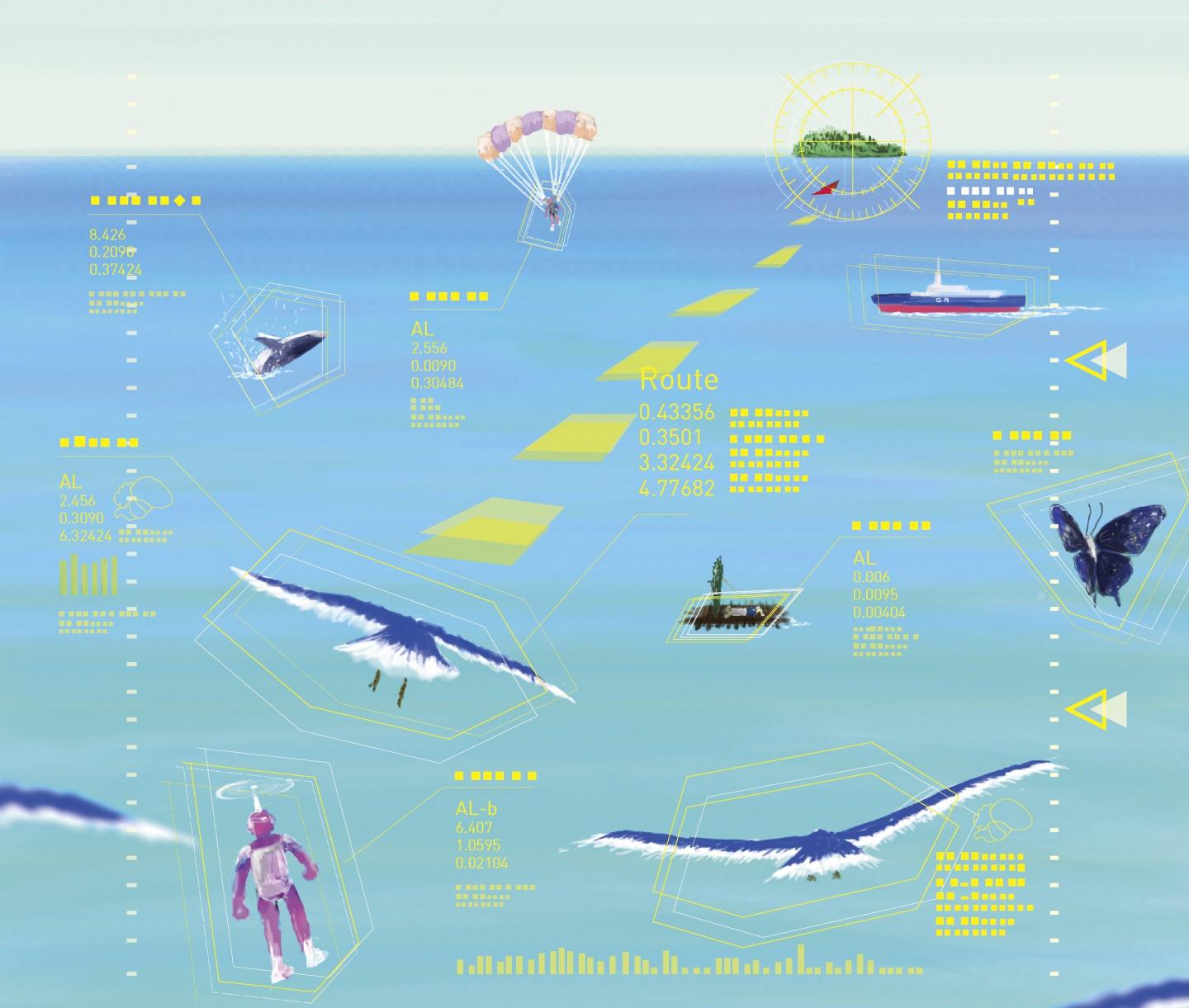 Recording the movements of people and animals (including birds and insects) has become very easy because of the development of small and inexpensive GPS devices and video cameras. However, it is still difficult to infer what triggers such movements (for example, external stimuli and/or their mental processes) from the behavioral records.

In this study, Shuhei Yamazaki and colleagues have developed an artificial intelligence (AI) technology, first, to estimate an animal’s behavioral state, such as “resting”, “feeding”, or “traveling”, without human classification, and, next, to explore the characteristics of each behavioral state by comparing responses under different conditions, such as before and after experiencing a certain stimulus.

This method, termed STEFTR (state estimation and feature extraction of animal behavior), enabled the researchers to estimate the behavioral states of roundworms and penguins that move approximately 1 cm in 10 min in a petri dish and several kilometers in 1 day or more in the Antarctic Ocean, respectively, by analyzing them in exactly the same way. Notably, they achieved > 90% accuracy using only tens of animal trajectories, although traditionally researchers used prior knowledge of specialists about the animal’s movement and/or millions of video images of animal behavior to train AI.

In the feature extraction, Yamazaki et al. revealed experience-dependent (i.e., “learning”-dependent) changes in specific behavioral aspects in worms and bats, and sexual pheromone-dependent changes in fruit flies. Moreover, they revealed changes in nerve activity that is linked to behavioral change in worms.

In conclusion, the STEFTR method may make it easy to infer “important places” for animal behavior, such as nests and feeding places that are usually difficult to find, using only trajectory data of wild animals. In addition, it may help discover important brain activities related to animal behavior, thereby contributing to the progress of basic brain science.

The article “STEFTR: A hybrid versatile method for state estimation and feature extraction from the trajectory of animal behavior” was published in the journal of Frontiers in Neuroscience at https://doi.org/10.3389/fnins.2019.00626

Flies may also spread disease among monkeys and apes