Dr. June is a champion of CAR T-cell therapy, is one of TIME’s 100 Most Influential People of 2018, and will be honored by ACGT for his vision and accelerating the momentum of early cancer pioneers 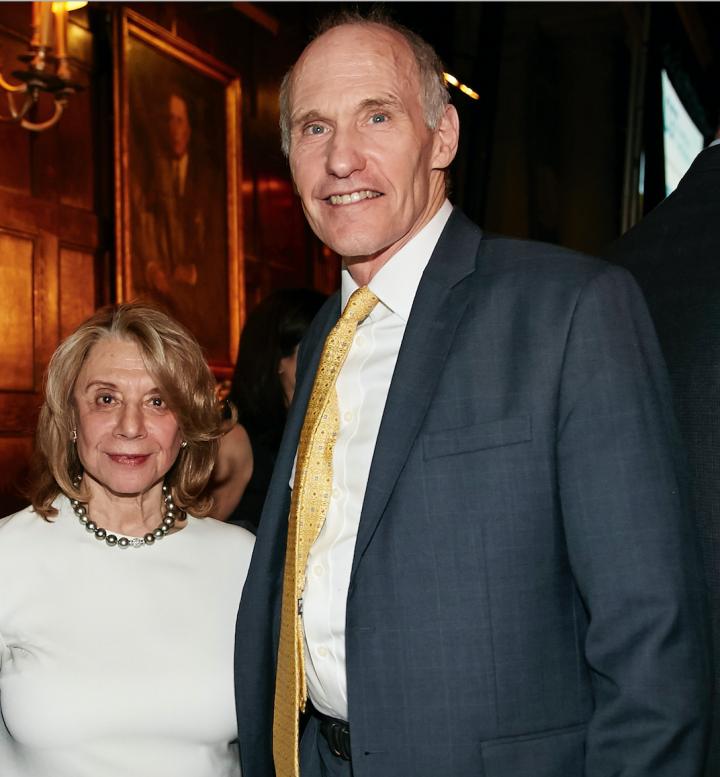 Alliance for Cancer Gene Therapy (ACGT), the nation’s only nonprofit dedicated exclusively to funding cancer cell and gene therapy research, is celebrating its 18th anniversary with a very special Award Gala. The event will be held at 6:45 p.m., on April 18, 2019, at the Harvard Club of New York City. The 2019 ACGT Award Gala: Accelerating the Momentum of Early Pioneers, will honor Dr. Carl H. June with The Edward Netter Leadership Award. Dr. June will be honored for his lifesaving CAR T-cell treatment for leukemia and lymphoma, which was the first-ever FDA-approved gene therapy for cancer. Dr. June was one of ACGT’s first grant recipients for his work with CAR T-cells and the collaboration helped support Dr. June’s breakthrough work at the Perelman School of Medicine at the University of Pennsylvania, where he is now the director of their Center for Cellular Immunotherapy. He was named one of TIME magazine’s Most Influential People of the Year in 2018 and is now a member of ACGT’s Scientific Advisory Council. To learn more about the ACGT Gala or to reserve a ticket, please call 203-358-5055 or email [email protected]

“I am beyond thrilled to present The Edward Netter Leadership Award to Dr. Carl June,” said Barbara Netter, co-founder of ACGT and honorary chairman of the Board. “My husband Edward Netter was one of the primary promulgators of gene therapy — before anyone else was interested. He was always thinking about gene therapy and knew that it was the key to unlocking better and more effective treatments for cancer. My only regret is that my husband Edward did not live to see the fulfillment of his vision, as he sadly passed away in 2011, only months before Dr. June’s research was published.”

ACGT’s funding of Dr. June’s work was crucial and came at a time when other organizations were not ready to fund this type of work. ACGT funded it before the NIH and before pharmaceutical companies got involved. Dr. June has often noted that, “the funds from ACGT sustained us and kept the research alive. And without them, we may not have been where we are today.”

“This is an exciting time in the field of cancer gene therapy,” noted Kevin Honeycutt, CEO and president of ACGT. “We continue to see promising gene therapy treatments being green-lit by the FDA and addressing a variety of different cancers. Each success begins with rigorous research, which is dependent on funding like that of ACGT. ACGT is proud to be aligned with the most promising scientists who are paving the way for new and more effective life-saving cancer treatments.”

Dr. Carl June is the Richard W. Vague Professor in Immunotherapy in the department of Pathology and Laboratory Medicine at Penn’s Perelman School of Medicine, the director of the Center for Cellular Immunotherapy in the Abramson Cancer Center, and the director of the Parker Institute for Cancer Immunotherapy at Penn. Clinical trials of CAR T therapy began at the University of Pennsylvania in 2010, and two of the first three patients to receive the therapy, for chronic lymphocytic leukemia (CLL) remain in remission nearly nine years later. Dr. June has published more than 350 manuscripts and has received numerous prizes and honors, including election of the Institute of Medicine in 2012, the Paul Ehrlich and Ludwig Darmstaedter Prize, the William B. Coley award, the Karl Landsteiner Memorial Award from the AARB, the Richard V. Smalley Memorial Award from the Society for Immunotherapy of Cancer, the Philadelphia Award, the Hamdan Award for Medical Research Excellence, and the Novartis Immunology Award for Cancer Cell Therapy Development. He was elected to the American Academy of Arts and Sciences in 2014. In 2017, he was named a fellow of the American Association for Cancer Research Academy and received the David A. Karnofsky Memorial Award from the American Society of Clinical Oncology. He is a graduate of the U.S. Naval Academy, as well as Baylor College of Medicine in Houston. He received graduate training in immunology and malaria at the World Health Organization in Geneva, Switzerland, and post-doctoral training in transplantation biology at the Fred Hutchinson Cancer Research Center. He is also a member of the ACGT Scientific Advisory Council.

Established in 2001, ACGT is the nation’s only nonprofit dedicated exclusively to funding cell and gene therapy research for all types of cancer. One hundred percent of contributions go directly to research. Since its inception, ACGT has funded some of the underlying science that has resulted in the formation of either licensing agreements or biotech companies including Novartis, Ziopharm, Juno, Tmunity and Turnstone Biologics, all of which are in various stages of bringing new treatments to patients. ACGT has funded 58 grants in the U.S. and Canada to conduct and accelerate critically needed innovative research. 36 of those grants have been awarded to Young Investigators for basic research and 22 grants to Clinical Investigators, totaling more than $29 million in funding. ACGT is located at 96 Cummings Point Road, Stamford, Connecticut 06902; 203-358-5055. To learn more, visit acgtfoundation.org or join the ACGT community on Facebook, Twitter and YouTube at @acgtfoundation.

Despite America’s protein craze, adults are still missing the mark according to new study

Understanding the link between nicotine use and misuse of ‘benzos’