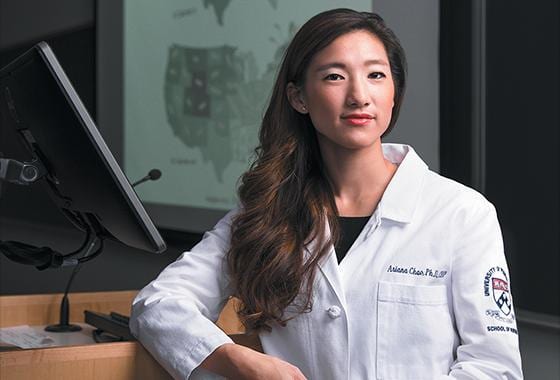 A new study from the University of Pennsylvania School of Nursing (Penn Nursing) suggests that alcohol consumption may attenuate long-term weight loss in adults with Type 2 diabetes.

In the study, close to 5,000 people who were overweight and had diabetes were followed for four years. One group participated in Intensive Lifestyle Intervention (ILI) and the other in a control group consisting of diabetes support and education. Data showed that participants in the ILI group who abstained from alcohol consumption over the four-year period lost more weight than those who drank any amount during the intervention. Results from the study also showed that heavy drinkers in the ILI group were less likely to have clinically significant weight loss over the four years.

“This study indicates that while alcohol consumption is not associated with short?term weight loss during a lifestyle intervention, it is associated with worse long?term weight loss in participants with overweight or obesity and Type 2 diabetes,” says lead investigator Ariana M. Chao, PhD, CRNP, Assistant Professor of Nursing in the Department of Biobehavioral Health Sciences. “Patients with Type 2 diabetes who are trying to lose weight should be encouraged to limit alcohol consumption.”

The study “Alcohol Intake and Weight Loss During Intensive Lifestyle Intervention for Adults with Overweight or Obesity and Diabetes,” has been published in the journal Obesity. Co-authors of the article include Thomas A. Wadden, PhD, Jena Shaw Tronieri, PhD, and Robert I. Berkowitz, MD, all of the University of Pennsylvania Perelman School of Medicine.

The University of Pennsylvania School of Nursing is one of the world’s leading schools of nursing. For the second year in a row, it is ranked the #1 nursing school in the world by QS University, and has four graduate programs ranked number one by U.S. News & World Report, the most of any school in the United States. Penn Nursing is currently ranked # 1 in funding from the National Institutes of Health, among other schools of nursing. Penn Nursing prepares nurse scientists and nurse leaders to meet the health needs of a global society through research, education, and practice. Follow Penn Nursing on: Facebook, Twitter, LinkedIn, Instagram & YouTube.