October 20, 2021—(BRONX, NY)—Albert Einstein College of Medicine has received a five-year, $4 million grant from the National Institutes of Health (NIH) to support the New York Regional Center for Diabetes Translation Research (NY-CDTR). One of only seven such centers in the country and the only one in the Northeast, the NY-CDTR promotes collaboration and research on effective strategies to improve diabetes prevention, care, and self-management, with an emphasis on health equity. 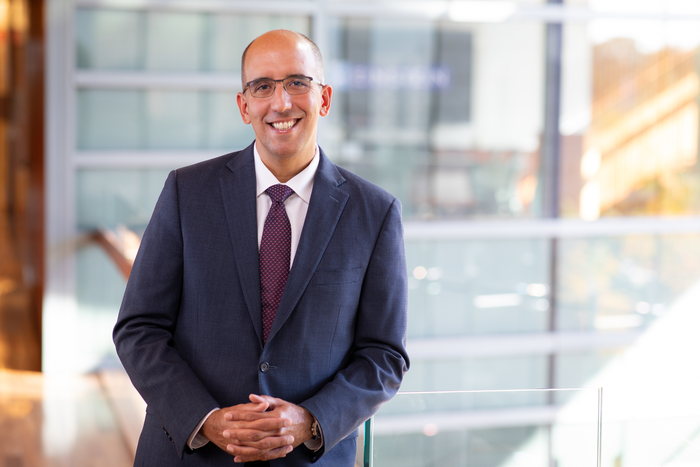 October 20, 2021—(BRONX, NY)—Albert Einstein College of Medicine has received a five-year, $4 million grant from the National Institutes of Health (NIH) to support the New York Regional Center for Diabetes Translation Research (NY-CDTR). One of only seven such centers in the country and the only one in the Northeast, the NY-CDTR promotes collaboration and research on effective strategies to improve diabetes prevention, care, and self-management, with an emphasis on health equity.

“Our center is in a unique position—both geographically and due to our expertise—to support investigators who are conducting research aimed at helping those who shoulder the greatest burden of diabetes in the U.S.—namely people of color and those with lower socio-economic status,” said Jeffrey Gonzalez, Ph.D., principal investigator on the grant and director of the NY-CDTR. “We will prioritize studies aimed at reducing health inequities and developing interventions that can be implemented under real world conditions and in diverse healthcare and community locations.” Dr. Gonzalez is also a professor of medicine and of epidemiology & population health at Einstein, a psychologist at Montefiore Health System, and professor of psychology at Ferkauf Graduate School of Psychology at Yeshiva University.

Members of some ethnic and racial groups—including Latinos/Hispanics, African Americans and Asian Americans—face a higher risk for developing diabetes than do non-Hispanic white adults. They are also at increased risk for diabetes-related complications, such as lower limb amputations, vision loss, and kidney failure. In addition, diabetes is 70% more common in high-poverty neighborhoods than in more affluent areas.

Advancing Diabetes Research Innovation
The new funding will support many aspects of the center’s operations, including its research cores, which have been reconfigured to reflect recent advances in the field as well as Einstein’s strengths. The newly reconfigured behavioral science and technology core, led by Dr. Gonzalez, now incorporates telehealth, smartphone apps, continuous glucose monitoring devices, and other technologies to manage diabetes.

The NY-CDTR boasts two cores that are unique among the seven funded national centers. The Latino network for diabetes translational research core, led by Linda Gallo, Ph.D., at San Diego State University, builds on the Hispanic Community Health Study/Study of Latinos (HCHS/SOL), an ongoing study of more than 16,000 adults at four U.S. sites, including Einstein and San Diego State. This core provides guidance to investigators on adapting research and interventions for Latinx individuals, as well as access to HCHS/SOL data. The life course methodology core, led by NY-CDTR associate director Carmen Isasi, M.D., Ph.D., associate professor of epidemiology & population health and of pediatrics at Einstein, helps researchers understand how the physical and behavioral processes that influence diabetes risk and outcomes—everything from lifestyle choices to metabolism rates—differ over the lifespan and how to incorporate this information into their studies.

The population health and health systems core, led by NY-CDTR associate director Earle Chambers, Ph.D., M.P.H., associate professor of family and social medicine and of epidemiology & population health, and director of research in the department of family and social medicine at Einstein and Montefiore, offers expertise in community engagement as well as in health systems and other “big data” research. Dr. Chambers is also director of the center’s enrichment program of external and internal seminars, podcasts, and faculty/trainee conferences.

Through the new grant and supplemental funding from the College of Medicine, the NY-CDTR spurs innovation through pilot and feasibility study grants for early career investigators and those who are new to diabetes translation research. The program is led by Einstein’s Judith Wylie-Rosett, Ed.D., professor of epidemiology & population health and of medicine, and the Atran Foundation Chair in Social Medicine and Elizabeth Walker, Ph.D., R.N., professor emerita of medicine and of epidemiology & population health.

Building on Strengths
The center will expand its current focus on health equity and the social determinants of health through its cores and new initiatives. Researchers are spearheading national efforts to address diabetes health disparities experienced by Latinx individuals by connecting investigators with this underserved population. Center leaders are also increasing community partnerships to guide research efforts and collaboration with other New York City institutions.

“Drs. Walker and Wylie-Rosett have been leaders in diabetes prevention and control research for largely disenfranchised groups for decades,” Dr. Gonzalez said. “Our pilot and feasibility program has had great impact under their direction, and both have been tremendous mentors to many early-career investigators at Einstein, including me, Carmen, and Earle. We have been tremendously fortunate to have had them as our leaders, not just of the NY-CDTR but in the field overall. Our growth and success are a testament to their vision.”

The NY-CDTR received its initial funding in 2016 under the leadership of Drs. Walker and Wylie-Rosett. Since that time, the center has grown from an initial 77 members to 95, representing 37 institutions from the New York City area and across the country. Over the first four years of funding, members published 463 research studies related to the center’s mission, with 310 of those directly supported by the center.

The grant, titled “New York Regional Center for Diabetes Translational Research,” is supported by the National Institute of Diabetes and Digestive and Kidney Diseases, part of the NIH (P30DK111022).

About Albert Einstein College of Medicine
Albert Einstein College of Medicine is one of the nation’s premier centers for research, medical education and clinical investigation. During the 2020-21 academic year, Einstein is home to 721 M.D. students, 178 Ph.D. students, 109 students in the combined M.D./Ph.D. program, and 265 postdoctoral research fellows. The College of Medicine has more than 1,900 full-time faculty members located on the main campus and at its clinical affiliates. In 2020, Einstein received more than $197 million in awards from the National Institutes of Health (NIH). This includes the funding of major research centers at Einstein in aging, intellectual development disorders, diabetes, cancer, clinical and translational research, liver disease, and AIDS. Other areas where the College of Medicine is concentrating its efforts include developmental brain research, neuroscience, cardiac disease, and initiatives to reduce and eliminate ethnic and racial health disparities. Its partnership with Montefiore, the University Hospital and academic medical center for Einstein, advances clinical and translational research to accelerate the pace at which new discoveries become the treatments and therapies that benefit patients. Einstein runs one of the largest residency and fellowship training programs in the medical and dental professions in the United States through Montefiore and an affiliation network involving hospitals and medical centers in the Bronx, Brooklyn and on Long Island. For more information, please visit einsteinmed.org, read our blog, follow us on Twitter, like us on Facebook, and view us on YouTube.