An international effort to measure air quality in South Korea, a region with complex sources of pollution, may provide new insights into the atmospheric chemistry that produces ozone pollution, according to a team of scientists. 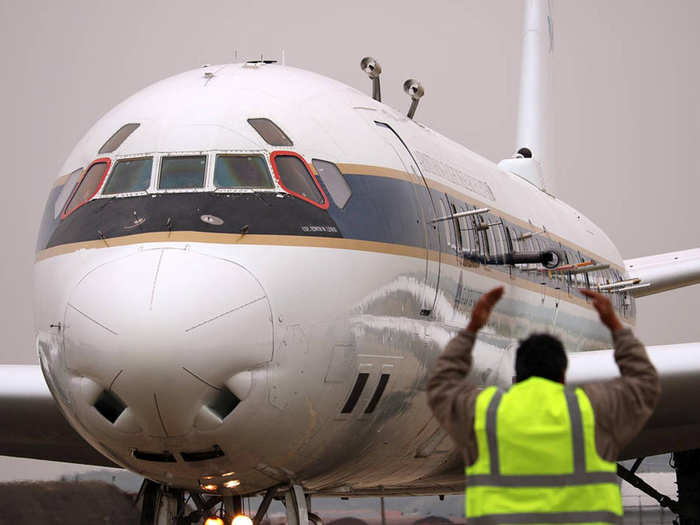 An international effort to measure air quality in South Korea, a region with complex sources of pollution, may provide new insights into the atmospheric chemistry that produces ozone pollution, according to a team of scientists.

“This study shows that observations of the hydroxyl radical – OH – and hydroperoxyl radical – HO2 provide valuable tests of the ability of our photochemical models to correctly represent atmospheric chemistry, especially in environments with high levels of pollution,” said William H. Brune, distinguished professor of meteorology at Penn State.

The hydroxyl radical initiates important chemical reactions throughout the atmosphere, including in the troposphere, the lowest region reaching to the Earth’s surface, where its reactions clean the air but also lead to ozone pollution in cities, the scientists said.

The team analyzed airborne measurements of the hydroxyl radical, hydroperoxyl radical and about a 100 other chemical species taken during flights over South Korea in 2016 as part of a joint field study between NASA and the Republic of Korea, called Korea-U.S. Air Quality (KORUS-AQ).

The airborne measurements of the hydroxyl and hydroperoxyl radicals agreed with values produced by separate models running at NASA Langley Research Center and Penn State when the uncertainties in the measurements and models are considered, the researchers said.

“One major finding is – even in a complex environment like this – we have a good handle on the basic chemistry in our models,” Brune said. “We can really say this chemistry is correct within the uncertainties, and that tells us something about ozone production.”

Ozone forms when nitrogen oxides — like from vehicle and power plant emissions — and volatile organic compounds — produced naturally by plants but also by solvents and other harsh man-made chemicals –mix in the atmosphere in the presence of sunlight, the scientists said.

“But these elements can’t do much themselves, they need something to make the chemistry active, and that is the hydroxyl radical,” Brune said. “It drives the chemistry, kind of like a low-temperature version of the flame heating your house.”

While the hydroxyl radical measured during the flights generally agreed with the models, the scientists found less agreement when they looked at their measurements of the radical’s reactivity, which is the sum of reactions between the hydroxyl radical and all chemical species.

“It’s really a key number because a very high hydroxyl radical reactivity means you’re in a very polluted environment, or an environment that has a lot of things being emitted that are reacting with the hydroxyl radical,” Brune said.

This missing hydroxyl radical reactivity originated primarily from the Korean peninsula, potentially helping to distinguish the sources between pollution emitted by industry in South Korea and older pollution that blows in from China, the scientists said.

Improving our understanding of this reactive chemistry is important, Brune said, because that information can inform regional and global air quality models.

“These models have a hard time predicting really harmful amounts of ozone,” he said. “Hopefully our results will help them figure out the problem so that they can be used by policy makers to efficiently reduce ozone levels, not just in the U.S., but around the world.”

NASA provided funding for several researchers involved in the study.