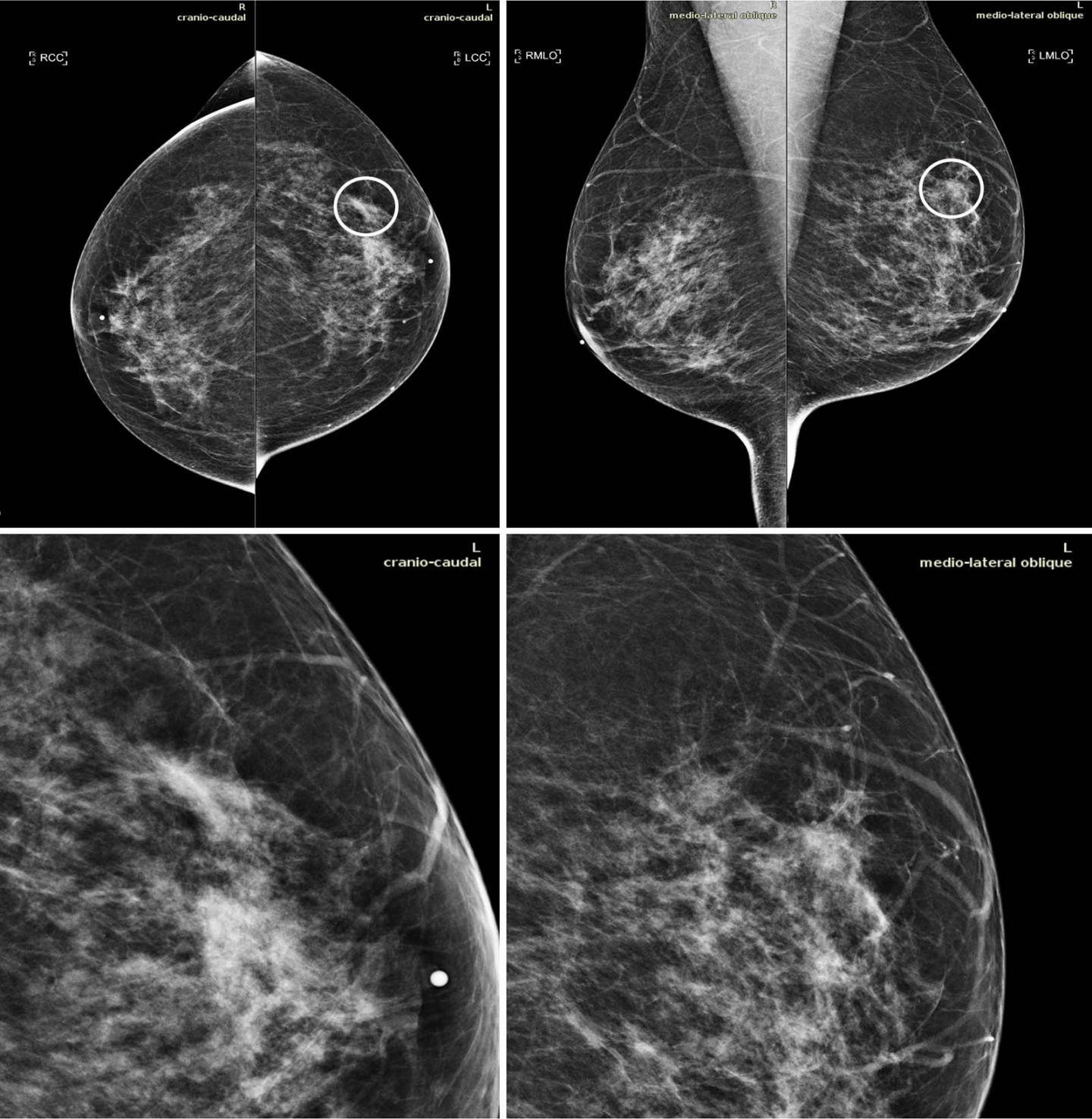 Breast cancer screening with mammography has been shown to improve prognosis and reduce mortality by detecting disease at an earlier, more treatable stage. However, many cancers are missed on screening mammography, and suspicious findings often turn out to be benign. An earlier study from Radiology found that, on average, only 10% of women recalled from screening for additional diagnostic workup based on suspicious findings are ultimately found to have cancer.

AI-based algorithms represent a promising avenue for improving the accuracy of digital mammography. Developers “train” the AI on existing images, teaching it to recognize abnormalities associated with cancer and distinguish them from benign findings. The programs can then be tested on different sets of images. AI offers not only the possibility of better cancer detection but also improved efficiency for radiologists.

For the study, researchers used MammoScreen, an AI tool that can be applied with mammography to aid in cancer detection. The AI system is designed to identify regions suspicious for breast cancer on 2D digital mammograms and assess their likelihood of malignancy. The system takes as input the complete set of four views composing a mammogram and outputs a set of image positions with a related suspicion score.

Fourteen radiologists assessed a dataset of 240 2D digital mammography images acquired between 2013 and 2016 that included different types of abnormalities. Half of the dataset was read without AI and the other half with the help of AI during a first session and without during a second session.

Average sensitivity for cancer increased slightly when using AI support. AI also helped reduce the rate of false negatives, or findings that look normal even though cancer is present.

“The results show that MammoScreen may help to improve radiologists’ performance in breast cancer detection,” said Serena Pacilè, Ph.D., clinical research manager at Therapixel, where the software was developed.

The improved diagnostic performance of radiologists in the detection of breast cancer was achieved without prolonging their workflow. In cases with a low likelihood of malignancy, reading time decreased in the second reading session. This reduced reading time could increase overall radiologists’ efficiency, allowing them to focus their attention on the more suspicious examinations, the researchers said.

In March, the U.S. Food and Drug Administration cleared MammoScreen for use in the clinic, where it could help reduce the workload of radiologists, according to Dr. Pacilè.

The researchers plan to explore the behavior of the AI tool on a large screening-based population and its ability to detect breast cancer earlier.

Radiology: Artificial Intelligence is edited by Charles E. Kahn Jr., M.D., M.S., Perelman School of Medicine at the University of Pennsylvania, and owned and published by the Radiological Society of North America, Inc. (https://pubs.rsna.org/journal/ai)

RSNA is an association of radiologists, radiation oncologists, medical physicists and related scientists promoting excellence in patient care and health care delivery through education, research and technologic innovation. The Society is based in Oak Brook, Illinois. (RSNA.org)