Agriculture – a climate villain? Maybe not!

A proposal to rethink agriculture in the climate calculations 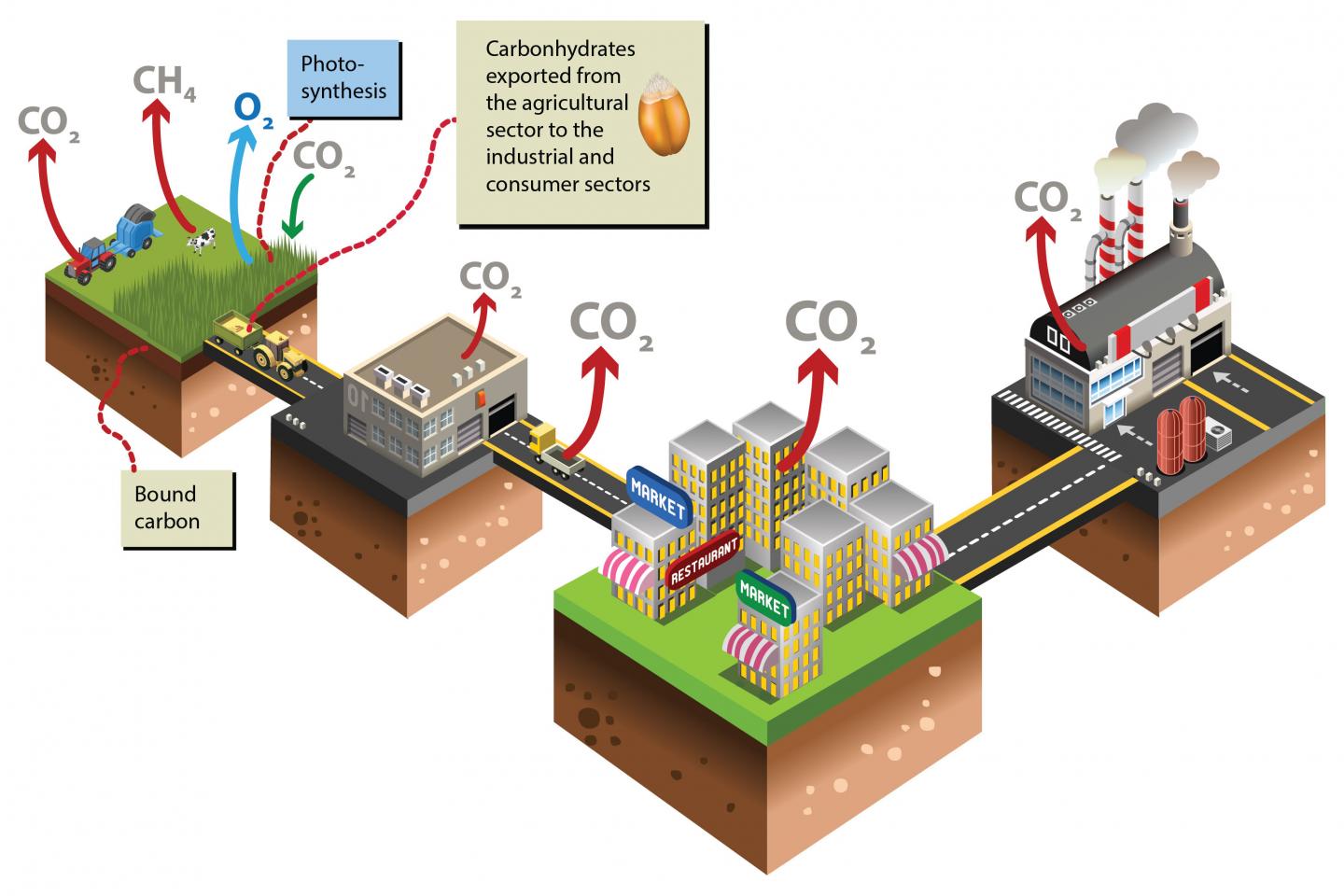 The UN’s Intergovernmental Panel on Climate Change (IPCC) claims that agriculture is one of the main sources of greenhouse gases, and is thus by many observers considered as a climate villain. This conclusion, however, is based on a paradigm that can be questioned, writes Per Frankelius, Linkoping University, in an article in Agronomy Journal.

The fundamental process in agriculture is large-scale photosynthesis, in which carbon dioxide is captured by crops and at the same time oxygen is produced. A fraction of the carbon is bound in the plant roots, while most of it is bound in the form of carbohydrates that are harvested and used in other sectors of society. This involves various form of cereal, oilseed crops, vegetables and grassland.

“The fact that the carbon is bound in the crops, which at the same time produce oxygen, just as growing forest does, is a positive effect that is not included in the IPCC calculations. These only consider the greenhouse gases that have a negative impact on the climate. This is also the case in The Greenhouse Gas Protocol, which is a well established standard for calculating the emission of greenhouse gases”, says Per Frankelius, associate professor in business administration at Linköping University, who has recently written an article in the prestigious Agronomy Journal, published by the American Society of Agronomy.

“This view is based on a paradigm that has essentially never been questioned. Politicians and decision-makers must understand the complete range of the climate impact of agriculture, otherwise there is a risk that many decisions that influence long-term sustainability in a negative manner will be taken”, says Per Frankelius.

The justification that crops are not included as a positive factor is probably that carbon dioxide is formed in the next step along the chain, when the crops are consumed by humans. “But that takes place in another sector: it’s not part of agriculture”, Per Frankelius points out.

Per Frankelius gives an example calculation in the article in Agronomy Journal:

“The total agricultural production has been estimated to be 9200 million tons by FAOSTAT. Different crops have different water content, but a good guess is that the total production corresponds to approximately 9100 million tonnes of carbon dioxide”, adds Per Frankelius.

Agriculture produces also grasslands and grazing that bind carbon, and a further 2.7 billion tonnes of carbon is bound in the soil.

“So is agriculture one of the world’s largest climate villains, or does the sector actually have a positive impact on climate?” asks Per Frankelius.

He does not question the fact that agriculture also produces a significant amount of negative greenhouse gases, and it is important to reduce this in a sustainable manner.

Per Frankelius, who is also process manager at Agtech 2030, an innovation platform at Linköping University, presents in the article no less than seven concrete measures that can both advance the sector and reduce emissions. The measures range from ensuring that fields are green throughout the year to the marketing of animal ecosystem services, the use of fossil-free mineral-based fertilisers, the spread of biochar, replacing diesel by fossil-free biodiesel, electricity, fuel cells or even steam to power engines, planting trees in rows along the edges of fields and placing solar panels there to follow the sun with a recently patented technology, and various ways to reduce soil compaction. He refers to concrete examples in all cases.

The conclusions Per Frankelius draws are unambiguous: in order to achieve long-term sustainability, all aspects of global agriculture must be developed, not wound down or given less advantageous economic conditions. One key to success is innovation.

According to the latest and Fifth Assessment Report (AR5) published in 2014, the IPPC argues that “Agriculture, forestry and other land use” (AFOLU) stands for 24% of the world’s greenhouse gas emissions. Only the sector “Electricity and heat production” stands for slightly more, 25%. In the special report on land use published in 2019, the IPPC modified 24% to 23% but underlined: “Agriculture, forestry and other land use (AFOLU) is a significant net source of GHG emissions (high confidence), contributing to about 23% of anthropogenic emissions of carbon dioxide (CO2), methane (CH4) and nitrous oxide (N2O) combined as CO2 equivalents in 2007-2016 (medium confidence).”