This Aging-US study showed that deep learning programs such as Xception have the ability to differentiate the faces of patients with mild dementia from that of patients without dementia. 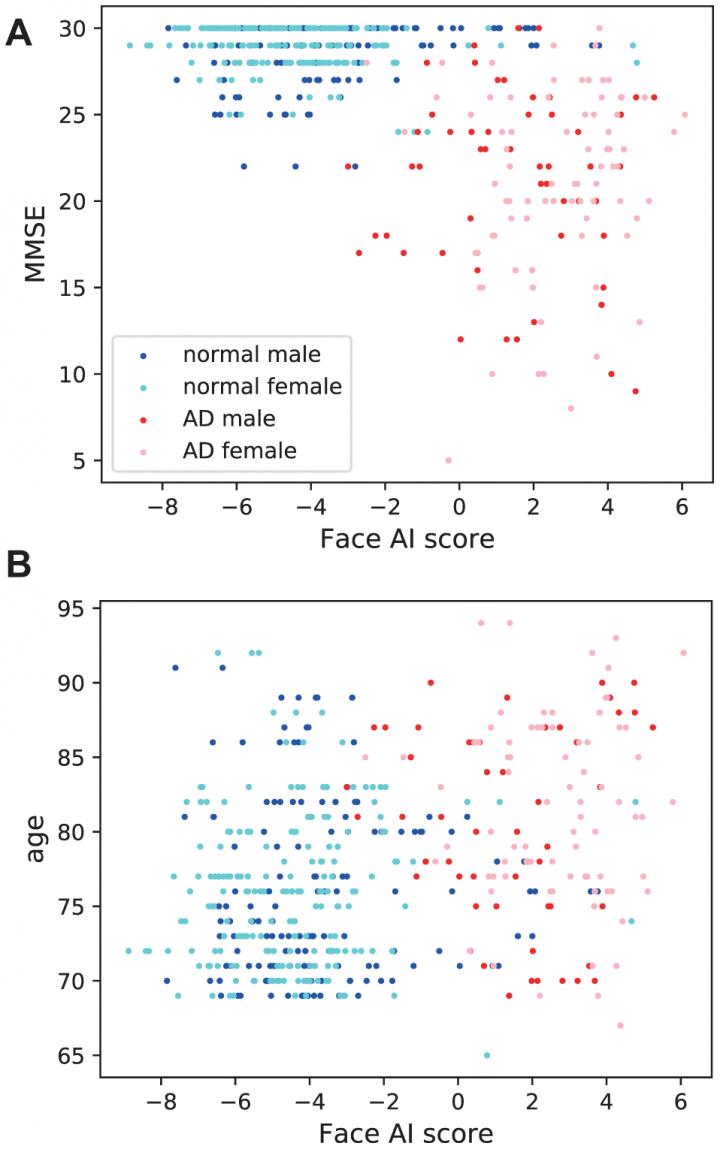 Aging-US published “Screening of Alzheimer’s disease by facial complexion using artificial intelligence” which reported that despite the increasing incidence and high morbidity associated with dementia, a simple, non-invasive, and inexpensive method of screening for dementia is yet to be discovered.

This study aimed to examine whether artificial intelligence could distinguish between the faces of people with cognitive impairment and those without dementia.

121 patients with cognitive impairment and 117 cognitively sound participants were recruited for the study.

The binary differentiation of dementia / non-dementia facial image was expressed as a “Face AI score”.

This Aging-US study showed that deep learning programs such as Xception have the ability to differentiate the faces of patients with mild dementia from that of patients without dementia, paving the way for future studies into the development of a facial biomarker for dementia.

Dr. Masashi Kameyama from The University of Tokyo said, “Dementia is one of the most serious problems facing a global aging population.”

Thus, it was postulated that cognitive decline may be expressed in a patient’s face.

Based on this information, it was hypothesized that AI software may be able to classify patients as having cognitive impairment or not using facial recognition.

The present study aimed to examine whether AI can distinguish facial traits of cognitive impairment patients from that of non-dementia patients.

The findings of this study lay the foundations for the development of a non-invasive, inexpensive and rapid screening tool for cognitive impairment using AI.

The Kameyama Research Team concluded in their Aging-US Research Paper, “The study showed that deep learning software such as Xception has the ability to differentiate facial images of people with mild dementia from those of people without dementia. This may pave the way for the clinical use of facial images as a biomarker of dementia.”

Sign up for free Altmetric alerts about this article

Launched in 2009, Aging-US publishes papers of general interest and biological significance in all fields of aging research as well as topics beyond traditional gerontology, including, but not limited to, cellular and molecular biology, human age-related diseases, pathology in model organisms, cancer, signal transduction pathways (e.g., p53, sirtuins, and PI-3K/AKT/mTOR among others), and approaches to modulating these signaling pathways.

To learn more about Aging-US, please visit http://www.Aging-US.com or connect with @AgingJrnl