Nearly all older adults have experienced some form of ageism in their everyday lives, a new study finds — whether it’s seeing ageist messages and images on television or the internet, encountering people who imply that they’re less capable just because they’re older, or believing stereotypes about aging. 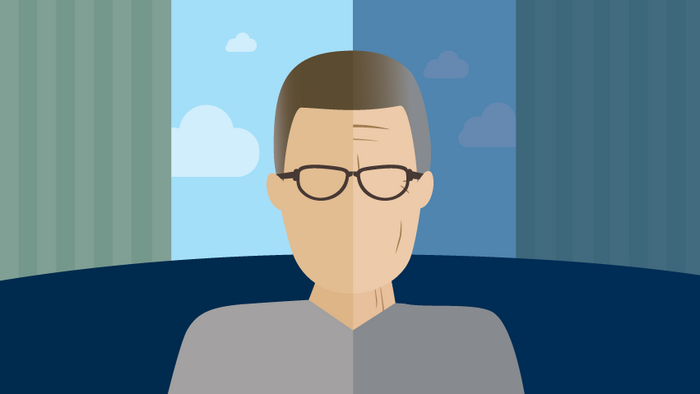 Nearly all older adults have experienced some form of ageism in their everyday lives, a new study finds — whether it’s seeing ageist messages and images on television or the internet, encountering people who imply that they’re less capable just because they’re older, or believing stereotypes about aging.

Older adults with more health concerns, though, appear most likely to have experienced this kind of “everyday ageism”, according to new findings published by a team from the University of Oklahoma, Norman and the University of Michigan. The data, from a survey of more than 2,000 people between ages of 50 and 80, come from the National Poll on Healthy Aging.

The higher a person’s score on a scale of everyday ageism experiences, the more likely they were to be in poor physical or mental health, to have more chronic health conditions, or to show signs of depression.

Though the study, published in JAMA Network Open, can’t show cause and effect, the authors note that the linkages between ageism and health need to be explored further and taken into account when designing programs to encourage good health and well-being among older adults.

“These findings raise the question of whether aging-related health problems reflect the adverse influences of ageism and present the possibility that anti-ageism efforts could be a strategy for promoting older adult health and well-being,” says first author Julie Ober Allen, Ph.D., M.P.H., Department of Health and Exercise Science, University of Oklahoma, Norman.

Allen worked on the survey during her time as a postdoctoral fellow at the Population Studies Center at U-M’s Institute for Social Research.

The team previously published preliminary findings in a report from the NPHA, which is based at the U-M Institute for Healthcare Policy and Innovation and supported by AARP and Michigan Medicine, U-M’s academic medical center.

But the new analysis goes further, and uses the Everyday Ageism Scale developed by the team. That scale, validated and published last year, calculates a score based on an individual’s answers to 10 questions about their own experiences and beliefs regarding aging.

In all, 93% of the older adults surveyed said they regularly experienced at least one of the 10 forms of ageism. The most common one, experienced by nearly 80%, was agreeing with the statement that “having health problems is part of getting older” – even though 83% of the people surveyed described their own health as good or very good. This kind of “internalized” ageism also included agreeing with the statements that feeling lonely, or feeling depressed, sad or worried, are part of getting older.

Meanwhile, 65% of the older adults said they regularly see, hear or read jokes about older people, or messages that older adults are unattractive or undesirable.

Another class of ageist experiences – which the researchers call interpersonal ageism – was reported as a regular occurrence by 45% of the respondents. These included experiences involving another person, where the older person felt it was assumed that they were having trouble with using technology, seeing, hearing, understanding, remembering, or doing something independently – or that they don’t do anything valuable.

The researchers calculated Everyday Ageism scores for every one of the more than 2,000 poll respondents, based on their responses to all the poll questions.

The overall average score was just over 10. As a group, people who were ages 65 to 80 scored over 11, indicating more ageism experiences those among those ages 50-64.

People who had lower levels of income or education, and those who lived in rural areas, also had average ageism scores that were higher than others. Older adults who reported spending four hours or more every day watching television, browsing the internet or reading magazines had higher scores than those with less exposure to such media.

The researchers then looked at each person’s individual score in light of what they had said about their own health, including self-rated physical and mental health, number of chronic health conditions and report of depression symptoms.

They found a close link between higher scores and all four health-related measures. That is, those who reported higher Everyday Ageism scores were more likely to have reported that their overall physical health or overall mental health were fair or poor, more chronic health conditions, and depression symptoms.

A lot of this linkage had to do with internalized ageism measures – the questions that measured how strongly a person agreed with the statements about health problems, loneliness and sadness being part of getting older. But experiences with the interpersonal forms of ageism were also linked to health-related measues, as were some aspects of ageist messages.

The relationship between ageism experiences in older adults’ day-to-day lives and health especially interested poll director and senior author Preeti Malani, M.D., a professor at Michigan Medicine with a background in caring for older adults.

“The fact that our poll respondents who said they’d felt the most forms of ageism were also more likely to say their physical or mental health was fair or poor, or to have a chronic condition such as diabetes or heart disease, is something that needs more examination,” she says.

Learn more about the  National Poll on Healthy Aging at www.healthyagingpoll.org, and sign up to receive new reports as they are published. The data on which the new study is based are available at https://www.openicpsr.org/openicpsr/project/171621/version/V1/view

The study was funded in part by a grant to the U-M Population Studies Center, where Allen was a postdoctoral fellow, from the National Institute on Aging (AG000221). The University of Oklahoma Libraries Open Access Fund also provided support.

Experiences of Everyday Ageism and the Health of Older US Adults