Advancing the description of ‘mysterious’ water to improve drug design 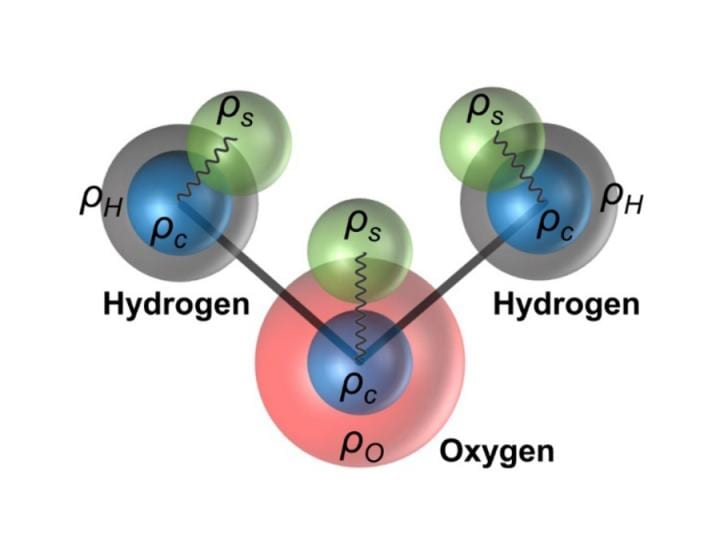 WASHINGTON, D.C., December 17, 2018 — Interactions with water dominate how drug molecules bind to targets, but it’s tricky to model these interactions, limiting the accuracy of drug design. In a recent paper in The Journal of Chemical Physics, from AIP Publishing, William A. Goddard III and Saber Naserifar from the California Institute of Technology describe their novel approach to building a new description of water (known as a force field) and demonstrate its accuracy.

Goddard, a professor of chemistry and applied physics, was “flabbergasted” by the results. “The description we get fits nearly all properties of water unbelievably accurately, far better than any previous force field,” he said.

Quantum mechanics can only describe accurately small systems, so our understanding of liquid water relies on simulations using force fields. Despite decades of work, current force fields fail to describe simultaneously all properties of water. “One force field might give the correct density and vaporization of water, but could be 100 degrees off the melting point,” said Goddard. “It sounds pretty bad, but it is all we’ve had.”

These incomplete models restrict drug design and limit our understanding of industrial solvent reactions, fueling scientists to investigate some of water’s anomalous characteristics. For example, it has been suggested that when water is supercooled to low temperatures it may exist as both a high- and low-density liquid, an anomaly that could be understood much better if a good force field for water were available.

“We used high-quality quantum mechanics for each interaction individually — long-range, short-range, hydrogen bonding, polarization — put it all together, tested it and found it was unbelievably accurate,” said Goddard. “Predicting a melting point for a liquid within 0.2 kelvin. … That’s unheard of!”

Their new force field only failed on one property: calculating how fast particles spread, or the diffusion constant. Goddard and Naserifar are “puzzled” by the irregularity, but remain excited by what their force field has achieved. They’re keen to use it to investigate the anomalous properties of water, and to see if it improves drug design accuracy.

The Journal of Chemical Physics publishes concise and definitive reports of significant research in the methods and applications of chemical physics. See http://jcp.aip.org.

Birds can mistake some caterpillars for snakes; can robots help?

The use of sugarcane straw for bioenergy is an opportunity, but there…

Study points to new drug target in fight against cancer