Prime editing is an improved variant of the CRISPR/Cas system that can introduce alterations in DNA with exquisite precision. But the method is complex and inefficient. The research group of Joanna Loizou, at the Medical University of Vienna and the CeMM Research Center for Molecular Medicine of the Austrian Academy of Sciences, has now been able to show that the DNA mismatch repair process plays an essential role in prime editing. 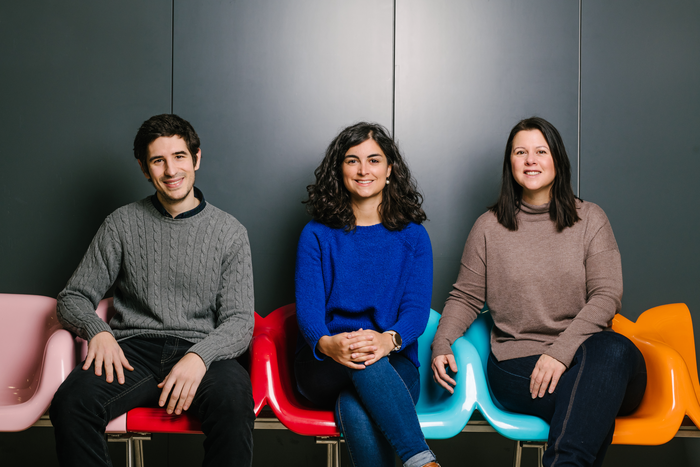 Prime editing is an improved variant of the CRISPR/Cas system that can introduce alterations in DNA with exquisite precision. But the method is complex and inefficient. The research group of Joanna Loizou, at the Medical University of Vienna and the CeMM Research Center for Molecular Medicine of the Austrian Academy of Sciences, has now been able to show that the DNA mismatch repair process plays an essential role in prime editing.

(Vienna, 09 February 2022) Since the discovery of CRISPR/Cas9, also known as molecular scissors, scientists around the world have been working to improve the revolutionary technique for altering DNA that earned Emmanuelle Charpentier and Jennifer Doudna the Nobel Prize in 2020. The method enables deep exploration of the human genome and shows enormous potential for curing genetic diseases. While the precise alterations made by CRISPR/Cas9 were initially less predictable, scientists around the world are now working on further developments that enable precise changes to be made within DNA. A recent study by the group of Joanna Loizou, Group Leader at the Center for Cancer Research at MedUni Vienna and CeMM Adjunct Principal Investigator, was devoted to understanding how prime editing, a technique that promises greater targeting accuracy and efficiency in introducing DNA changes, can be made more efficient and precise.

Prime editing is a powerful genome engineering tool that allows for replacement, insertions, and deletion of DNA into any given genomic locus. However, to date, the efficiency of prime editing has been highly variable and depends not only on the targeted genomic region but also on the genetic background of the edited cell. Leading authors Joana Ferreira da Silva, CeMM PhD student, and Gonçalo Oliveira from the Center for Cancer Research of the MedUni Vienna, devoted their study to the question of which factors influence the success of prime editing, taking a close look at DNA repair processes. Since genome editing relies on the intrinsic DNA repair machinery within a cell, it is imperative to know which DNA repair pathways are engaged and how this impacts the outcome of editing. Yet the underlying DNA repair machinery involved in prime editing is largely unknown. The study authors explain: “Depending on the type of DNA damage, a cell has different cellular repair mechanisms. To find out which of these are active in prime editing, we performed a targeted genetic screening for DNA repair factors covering all known repair pathways.”

Joanna Loizou joined CeMM in 2011 and moved to the Medical University in 2020 where she remains a CeMM Adjunct PI. She completed her undergraduate studies in the UK, moving there from Cyprus. Subsequently, she commenced PhD work at the University of Manchester, UK, investigating mechanisms of DNA repair. Postdoctoral work followed at the International Agency for Research on Cancer (IARC), WHO, France and the London Research Institute (LRI), Cancer Research UK (CR-UK). Joanna’s group investigates the mechanisms by which cells respond to — and repair— DNA damage to maintain genomic stability and suppress tumorigenesis and other rare hereditary diseases. In 2020, she received an ERC Synergy Grant. Joanna was awarded the Johann Wilhelm Ritter von Mannagetta Prize for Medicine by the Austrian Academy of Sciences in 2020.

The CeMM Research Center for Molecular Medicine of the Austrian Academy of Sciences is an international, independent and interdisciplinary research institution for molecular medicine under the scientific direction of Giulio Superti-Furga. CeMM is oriented towards medical needs and integrates basic research and clinical expertise to develop innovative diagnostic and therapeutic approaches for precision medicine. Research focuses on cancer, inflammation, metabolic and immune disorders, and rare diseases. The Institute’s research building is located on the campus of the Medical University and the Vienna General Hospital. www.cemm.at

Medical University of Vienna (MedUni Vienna) is one of the most traditional medical education and research facilities in Europe. With almost 8,000 students, it is currently the largest medical training center in the German-speaking countries. With 6,000 employees, 30 departments and two clinical institutes, 12 medical theory centers and numerous highly specialized laboratories, it is also one of Europe’s leading research establishments in the biomedical sector. www.medunivienna.ac.at