The Advanced Light Source (ALS), a scientific user facility at the Department of Energy’s Lawrence Berkeley National Laboratory (Berkeley Lab), has received federal approval to start construction on an upgrade that will boost the brightness of its X-ray beams at least a hundredfold. 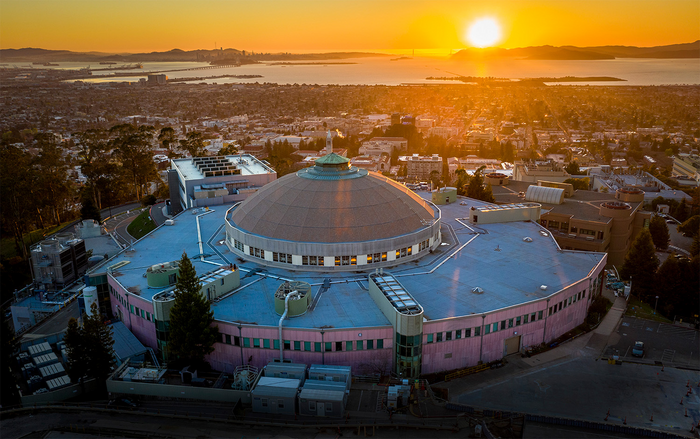 The Advanced Light Source (ALS), a scientific user facility at the Department of Energy’s Lawrence Berkeley National Laboratory (Berkeley Lab), has received federal approval to start construction on an upgrade that will boost the brightness of its X-ray beams at least a hundredfold.

“The ALS upgrade is an amazing engineering undertaking that is going to give us an even more powerful scientific tool,” said Berkeley Lab Director Michael Witherell. “I can’t wait to see the many ways researchers use it to improve the world and tackle some of the biggest challenges facing society today.”

Scientists will use the upgraded ALS for research spanning biology; chemistry; physics; and materials, energy, and environmental sciences. The brighter, more laser-like light will help experts better understand what’s happening at extremely small scales as reactions and processes take place. These insights can have a huge array of applications, such as improving batteries and clean energy technologies, creating new materials for sensors and computing, and investigating biological matter to develop better medicines.

“That’s the wonderful thing about the ALS: The applications are so broad and the impact is so profound,” said Dave Robin, the project director for the ALS upgrade. “What really excites me every day is knowing that, when it’s complete, the ALS upgrade will enable researchers to make scientific advances in many different areas for the next 30 to 40 years.”

The DOE approval, known as Critical Decision 3 (CD-3), formally releases funds for purchasing, building, and installing upgrades to the ALS. This includes constructing an entirely new storage ring and accumulator ring, building four feature (two new and two upgraded) beamlines, and installing seismic and shielding upgrades for the concrete structure housing the equipment. The $590 million project is the biggest investment at Berkeley Lab since the ALS was built in 1993.

“Our team has spent years designing every single magnet, vacuum system component, RF [radio-frequency] cavity, power supply, and the rest of the custom design,” said Robbie Leftwich-Vann, Berkeley Lab’s project manager for the upgrade. “It’s exciting to get off the paper and into the world of installing things and making it real.”

The ALS generates X-rays by circulating electrons through a 600-foot-circumference storage ring. As the electrons travel through this series of magnets, they radiate light along beamlines to stations where researchers conduct experiments. The light comes in many wavelengths, but the ALS specializes in “soft” X-rays that reveal the electronic, magnetic, and chemical properties of materials.

The upgraded ALS will use a new storage ring with more advanced magnets that can better steer and focus the electrons, in turn creating brighter, tighter beams of light. This will squeeze the X-ray beams from about 100 microns (thousandths of a millimeter) to only a few microns wide, meaning researchers can image their samples with even finer resolution and over shorter timescales. It’s like switching from a cell phone camera in dim light to a top-of-the-line high-speed camera in vivid daylight.

“With the upgrade, we’ll be able to routinely study how samples change in 3D – something that is currently very difficult to do,” said Andreas Scholl, a physicist at Berkeley Lab and the interim division director for the ALS. “One of our goals is to find and develop the materials that will be essential for the next generation of technologies in areas like energy storage and computing.”

With 40 beamlines and more than 1,600 users per year, the ALS supports a variety of research. For example, researchers can look at how microbes break down toxins, study how substances interact to produce better solar cells or biofuels, and test magnetic materials that could have applications in microelectronics. Teams will build two new beamlines optimized to take advantage of the improved light, and realign and upgrade several existing beamlines.

One crucial element of the upgrade already underway is a second ring known as the accumulator, which will take electrons made by the accelerator complex and prepare them for the new storage ring. Construction began on the accumulator in 2020 with a special advance approval known as CD-3a. By installing and testing the accumulator first, teams can minimize how long ALS operations will be paused to complete the upgrade.

Building a ship in a bottle

If you’ve ever tried to maneuver large furniture into a second-floor apartment, you understand a taste of what installing the new ALS storage ring will involve.

“The biggest challenge for ALS-U is space,” said Daniela Leitner, who leads the removal and installation team for the project. “We are literally measuring whether we can put a hand into a particular area.”

Many elements in the accelerator tunnel can’t be moved, including the new accumulator ring that will run along the inner tunnel wall. Experts have used extensive modeling and simulations to make sure that the current storage ring can be safely removed along designated access paths and replaced with the new rafts of magnets.

Over the next three years, teams will procure and build all of the pieces for the new storage ring and other improvements. With everything prepared, the ALS will enter roughly one year of “dark time” for installation and initial commissioning.

“When the accelerator shuts down, the clock starts,” Leitner said. “Things need to run like a choreographed ballet.”

Four teams working in parallel will strip out the current ALS storage ring. That means moving almost 500 tons of equipment, including magnets, cables, and support girders (which will need to be plasma cut into three pieces before they can be extracted). Then they’ll move in 500 tons of state-of-the-art equipment, carefully connect all the components, and bring an improved ALS back to life. It will then be the most intense source of coherent (laser-like) soft x-rays in the world.

“Preparing for this upgrade has been a lab-wide effort that is going to have a great impact on the scientific community,” Witherell said. “I congratulate the entire ALS-U team on their commitment and hard work.”

The Advanced Light Source is a DOE Office of Science User Facility.