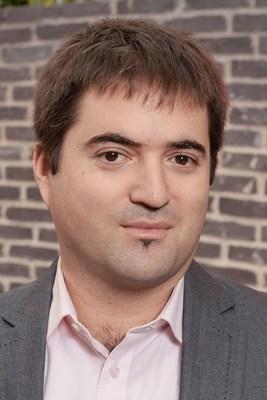 Philadelphia, June 4, 2021–ADHD medications may lower suicide risk in children with hyperactivity, oppositional defiance and other behavioral disorders, according to new research from the Lifespan Brain Institute (LiBI) of Children’s Hospital of Philadelphia (CHOP) and the University of Pennsylvania. The findings, published today in JAMA Network Open, address a significant knowledge gap in childhood suicide risk and could inform suicide prevention strategies at a time when suicide among children is on the rise.

“This study is an important step in the much-needed effort of childhood suicide prevention, as it leverages data collected from approximately 12,000 U.S. children to identify an actionable target to reduce childhood suicides,” said senior author Ran Barzilay, MD, PhD, an assistant professor at LiBI. “Early diagnosis and treatment of behavioral symptoms with ADHD medication, particularly among children with severe externalizing symptoms, may serve not only to improve learning and behavior problems, but also to decrease suicidality risk.”

Suicide rates among children have been steadily rising. According to the CDC, suicide was the second leading cause of death among individuals between the ages of 10 and 24 in 2018. Yet the rates are still relatively low in preadolescent children, making it difficult to identify factors that may lead to or prevent suicidal tendencies in this age range. Additionally, there are ethical limitations in enrolling potentially suicidal youth in placebo-controlled randomized clinical trials.

“In an ideal world, we want to test a medication effect on suicidality with a randomized prospective trial,” Barzilay said. “But given the challenges of conducting such studies, we are obligated as a society and as scientists to generate clinical insights using data collected in large-scale observational studies of children.”

The LiBI researchers, in concert with Gal Shoval, MD of Tel Aviv University, circumvented this barrier by leveraging data from the Adolescent Brain Cognitive Development (ABCD) Study. As the largest long-term study of brain development and health in the country, the ABCD Study sample includes a cohort of 11,878 children between the ages of 9 and 10 who were recruited through school systems. The cohort spans 21 sites across the United States, encompassing more than 20% of the U.S. population in this age group, and includes comprehensive data on child development, including data on mental, social, and emotional health. The magnitude and breadth of data collected in the ABCD study allowed the research team to control for multiple confounders and to dissect specifically the association of ADHD medications with suicidal tendencies.

Performing a secondary analysis of the ABCD Study data, the LiBI researchers found that of the 11,878 children in the study, 8.5% were treated with ADHD medication, such as methylphenidate, Adderall or clonidine, and 8.8% reported past or current suicidality. The researchers found that children expressing suicidal tendencies had more externalizing symptoms and were more likely to receive ADHD medication than non-suicidal children. However, among children who demonstrated significant externalizing behaviors, those taking ADHD medications had lesser odds for suicidality, suggesting a moderating role for ADHD medications in these children.

To study whether this effect endured, the researchers analyzed data from participants’ one-year follow-up assessments. They found that children with high externalizing symptoms who were treated with ADHD medications at baseline were less likely to be suicidal one year later. Children who were not receiving ADHD medications at baseline but had high externalizing symptoms were more likely to be suicidal at the one-year follow up.

“Given the connection between childhood suicidality and poor adult mental health, these findings emphasize the importance of better and more thorough screening of school-aged children for externalizing behavioral symptoms,” Barzilay said. “These symptoms are treatable, and addressing them early has the strong potential to prevent and mitigate serious mental health issues later in life.”

About Children’s Hospital of Philadelphia: Children’s Hospital of Philadelphia was founded in 1855 as the nation’s first pediatric hospital. Through its long-standing commitment to providing exceptional patient care, training new generations of pediatric healthcare professionals, and pioneering major research initiatives, Children’s Hospital has fostered many discoveries that have benefited children worldwide. Its pediatric research program is among the largest in the country. In addition, its unique family-centered care and public service programs have brought the 595-bed hospital recognition as a leading advocate for children and adolescents. For more information, visit http://www.chop.edu