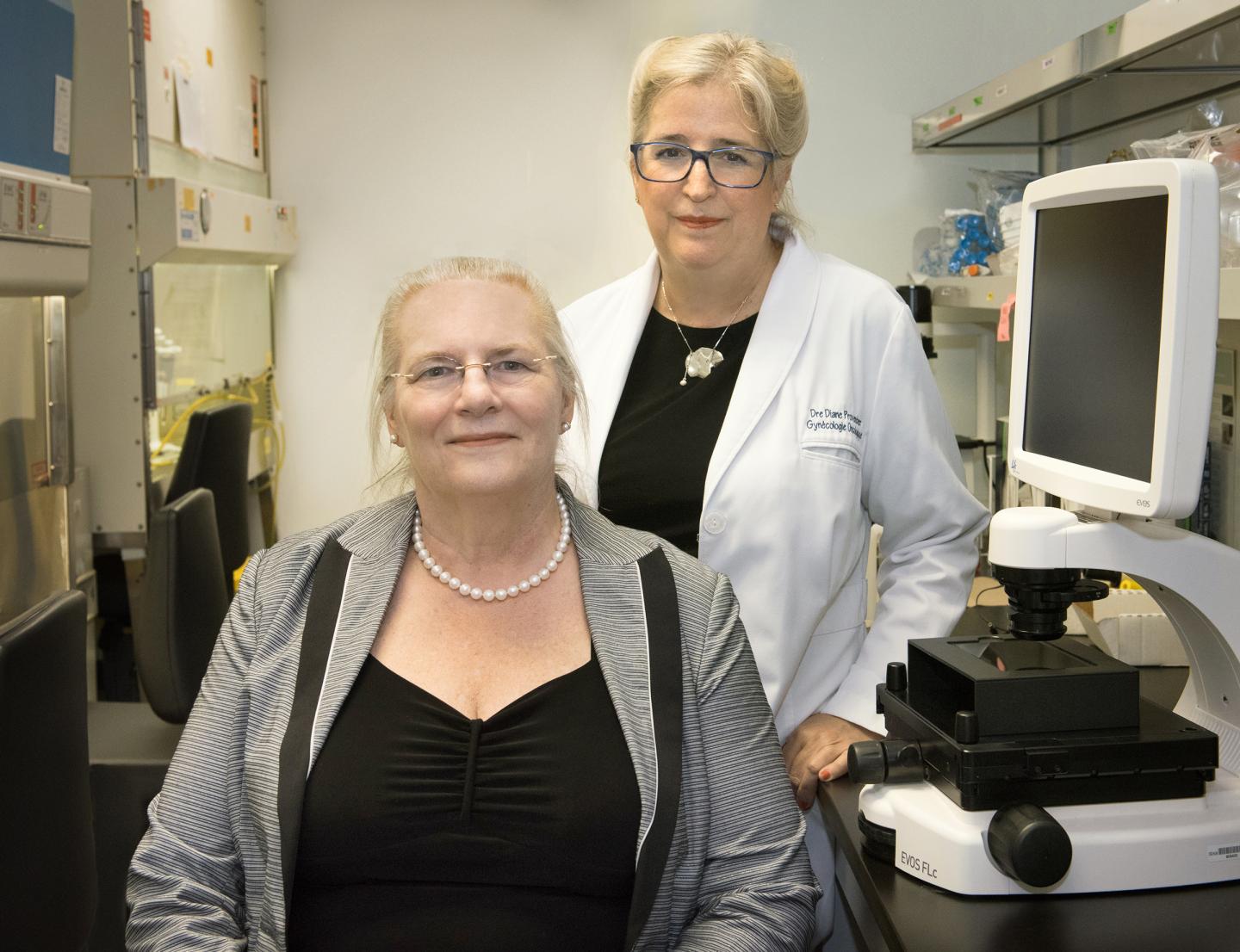 Did you know that 90% of cancer patients die from distant metastasis? The latter occurs when cancer cells have the ability to move within the patient’s body and invade its healthy tissues. In a study published in Nature Communications, researchers from the University of Montreal Hospital Research Centre (CRCHUM) have shown the key role that a protein called Ran plays in the mobility of ovarian cancer cells. They demonstrated these cells cannot migrate from cancerous sites without the help of Ran.

Implicated in cancer development and survival, Ran is often referred to as a shuttle protein mostly supporting transport between the inside of a cell and its nucleus. In ovarian cancer cells, the team of researchers, led by Dr. Anne-Marie Mes-Masson and Dr. Diane Provencher, showed Ran acts as a taxi to the cell membrane for another protein, RhoA, which is important in cell migration.

“In normal cells, RhoA can make its way directly to the cell membrane but in ovarian cancer cells it cannot. It has to link to Ran first in order to reach the cell membrane. It really needs a ride,” said Mes-Masson, a researcher at the CRCHUM, professor at Université de Montréal and member of the Institute du cancer de Montréal. “In our study, we showed that in cancer cells where we inhibit the action of Ran, RhoA gets broken down. Without RhoA, cancer cells lose then their ability to move, migrate and invade healthy tissues.”

Thanks to the vast expertise in biochemistry of the first author, Dr. Kossay Zaoui, the science team was able to explain at least in part why Ran is so important in a cancer cell. In many cancers high expression of Ran is often associated with poor outcomes.

“We have previously demonstrated that Ran is a good therapeutic target. Our study helps us understand when and in which cancer patients our approach might be most beneficial. As healthy cells do not need Ran to move around, we can target the cancer cells without touching the healthy cells. Based on our findings, it is probable that inhibiting Ran will also be a winning strategy in other cancers,” said Dr. Provencher, a researcher at CRCHUM, Head of the Division of Gynecology Oncology, professor at Université de Montréal and member of the Institute du cancer de Montréal.

The researchers have already begun to develop small molecules that can inhibit Ran and are testing them in the preclinical models they have developed to show that they can slow or eliminate cancer development. They hope one day that these new drugs will make their way into the clinic to be used to treat ovarian cancer patients.

The Importance of Our Biobank

For three decades, Drs. Provencher and Mes-Masson have collaborated to create the largest biobank of ovarian cancer specimens from women who have consented to participate in their research program. They managed to develop and characterize cell lines from tumour tissues, and these cell lines were essential to conduct this work.

According to the Canadian Cancer Society, 2,800 Canadian women were diagnosed with ovarian cancer in 2017 and 1,800 died from the disease. It is the fifth leading cause of death in North America.

This research was funded by the Canadian Institutes of Health Research and the Institut du cancer de Montreal through the Rallye Défi Can-Am Spyder and the Anne-Marie Chagnon initiatives.

The University of Montreal Hospital Research Centre (CRCHUM) is one of North America’s leading hospital research centres. It strives to improve adult health through a research continuum covering such disciplines as the fundamental sciences, clinical research and public health. Over 1,861 people work at the CRCHUM, including 542 scientists and 719 students and research assistants. chumontreal.qc.ca/crchum @CRCHUM

Deeply rooted in Montreal and dedicated to its international mission, Université de Montréal is one of the top universities in the French-speaking world. Founded in 1878, Université de Montréal today has 16 faculties and schools, and together with its two affiliated schools, HEC Montréal and Polytechnique Montréal, constitutes the largest centre of higher education and research in Québec and one of the major centres in North America. It brings together 2,500 professors and researchers and has more than 60,000 students. umontreal.ca

Coral reefs shifting away from equator

Designed with women in mind