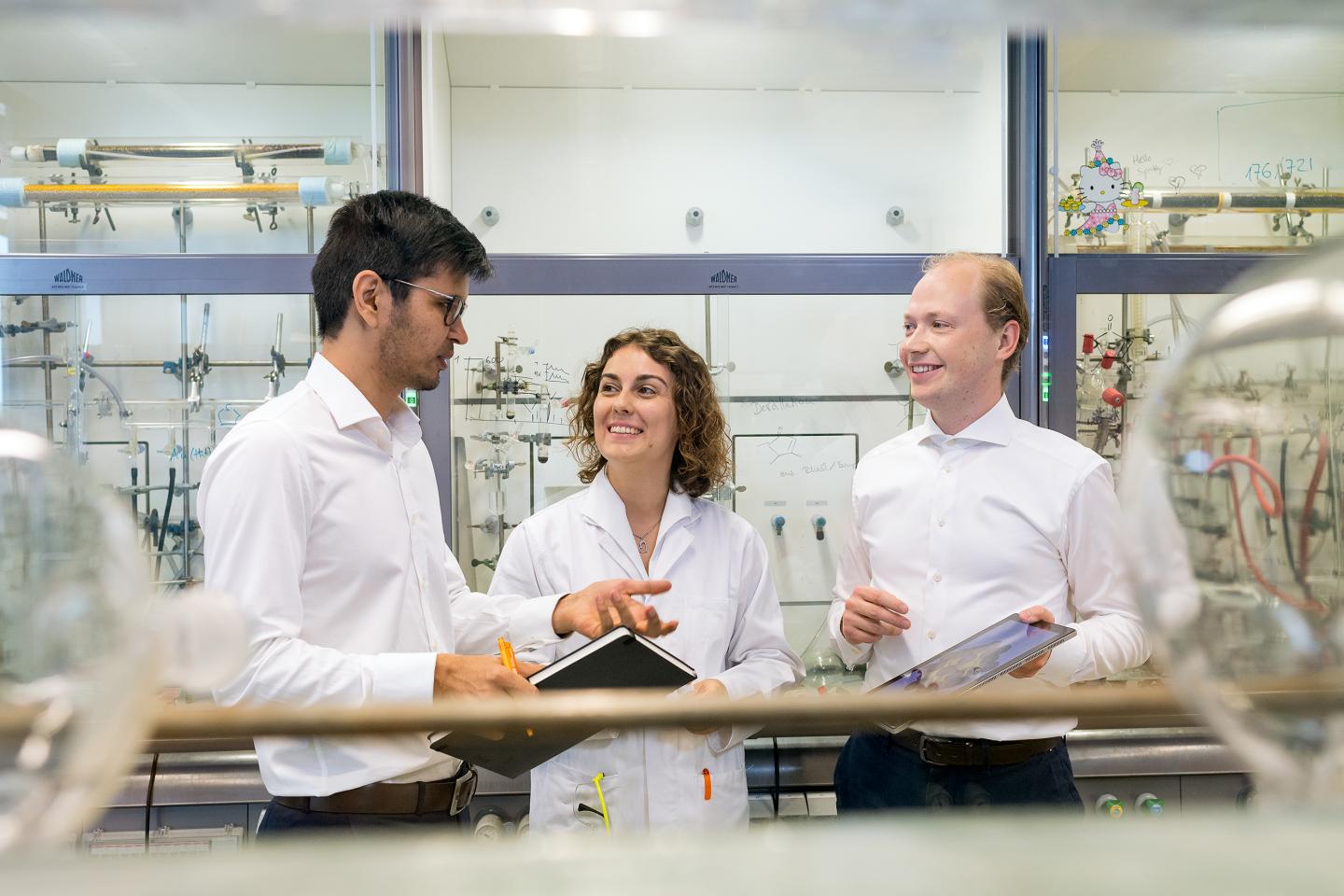 An interdisciplinary research team at the Technical University of Munich (TUM) has built platinum nanoparticles for catalysis in fuel cells: The new size-optimized catalysts are twice as good as the best process commercially available today.

Fuel cells may well replace batteries as the power source for electric cars. They consume hydrogen, a gas which could be produced for example using surplus electricity from wind power plants. However, the platinum used in fuel cells is rare and extremely expensive, which has been a limiting factor in applications up to now.

A research team at the Technical University of Munich (TUM) led by Roland Fischer, Professor for Inorganic and Organometallic Chemistry, Aliaksandr Bandarenka, Physics of Energy Conversion and Storage and Alessio Gagliardi, Professor for Simulation of Nanosystems for Energy Conversion, has now optimized the size of the platinum particles to such a degree that the particles perform at levels twice as high as the best processes commercially available today.

Ideal: A platinum “egg” only one nanometer big

In fuel cells, hydrogen reacts with oxygen to produce water, generating electricity in the process. Sophisticated catalysts at the electrodes are required in order to optimize this conversion. Platinum plays a central role in the oxygen-reduction reaction.

Searching for an ideal solution, the team created a computer model of the complete system. The central question: How small can a cluster of platinum atoms be and still have a highly active catalytic effect? “It turns out that there are certain optimum sizes for platinum stacks,” explains Fischer.

Particles measuring about one nanometer and containing approximately 40 platinum atoms are ideal. “Platinum catalysts of this order of size have a small volume but a large number of highly active spots, resulting in high mass activity,” says Bandarenka.

Interdisciplinary collaboration at the Catalysis Research Center (CRC) was an important factor in the research team’s results. Combining theoretical capabilities in modelling, joint discussions and physical and chemical knowledge gained from experiments ultimately resulted in a model showing how catalysts can be designed with the ideal form, size and size distribution of the components involved.

In addition, the CRC also has the expertise needed to create and experimentally test the calculated platinum nano-catalysts. “This takes a lot in terms of the art of inorganic synthesis,” says Kathrin Kratzl, together with Batyr Garlyyev and Marlon Rück, one of the three lead authors of the study.

Twice as effective as the best conventional catalyst

The experiment exactly confirmed the theoretical predictions. “Our catalyst is twice as effective as the best conventional catalyst on the market,” says Garlyyev, adding that this is still not adequate for commercial applications, since the current 50 percent reduction of the amount of platinum would have to increase to 80 percent.

In addition to spherical nanoparticles, the researchers hope for even higher catalytic activity from significantly more complex shapes. And the computer models established in the partnership are ideal for this kind of modelling. “Nevertheless, more complex shapes require more complex synthesis methods,” says Bandarenka. This will make computational and experimental studies more and more important in the future.

The work was supported by the German Research Foundation (DFG) as part of the International Graduate School of Science and Engineering of the Technical University of Munich (TUM), the Czech Republic’s Ministry for Youth, Education and Sports and the Central European Institute of Technology (CEITEC) in Brno (Czech Republic).