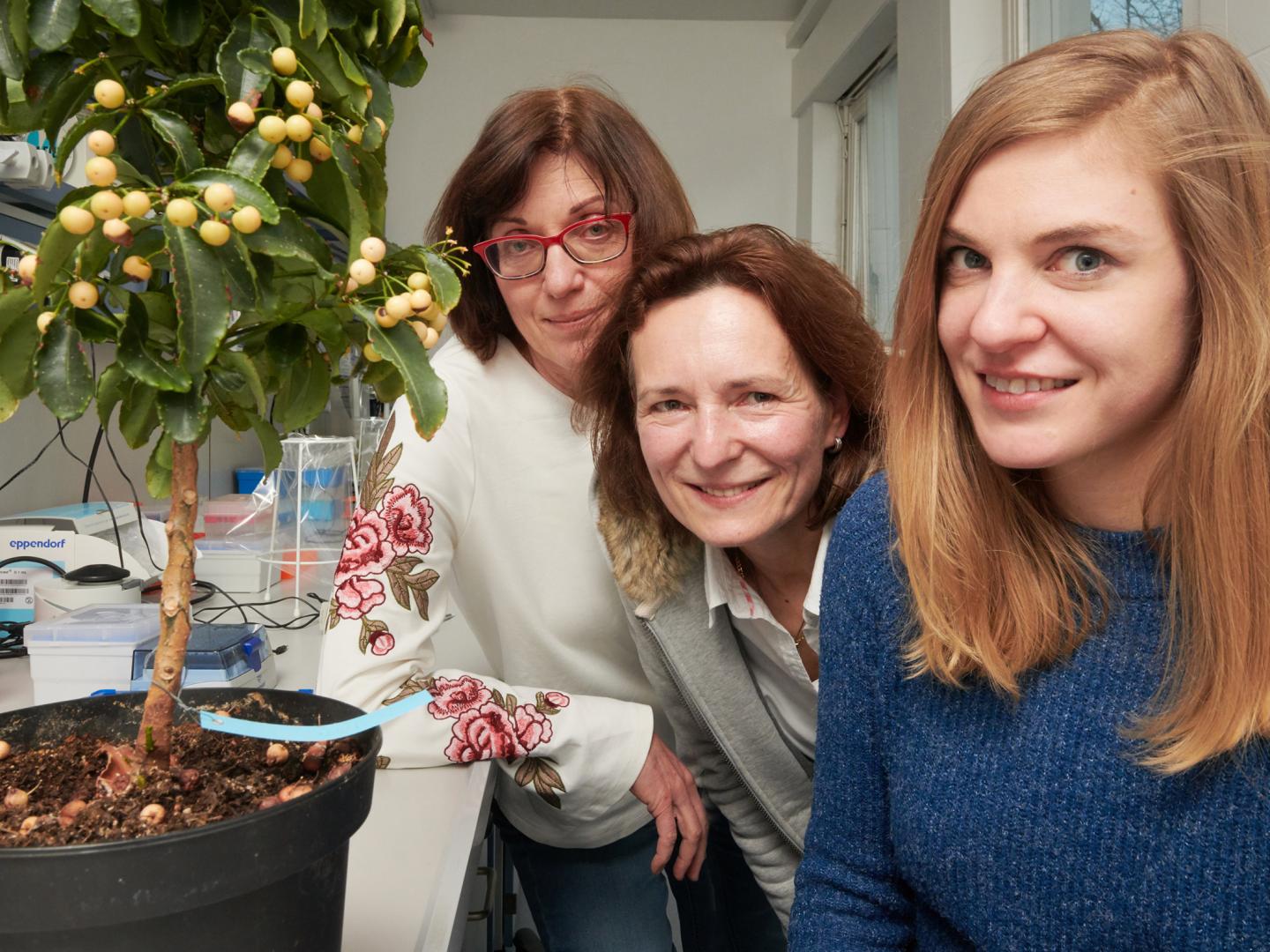 An active substance that has been known for 30 years could unexpectedly turn into a ray of hope against eye tumors. This is shown by a study conducted by researchers from the Universities of Bonn and Magdeburg together with US colleagues. The results are published in the renowned journal “Science Signaling“. The plant leaves of which contain the tested substance is anything but rare: At Christmas time you can find it in every well-assorted garden center.

The coralberry decorates many German living rooms during the winter months. At this time it forms bright red fruits, which make it a popular ornamental plant. The plant, originally from Korea, is surprisingly resistant to insect attack: Its leaves contain bacteria that produce a natural insecticide – a toxin with the cryptic name FR900359, abbreviated FR.

This toxin could soon become a star in a completely different field: as a potential drug against uveal melanoma, the most common and aggressive variant of eye cancer. FR has been the focus of pharmaceutical research for some time now: “The substance inhibits an important group of molecules in the cells, the Gq proteins,” explains Prof. Dr. Evi Kostenis from the Institute of Pharmaceutical Biology at the University of Bonn.

Gq proteins have a similar function in the cell as a city’s emergency control center: When the control center receives a call, it informs the police, ambulance and fire brigade as required. Gq proteins, on the other hand, can be activated by certain control signals. In their activated form, they switch different metabolic pathways on or off. However, the cell should not permanently change its behavior. The Gq proteins therefore inactivate themselves after a short time.

In uveal melanoma, however, a tiny mutation prevents two important Gq proteins from returning to their inactive state. They thus remain permanently active – this is as if the control center were constantly sending emergency vehicles to the source of the fire, even though the fire has been extinguished for days. Due to this malfunction, cells harboring this mutation begin to divide uncontrollably.

“FR can stop this division activity,” says Kostenis. “That’s something no one would have expected.” It has been known for some time that FR can prevent the activation of Gq proteins. The substance “clings” to the proteins and ensures that they remain in their inactive form. Common understanding was that FR ignores any Gq proteins that have already been activated. “Therefore, it seemed impossible for the substance to be effective in mutated and thus permanently active Gq proteins,” emphasizes Dr. Evelyn Gaffal.

A firm grip on the cancer causing protein

Gaffal recently moved from Bonn to the University of Magdeburg. Her research there includes strategies for combating skin cancer. “We also used FR in our experiments and were surprised to find that it suppresses the proliferation of cancer cells,” she explains. Scientists now also know why this is so: The mutated Gq proteins also seem to occasionally revert into their inactive form. As soon as this happens, FR900359 intervenes and gets a firm grip on the molecule. As a result, over time, more and more Gq proteins are successively withdrawn from their activated state for good.

FR has already proven its effectiveness in cell cultures and in experiments with mice suffering from cancer. But there are still a few hurdles to overcome before application in humans becomes feasible. Above all, the substance must reach the tumor cells precisely, without hitting other tissues. “Gq proteins assume vital functions practically everywhere in the body,” explains Prof. Kostenis. “If we want FR to kill only the tumor cells, we have to get the drug right there. However, this is a challenge that many other chemotherapies also have to deal with.”

FR was isolated for the first time 30 years ago by Japanese researchers. Another 25 years would pass before its biological mode of action was described – by none other than the research groups led by Professor Gabriele M. König and Professor Evi Kostenis at the Institute of Pharmaceutical Biology of the University of Bonn. This work now forms the basis for a research group of the German Research Foundation (DFG) on the group of G proteins and the possibility of their pharmacological manipulation.

Institute of Pharmaceutical Biology at the University of Bonn