Active pharmaceutical ingredients can persist in the environment 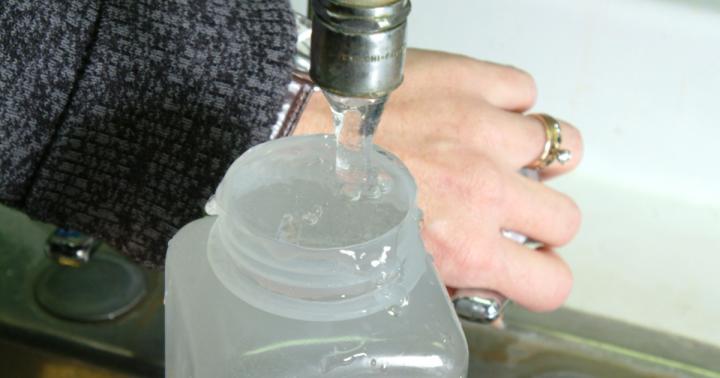 Homeowners who rely on private wells as their drinking water source can be vulnerable to bacteria, nitrates, and other contaminants that have known human health risks. Because they are not connected to a public drinking water supply, the homeowners are responsible for ensuring that their own drinking water is safe.

Similar to concerns that public drinking water treatment plants face, groundwater wells may be impacted by another group of contaminants — and they might be part of your daily use!

Ingredients in personal care items, over-the-counter and prescription medicines, and even food and drink products are introduced into domestic wastewater streams and can persist through treatment technologies. “This causes trace-levels of these chemicals to be found in the environment,” says Heather Gall. “Recently developed analytical technologies are now advanced enough for us to detect these compounds in water at increasingly low levels.” Gall is an assistant professor at Pennsylvania State University who studies contaminants of emerging concern in surface and groundwater.

A fully-functioning septic system releases the effluent slowly into a septic field. The soil, roots, and soil microbes biodegrade pollutants in the water before it gets back into groundwater.

However, in the U.S., 10-20% of septic tanks function poorly. This can increase the chance of these contaminants getting to groundwater, especially those that biodegrade slowly in the environment. After that, they can enter a downgradient household’s well water.

The presence of medicines in drinking water raise public health concerns. Impacted water may have harmful effects when consumed, but whether the levels present in private wells are high enough to pose a threat is an understudied area of research.

So, Gall partnered with the Pennsylvania Master Well Owner Network. Twenty-six homeowners volunteered to collect water samples from their private wells. “Since our project engaged private well owners, we wanted to focus on compounds they may be familiar with,” says Gall.

Gall’s team chose to test water samples for four common antibiotics, two over-the-counter anti-inflammatory drugs, and one common stimulant. Each reacts differently with soil in the septic field in different ways. These chemicals can bind physically to soil particles. They also can react with soil, soil microbes, and other compounds in the septic field. It’s a virtual chemistry experiment when active pharmaceutical ingredients reach the septic tank.

Gall found that medicines’ ability to get to groundwater was mostly controlled by two factors: sorption potential and biodegradability.

Sorption refers to the likelihood of the medicine attaching to another substance like soil or water. Medicines with low sorption are not likely to attach to soil in the septic field. That makes them more likely to move quickly through the soil profile and reach groundwater. The medicine most likely to reach groundwater was ofloxacin. This antibiotic was the most frequently detected medicine in the groundwater samples.

Naproxen, an anti-inflammatory drug, had the highest sorption, and was most likely to stay in the septic field. This could be the reason it was not detected in any of the groundwater samples of the study.

For example, ofloxacin, which was the most frequently detected, has a half-life of four years. However, acetaminophen, an anti-inflammatory drug, has a half-life shorter than one day. Luckily, so does your morning caffeine. Acetaminophen and caffeine were detected in less than half of the collected water samples.

Overall, the sorption potential and biodegradability of a medicine influences its ability to contaminate groundwater. Gall’s results also show that septic tanks can impact a household’s well water quality. But, the amount of medicines found in the samples suggest minimal risk to human health.

The issue of active pharmaceutical ingredients being present in drinking water sources is unfortunately something we have little control over from a use perspective. We can’t control how much we excrete, and even when our septic tanks are working, it’s clear that some compounds persist in the treated effluent. “We can do our best to be good environmental stewards by bringing expired and unused medicines to take-back locations, and of course, by maintaining septic tanks for many water quality reasons,” says Gall.

For private well owners concerned about their water quality, she recommends getting a water quality test done for primary drinking water standards and ensuring all existing standards are being met. Then, additional treatment technologies that can be adopted on site to help reduce emerging contaminants.

Read more about this research in Journal of Environmental Quality. This research was supported by funding from the PA Sea Grant, Penn State University, and the USDA National Institute of Food and Agriculture Federal Appropriations under Project PEN04574 and Accession number 1004448.

Scienmag Jul 26, 2019
Credit: Sharron Bennett A device that could help decrease the global burden of unwanted pregnancy has…

Predicting the impact of climate change on bridge safety