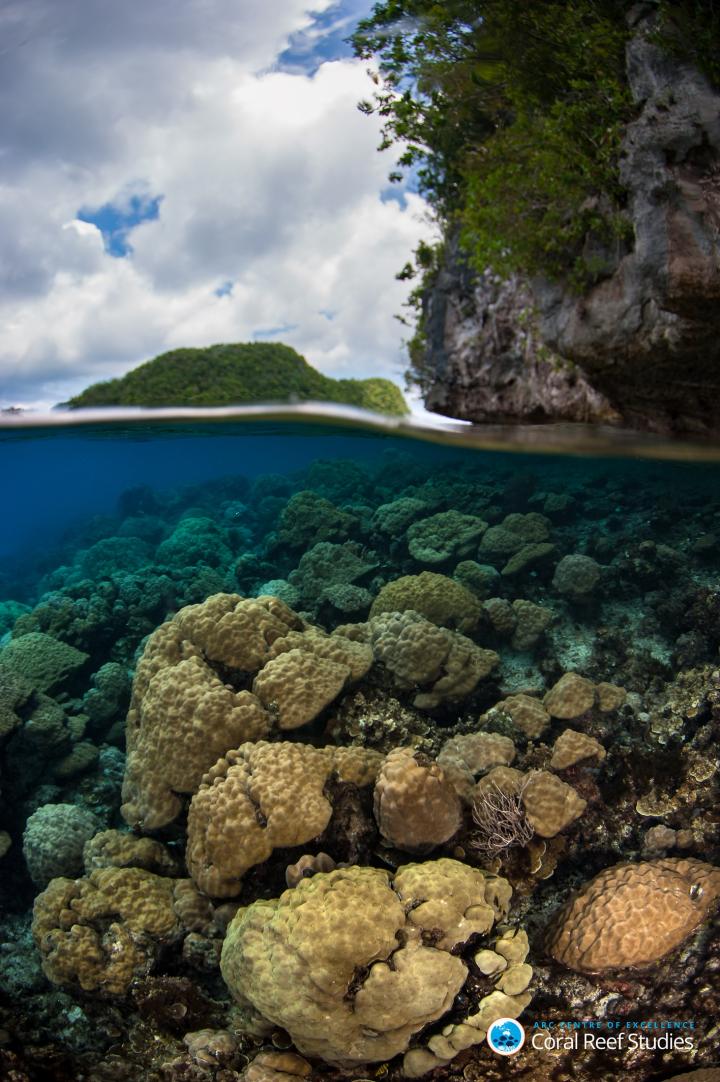 Scientists say bolder actions to protect coral reefs from the effects of global warming will benefit all ecosystems, including those on land.

In an article published in Nature today two researchers from the ARC Centre of Excellence for Coral Reef Studies at James Cook University (Coral CoE at JCU) say the world’s reefs will disappear by 2070 if climate change continues on its current path. Even well-protected World Heritage-listed coral reefs have been increasingly damaged by regional and global bleaching since 1980.

Prof Tiffany Morrison and Prof Terry Hughes suggest a new, holistic approach to safeguarding coral reefs by focussing on land as well as the ocean.

“We must take a new, bolder approach to tackle the underlying causes of coral reef decline,” lead author Prof Morrison said. “This means fixing the causes on a global, as well as local, scale–both in the sea and on land.”

As an example, to protect the Great Barrier Reef, Prof Morrison suggests policymakers in Australia should replace coal-fired power with renewable energy sources, develop land-based aquaculture, and restore or rehabilitate terrestrial vegetation and wetlands in the 425,000-square-kilometre catchment of the Great Barrier Reef.

The Nature article argues that current approaches to coral reef conservation are failing as protecting local biodiversity on reefs and trying to restore damaged corals are the main focus.

“Attempts to grow corals in aquaria or underwater nurseries are futile unless we address the major threats,” he said.

“Reefs won’t disappear if we tackle the root cause of their decline; global carbon emissions need to be slashed to 45% of 2010 levels by 2030.”

The authors suggest that a bolder, scaled-up approach to the stewardship of land and sea–focused initially on coral reefs–could itself help society meet this goal.

Coral reefs cover only 0.5% of the ocean floor, but they support almost 30% of the world’s marine fish species. 400 million people depend on reefs for work, food and protection from waves, storms and floods.

“What we’re suggesting is not impossible,” the authors said. “Countries such as Costa Rica, states such as California and cities such as Copenhagen have all taken up initiatives to curb greenhouse gas emissions and provide alternative economic opportunities that set powerful examples for the rest of the world.”

The article urges scientists, policymakers, non-governmental organisations and philanthropists to develop similarly bold strategies to protect reefs, other ecosystems and people in a warming world.

(for phone enquiries please use media contact at end of page)

Scienmag Feb 3, 2020
Enough energy to power all households in the USA and Mexico; enough nutrients to meet ~13% of world fertilizer…

$2.8 million grant to fund bioprinting for reconstruction of face,…