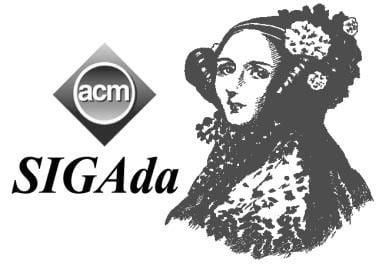 Brad Moore is the author of concrete open-source artifacts in Ada, most significantly “Paraffin,” a suite of Ada 2012 generics that facilitate iterative and recursive parallelism for multicore systems, and provides safer recursion for single and multicore systems. He has also been a vocal proponent of creating new support for parallelism in Ada, which will be integrated in the next version of the language. Moore has also been a contributor to the Ada standardization and language maintenance process, and has been an author and tutorial presenter in various conferences and workshops including Ada-Europe, SIGAda and the International Real-Time Ada Workshop (IRTAW)–where he also served as the 2018 Program Chair.

John A Hamilton, Jr., a member of SIGAda since 1988, has been an active and influential organizer of SIGAda initiatives for decades. A former Lieutenant Colonel in the United States Army, Hamilton served as the Chair of the Ada Software Engineering Education Team (ASEET). ASEET provided education and training in Ada at all US service academies and military training centers. His service with ASEET also included chairing several conferences. As the last Director of the Ada Joint Program Office, Hamilton facilitated the transfer of Ada technology from the government to the private sector. Hamilton is also recognized for authoring several influential publications and developing lecture notes, exams and projects that have been used widely in Ada education. He is currently serving as Chair of SIGAda through 2021.

About The Robert Dewar Award for Outstanding Ada Community Contributions

Formerly known as SIGAda’s Ada Community Contributions Award, the Award is named in honor of the late Robert Dewar. The Robert Dewar Award for Outstanding Ada Community Contributions is presented annually for broad, lasting contributions to Ada technology & usage. Past recipients of this award include Jean Ichbiah, the head of the design team for the original Ada language; and Tucker Taft, the head of the Ada 95 revision team.

The ACM SIGAda Distinguished Service Award is presented annually for exceptional contributions to SIGAda activities and products. Past recipients of this award include Ben Brosgol, the SIGAda Chair during the zenith of the TRI-Ada conference when it became one of ACM’s big-5 conferences; and John McCormick, an advocate for Ada education and also a former SIGAda Chair.

ACM SIGAda is a professional society focused on the Ada language and its many aspects including standardization, development environments, usage/experience, implementation, and education. SIGAda holds an annual conference or workshop on High Integrity Language Technology and publishes Ada Letters, twice a year.

Who shared fake news on Facebook during the 2016 US presidential election?

UVA professor Matthew B. Dwyer named a fellow by the Association for Computing…

Focus on opioids and cannabis in chronic pain media coverage