Accessible healthcare could be key to solving climate crisis

Accessible healthcare could be key to solving climate crisis, according to Stanford researchers and others 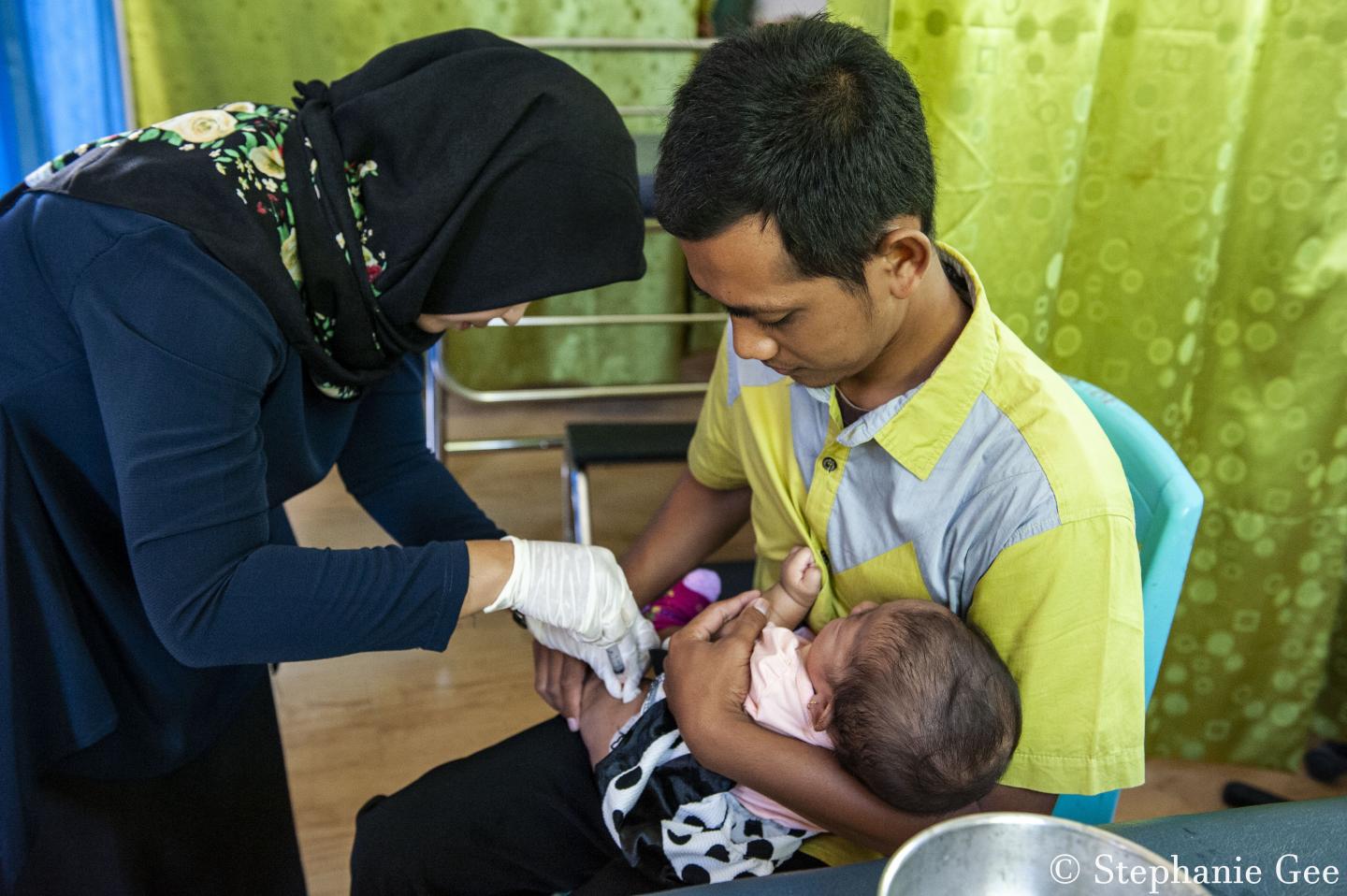 The analysis, published in PNAS on Oct. 26, finds that deforestation in an Indonesian national park declined 70 percent – equivalent to an averted carbon loss worth more than $65 million – in the 10 years after an affordable health clinic opened in the area. The clinic, which accepts barter as payment and gives discounts to villages based on community-wide reductions in logging, could provide a blueprint for preserving the world’s biodiverse carbon sinks while reversing poverty and poor health outcomes.

“This innovative model has clear global health implications,” said study co-author Michele Barry, senior associate dean of global health at Stanford and director of the Center for Innovation in Global Health. “Health and climate can and should be addressed in unison, and done in coordination with and respect for local communities.”

Every second, more than 100 trees disappear from tropical forests around the world. These forests, some of the world’s most important carbon reservoirs, are crucial to slowing climate change and mass extinction.

With this in mind, nonprofit organizations Alam Sehat Lestari and Health In Harmony established a healthcare clinic adjacent to Gunung Palung National Park in West Kalimantan, Indonesia in 2007 with the support of the local government. Between 1985 and 2001, this region had lost 60 percent of its forest to illegal logging. The clinic was able to serve thousands of patients by accepting a range of alternative payments, such as tree seedlings, handicrafts and labor – an approach that was created in collaboration with local communities. Through agreements with most of the region’s district leaders, the clinic also provided discounts to villages that could show evidence of reductions in illegal logging. In addition to affordable health care, the intervention provided training in sustainable, organic agriculture and a chainsaw buyback program.

Researchers from Stanford and other institutions worked with the two non-profits to analyze more than 10 years of the clinic’s patient health records, coupled with satellite observations of forest cover over that time. They found significant case declines in a range of infectious and non-communicable diseases, such as malaria and tuberculosis. At the same time, satellite images of the national park showed a 70 percent reduction in deforestation, compared to forest loss at control sites, an amount equivalent to more than 6,770 acres (27.4 square kilometers) of rainforest.

“We didn’t know what to expect when we started evaluating the program’s health and conservation impacts, but were continually amazed that the data suggested such a strong link between improvements in health care access and tropical forest conservation,” said Isabel Jones, the study’s lead author and recent recipient of a doctoral degree in biology from Stanford University.

Looking more closely at community-level logging rates, the researchers found that the greatest drop-offs in logging occurred adjacent to villages with the highest rates of clinic usage.

“This is a case study of how to design, implement and evaluate a planetary health intervention that addresses human health and the health of rainforests on which our health depends,” said study co-author Susanne Sokolow, a senior research scientist at the Stanford Woods Institute for the Environment.

Globally, about 35 percent of protected areas are traditionally owned, managed, used or occupied by Indigenous and local communities, yet the perspective and guidance of Indigenous Peoples and local communities are rarely considered in the design of conservation and climate mitigation programs. By contrast, the Indonesian clinic’s success grew out of the early and continued design by local communities who identified the mechanisms driving linked health-environment problems and the solutions.

Such holistic approaches can have greater long-term effects by preserving and restoring forest ecosystems that protect human health, such as natural filtering processes in soil that reduce the risk of waterborne diarrheal disease and shade-providing forest canopies that reduce ground temperature and heat-related illness.

“The data support two important conclusions: human health is integral to the conservation of nature and vice versa, and we need to listen to the guidance of rainforest communities who know best how to live in balance with their forests,” said Monica Nirmala, the executive director of the clinic from 2014 to 2018 and current board member of Health In Harmony.

Stanford researchers are working with Alam Sehat Lestari and Health In Harmony as they replicate the unique approach with other rainforest communities in Indonesia, Madagascar and Brazil.