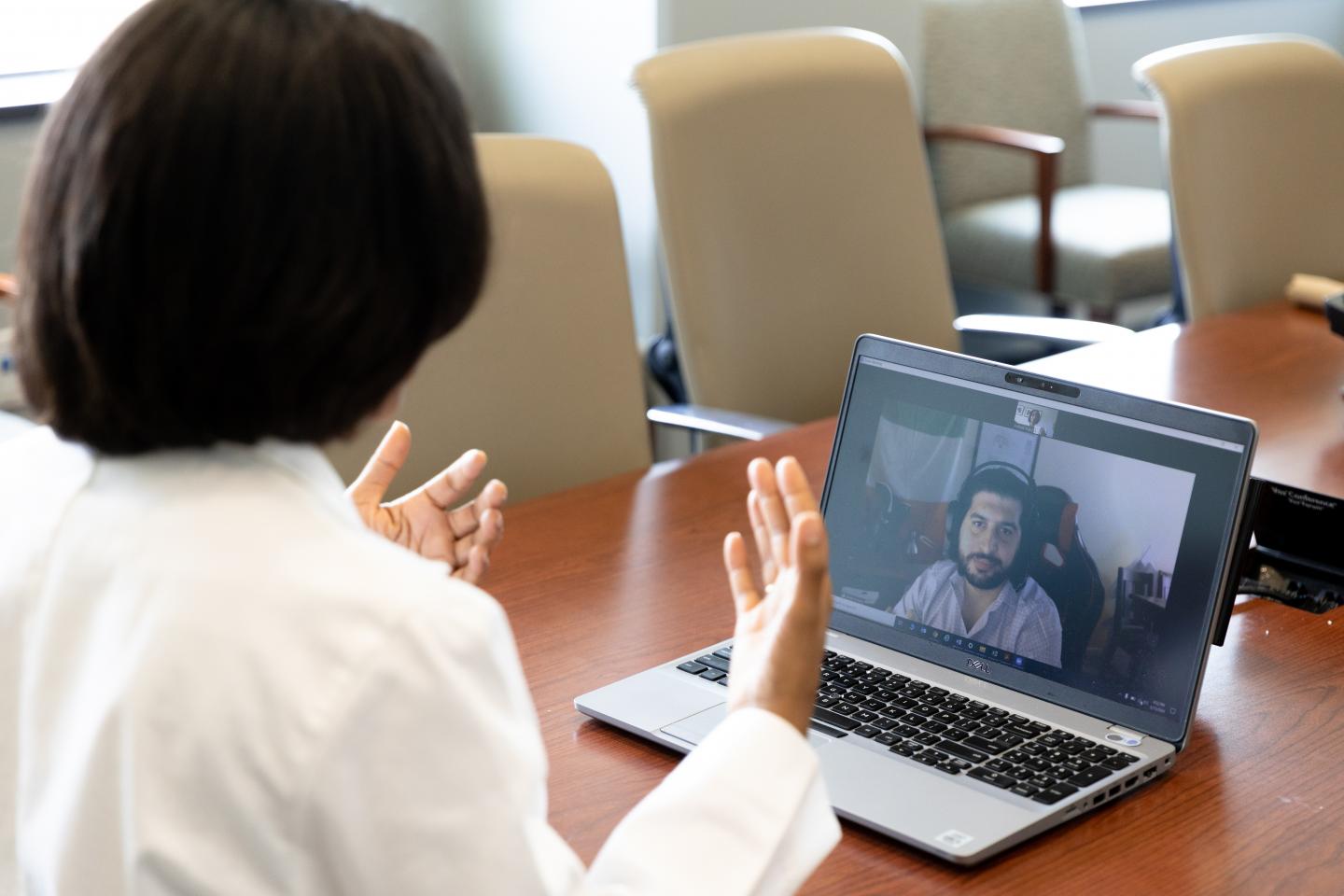 The military mantra of “no man left behind” is being applied to help veterans complete treatment for post-traumatic stress disorder (PTSD) using evidence-based psychotherapy, paired with peer support, in a study led by trauma researchers at The University of Texas Health Science Center at Houston (UTHealth).

The number of veterans with the disorder varies by the war theater in which they served, but between 10-20% of veterans dating back to the Vietnam War have been diagnosed with PTSD, according to the U.S. Department of Veterans Affairs.

“This particular study is looking at combat veterans because they are more likely to suffer from PTSD due to several factors, such as the type and intensity of trauma they have experienced, their history of exposure to repeated traumatic events, being away from home on deployment during these events, or even witnessing something traumatic happening to one of their fellow service members,” said Melba Hernandez-Tejada, PhD, DHA, associate professor in the Louis A. Faillace, MD, Department of Psychiatry and Behavioral Sciences at McGovern Medical School at UTHealth.

Exposure-based therapy is an effective treatment for PTSD, and therapists have removed many barriers to obtaining this care by using telehealth to overcome logistics and stigma related to treatment.

“With telehealth sessions, patients don’t have to worry about needing transportation to their appointment, or how far away their provider is, or being seen entering a mental health clinic,” Hernandez-Tejada said. “When those obstacles are removed, they can just focus on their treatment and getting the help they need to get better.”

However, even with increased access to providers, many PTSD patients do not finish their course of treatment. Hernandez-Tejada said the dropout rate ranges from 25-50%, based on clinic and research data from PTSD patients in the U.S.

Hernandez-Tejada believes that pairing patients who are currently undergoing treatment with volunteer peers who have successfully completed PTSD exposure therapy and who are no longer symptomatic may be a way to address this problem.

During this study, the person undergoing treatment for PTSD will meet with their support peer to become familiar with them and the therapy process. The peer then accompanies the patient during exposure exercises where they work to overcome their response to situations that might be particularly triggering or traumatizing for them, such as going to a crowded market.

“It’s the same concept as having a workout buddy who encourages you to exert yourself, but for PTSD the therapy homework can sometimes involve things like going to places that are realistically safe, but trigger anxiety, like a crowded store or a movie theater,” Hernandez-Tejada said. “The patients can work on those situations that trigger their PTSD symptoms gradually, in stages of increasing difficulty, accompanied by their peer while supervised by the therapist. If their anxiety is triggered by going to a place like the grocery store at an hour when it’s crowded, they might start with driving to the store and sitting in the parking lot, and then getting out of the car and walking to the door before going inside, and then going inside, etc.”

This exposure treatment support system is in place for the patients for up to five weeks as part of their therapy.

“We don’t want patients to develop a dependence on their peers, rather we want them to utilize the connection with their peers to face their triggers and work through them, and then do these things themselves after they achieve some mastery,” Hernandez-Tejada said.

Hernandez-Tejada hopes this trial will help shed light on the different ways her patients with PTSD can be helped and continue to thrive following different harrowing experiences.

“PTSD patients benefit by social support in treatment, and it is always important to learn more about what their triggers are and what can be done to support them in confronting these triggers both during and after treatment,” she said.

The current trial is funded by the U.S. Army Medical Research and Material Command (USAMRMC) (BA160297). Ron Acierno, PhD, professor in the Faillace Department of Psychiatry and Behavioral Sciences at McGovern Medical School, is also an investigator on this study.