Researchers at Osaka University use deep learning to reduce noise in the electrical current data collected from nanopores, which may lead to higher precision measurements when working with very tiny experiments or medical diagnostics 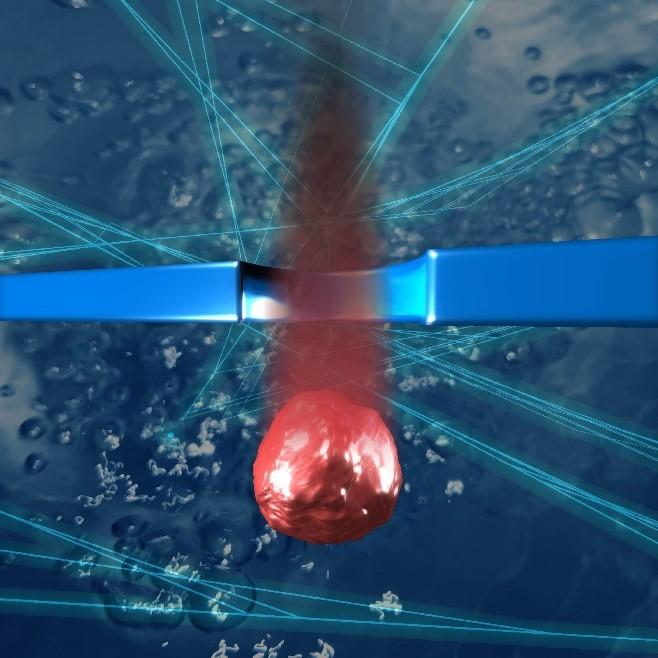 Osaka, Japan – Scientists from the Institute of Scientific and Industrial Research at Osaka University used machine learning methods to enhance the signal-to-noise ratio in data collected when tiny spheres are passed through microscopic nanopores cut into silicon substrates. This work may lead to much more sensitive data collection when sequencing DNA or detecting small concentrations of pathogens.

Miniaturization has opened the possibility for a wide range of diagnostic tools, such as point-of-care detection of diseases, to be performed quickly and with very small samples. For example, unknown particles can be analyzed by passing them through nanopores and recording tiny changes in the electrical current. However, the intensity of these signals can be very low, and is often buried under random noise. New techniques for extracting the useful information are clearly needed.

Now, scientists from Osaka University have used deep learning to “denoise” nanopore data. Most machine learning methods need to be trained with many “clean” examples before they can interpret noisy datasets. However, using a technique called “Noise2Noise,” which was originally developed for enhancing images, the team was able to improve resolution of noisy runs even though no clean data was available. Deep neural networks, which act like layered neurons in the brain, were utilized to reduce the interference in the data.

“The deep denoising enabled us to reveal faint features in the ionic current signals hidden by random fluctuations,” first author Makusu Tsutsui says. “Our algorithm was designed to select features that best represented the input data, thus allowing the computer to detect and subtract the noise from the raw data.”

The process was repeated many times until the underlying signal was recovered. Essentially, many noisy runs were utilized to produce one clean signal.

“Our method may expand the capability nanopore sensing for rapid and accurate detection of infection diseases,” explains senior author Takashi Washio. “This research may lead to much more accurate diagnostic tests, even when the underlying signal is very weak.”