The synthesis of bio-based high-performance polyamide from biogenic residues 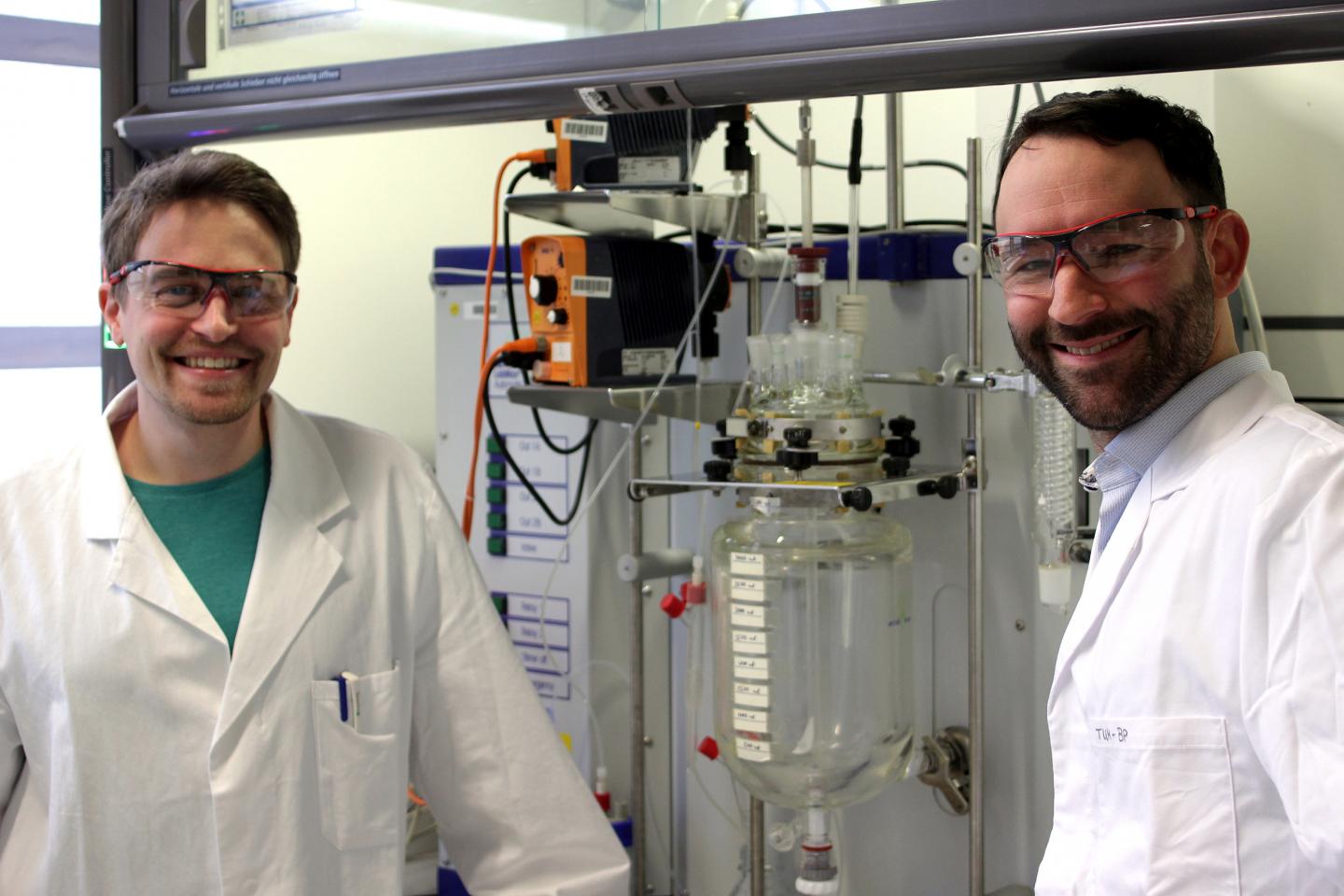 A research team from the Fraunhofer Society and the Technical University of Munich (TUM) led by chemist Volker Sieber has developed a new polyamide family which can be produced from a byproduct of cellulose production – a successful example for a more sustainable economy with bio-based materials.

Polyamides are important plastics. They can be found in ski bindings and in cars or items of clothing. Commercially, they have been made predominantly from crude oil up until now; there are just a few “green” alternatives, such as polyamides based on castor oil.

Bio-based compounds are often significantly more expensive to produce and have therefore only been able to penetrate the market before now if they have had particular properties.

A team led by Volker Sieber, Professor of the Chemistry of Biogenic Raw Materials at TU Munich, has now developed a completely new polyamide family which can be produced from a byproduct of cellulose production.

The biogenic starting material, (+)-3-carene, is made up of two rings which are fused to one another. The chemists at the TUM and the Fraunhofer Institute for Interfacial Engineering and Biotechnology (IGB) in Straubing have now modified one of the rings in such a way that it can be opened up, yielding a long chain of molecules, a polymer.

The second ring remains intact here. In this way, instead of a linear polymer chain like in traditional polyamides, a chain which bears many small rings and other side groups emerges. This gives the polymer completely new functions.

The new polyamides impress thanks to their special properties which make them attractive for many applications. For example, they melt at higher temperatures than the competing crude oil derived products. In addition, the new compounds can be produced transparently as well as in a partially crystalline manner, which increases its later application possibilities using the same starting substance.

“By way of reaction conditions and catalysts during synthesis, we can easily control whether we will obtain a transparent or partially crystalline polyamide in the end,” explains Sieber. “However, the basis for this is offered above all by the specific structure of the bio-based starting material which would be very expensive to obtain from fossil raw materials.”

From an industrial point of view, it is important that the synthesis basically takes place in one reaction container. This “one-pot” process would not just allow a significant reduction in costs, but would also mean a clear increase in sustainability, according to Sieber.

The biogenic starting material (+)-3-carene can actually be distilled at a high purity and comparatively low cost from the turpentine oil produced as a secondary product in the cellulose industry.

Up until now, the turpentine oil was only heated in the cellulose factories. “We use it as a vital starting material for plastics,” says Sieber. “This is an enormous increase in value.”

No competition with food production

Sieber points out that with turpentine oil being a side product of the forest industry, in contrary to the use of castor oil, we are not competing against food production. The researchers are not yet completely satisfied with the achieved overall yield of the process, this is at 25 percent by mass.

“Thanks to the simple scalability, the potential for an efficient process is very high,” says Paul Stockmann, whose doctoral thesis at the TUM is based on the findings. At the Fraunhofer IGB, the chemist is now working on establishing (+)-3-carene-based polyamides on the market as alternatives to crude-oil-based high-performance polyamides.

The work was funded by the Ministry of Food and Agriculture (BMEL) and the Fachagentur Nachwachsende Rohstoffe e. V. (FNR).