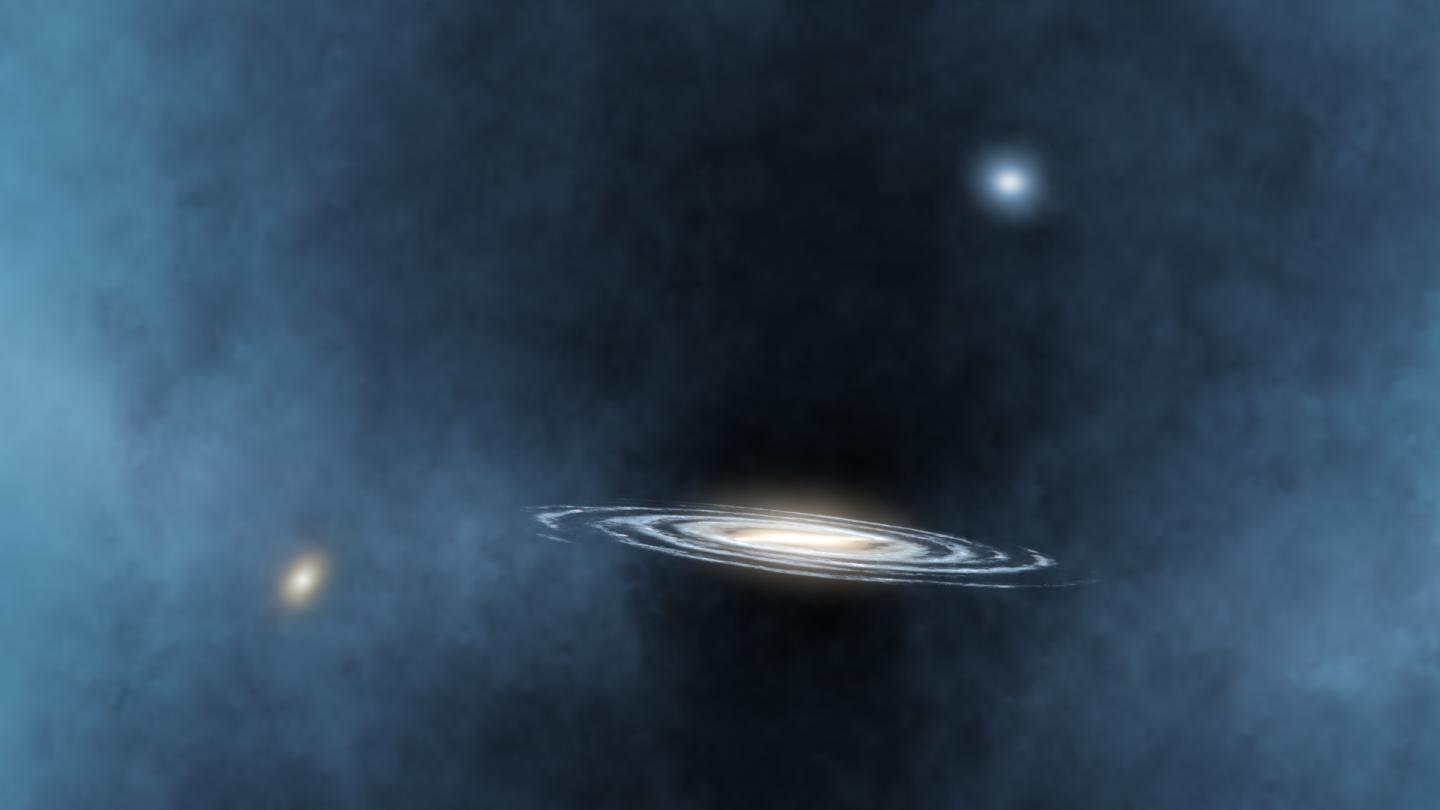 At the heart of almost every sufficiently massive galaxy there is a black hole whose gravitational field, although very intense, affects only a small region around the centre of the galaxy. Even though these objects are thousands of millions of times smaller than their host galaxies our current view is that the Universe can be understood only if the evolution of galaxies is regulated by the activity of these black holes, because without them the observed properties of the galaxies cannot be explained.

Theoretical predictions suggest that as these black holes grow they generate sufficient energy to heat up and drive out the gas within galaxies to great distances. Observing and describing the mechanism by which this energy interacts with galaxies and modifies their evolution is therefore a basic question in present day Astrophysics.

With this aim in mind, a study led by Ignacio Martín Navarro, a researcher at the Instituto de Astrofísica de Canarias (IAC), has gone a step further and has tried to see whether the matter and energy emitted from around these black holes can alter the evolution, not only of the host galaxy, but also of the satellite galaxies around it, at even greater distances. To do this, the team has used the Sloan Digital Sky Survey, which allowed them to analyse the properties of the galaxies in thousands of groups and clusters. The conclusions of this study, started during Ignacio’s stay at the Max Planck Institute for Astrophysics, are published today in Nature magazine.

“Surprisingly we found that the satellite galaxies formed more or fewer stars depending on their orientation with respect to the central galaxy”, explains Annalisa Pillepich, researcher at the Max Planck Institute for Astronomy (MPIA, Germany) and co-author of the article. To try to explain this geometrical effect on the properties of the satellite galaxies the researchers used a cosmological simulation of the Universe called Illustris-TNG whose code contains a specific way of handling the interaction between central black holes and their host galaxies. “Just as with the observations, the Illustris-TNG simulation shows a clear modulation of the star formation rate in satellite galaxies depending on their position with respect to the central galaxy”, she adds.

This result is doubly important because it gives observational support for the idea that central black holes play an important role in regulating the evolution of galaxies, which is a basic feature of our current understanding of the Universe. Nevertheless, this hypothesis is continually questioned, given the difficulty of measuring the possible effect of the black holes in real galaxies, rather than considering only theoretical implications.

These results suggest, then, that there is a particular coupling between the black holes and their galaxies, by which they can expel matter to great distances from the galactic centres, and can even affect the evolution of other nearby galaxies. “So not only can we observe the effects of central black holes on the evolution of galaxies, but our analysis opens the way to understand the details of the interaction”, explains Ignacio Martín Navarro, who is the first author of the article.

“This work has been possible due to collaboration between two communities: the observers and the theorists which, in the field of extragalactic Astrophysics, are finding that cosmological simulations are a useful tool to understand how the Universe behaves”, he concludes.