A study in scarlet Japanese macaques

Skin coloration does not correlate with fertility, as previously thought 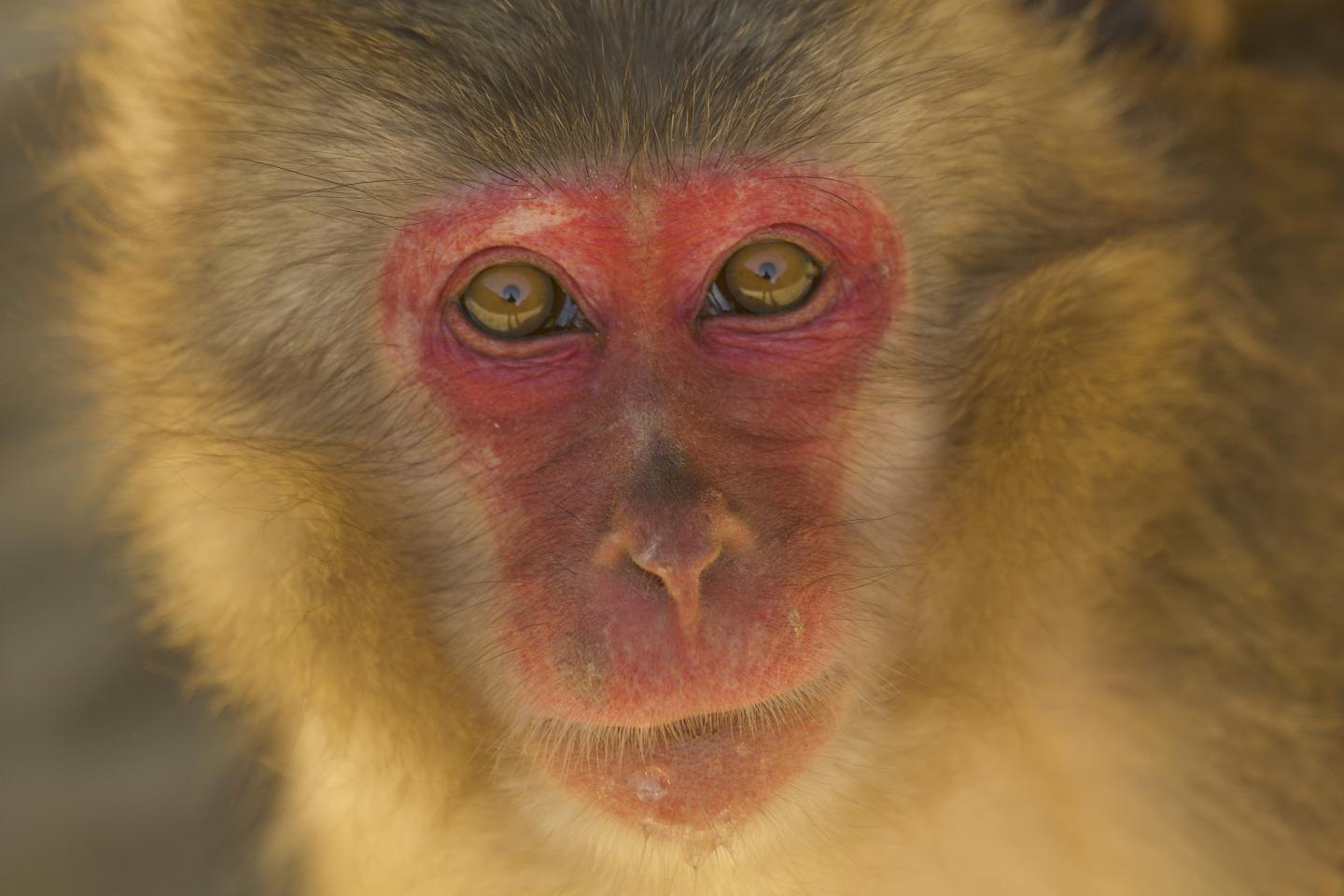 Japan — From peacocks to butterflies and betta fish, mother nature never disappoints when it colors the males of a species. Which makes sense, in species with traditional sex roles, males are more involved in competing for mates, leading females to be choosier in their selection. As a result, males evolve to display even flashier and attractive ornaments.

These color changes also happen in many primates. For example, both male and female Japanese macaques display changing red skin coloration. But in new research published in Behavioral Ecology and Sociobiology a team from Kyoto University’s Primate Research Institute propose that female red skin color acts as a ‘badge’ of their social status and not — as previously thought — of fertility.

Previous studies in other primates such as rhesus macaques and mandrills have shown a link between red skin color variation and ovulation or fertility. Female Japanese macaques have also been observed to acquire ‘redder faces’, linked to variation in sex hormone levels, leading researchers to assume that darker/redder faces are a sign of mating availability in the species.

“Our research is about better understating human sexuality by studying the evolutionary and biological roots of primate sexual communication,” explains Rigaill.

To determine if changes in skin color actually signals ovulation timing or probability of conception, the team collected face and hindquarters coloration data along with the hormone levels of selected female macaques during the winter mating season.

“We were astonished to find that, contrary to what we originally thought, changes in female skin color did not actually indicate the ovulation period! Skin color was not correlated to fertility either,” continues Rigaill. “It even gets more surprising! Females of higher-social status had darker/redder hindquarters, something only reported in male primate populations until now.”

“We suggest that female red skin coloration acts as a ‘badge’ of social rank, where higher ranked females have darker/redder hindquarters,” Rigaill explains. “Intriguingly, females don’t show precise behavioral or coloration changes until the beginning of pregnancy, outlining a larger picture of the sexual signaling in this species: females seem to conceal ovulation but signal pregnancy.”

The team is excited to have more evidence that mate choice, sexual competition, and mating strategies are dynamic and is expressed by both sexes, and are looking to expand their understanding of the evolution of sexual communication in other primate species.

The paper “The redder the better? Information content of red skin coloration in female Japanese macaques” appeared on 2nd July 2019 in the Behavioral Ecology and Sociobiology with doi: 10.1007/s00265-019-2712-x

The UC3M programs a humanoid robot to communicate in sign language

Can we make ocean water drinkable — and should we? (video)

Scienmag May 22, 2019
Rutgers-led study could benefit millions who rely on corn for nutritionCredit: Hugo Dooner/Waksman Institute of…