A star in a distant galaxy blew up in a powerful explosion, solving an astronomical mystery 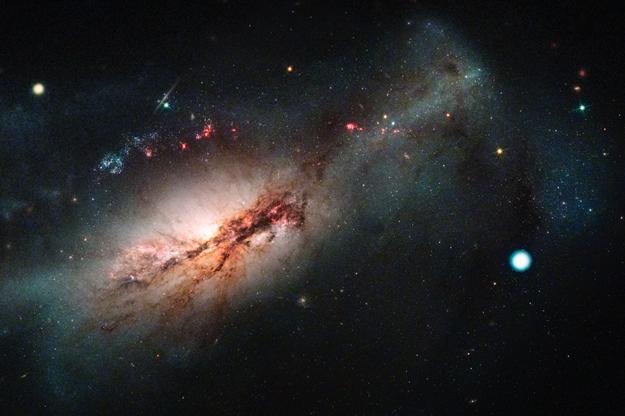 Dr. Iair Arcavi, a Tel Aviv University researcher at the Raymond and Beverly Sackler Faculty of Exact Sciences, participated in a study that discovered a new type of stellar explosion – an electron-capture supernova. While they have been theorized for 40 years, real-world examples have been elusive. Such supernovas arise from the explosions of stars 8-9 times the mass of the sun. The discovery also sheds new light on the thousand-year mystery of the supernova from A.D. 1054 that was seen by ancient astronomers, before eventually becoming the Crab Nebula, that we know today.

A supernova is the explosion of a star following a sudden imbalance between two opposing forces that shaped the star throughout its life. Gravity tries to contract every star. Our sun, for example, counter balances this force through nuclear fusion in its core, which produces pressure that opposes the gravitational pull. As long as there is enough nuclear fusion, gravity will not be able to collapse the star. However, eventually, nuclear fusion will stop, just like gas runs out in a car, and the star will collapse. For stars like the sun, the collapsed core is called a white dwarf. This material in white dwarfs is so dense that quantum forces between electrons prevent further collapse.

For stars 10 times more massive than our sun, however, electron quantum forces are not enough to stop the gravitational pull, and the core continues to collapse until it becomes a neutron star or a black hole, accompanied by a giant explosion. In the intermediate mass range, the electrons are squeezed (or more accurately, captured) onto atomic nuclei. This removes the electron quantum forces, and causes the star to collapse and then explode.

Historically, there have been two main supernova types. One is a thermonuclear supernova — the explosion of a white dwarf star after it gains matter in a binary star system. These white dwarfs are the dense cores of ash that remain after a low-mass star (one up to about 8 times the mass of the sun) reaches the end of its life. Another main supernova type is a core-collapse supernova where a massive star — one more than about 10 times the mass of the sun — runs out of nuclear fuel and has its core collapsed, creating a black hole or a neutron star. Theoretical work suggested that electron-capture supernovae would occur on the borderline between these two types of supernovae.

That’s the theory that was developed in the 1980’s by Ken’ichi Nomoto of the University of Tokyo, and others. Over the decades, theorists have formulated predictions of what to look for in an electron-capture supernova. The stars should lose a lot of mass of particular composition before exploding, and the supernova itself should be relatively weak, have little radioactive fallout, and produce neutron-rich elements.

The new study, published in Nature Astronomy, focuses on the supernova SN2018zd, discovered in 2018 by Japanese amateur astronomer Koihchi Itagaki. Dr. Iair Arcavi, of the astrophysics department at Tel Aviv University, also took part in the study. This supernova, located in the galaxy NGC 2146, has all of the properties expected from an electron-capture supernova, which were not seen in any other supernova. In addition, because the supernova is relatively nearby – only 31 million light years away – the researchers were able to identify the star in pre-explosion archival images taken by the Hubble Space Telescope. Indeed, the star itself also fits the predictions of the type of star that should explode as an electron-capture supernovae, and is unlike stars that were seen to explode as the other types of supernovae.

While some supernovae discovered in the past had a few of the indicators predicted for electron-capture supernovae, only SN2018zd had all six – a progenitor star that fits within the expected mass range, strong pre-supernova mass loss, an unusual chemical composition, a weak explosion, little radioactivity, and neutron-rich material. “We started by asking ‘what’s this weirdo?'” said Daichi Hiramatsu of the University of California Santa Barbara and Las Cumbres Observatory, who led the study. “Then we examined every aspect of SN 2018zd and realized that all of them can be explained in the electron-capture scenario.”

The new discoveries also illuminate some mysteries of one of the most famous supernovae of the past. In A.D. 1054 a supernova happened in our own Milky Way Galaxy, and according to Chinese and Japanese records, it was so bright that it could be seen in the daytime and cast shadows at night. The resulting remnant, the Crab Nebula, has been studied in great detail, and was found to have an unusual composition. It was previously the best candidate for an electron-capture supernova, but this was uncertain partly because the explosion happened nearly a thousand years ago. The new result increases the confidence that the historic 1054 supernova was an electron-capture supernova.

“It’s amazing that we can shed light on historical events in the Universe with modern instruments,” says Dr. Arcavi. “Today, with robotic telescopes that scan the sky in unprecedented efficiency, we can discover more and more rare events which are critical for understanding the laws of nature, without having to wait 1000 years between one event and the next.”

Dr. Arcavi is a member of the Global Supernova Project, and makes use of the Las Cumbres telescope network to study rare transient phenomena like supernovae, neutron star mergers, and stars torn apart by black holes.