A solid solvent for unique materials 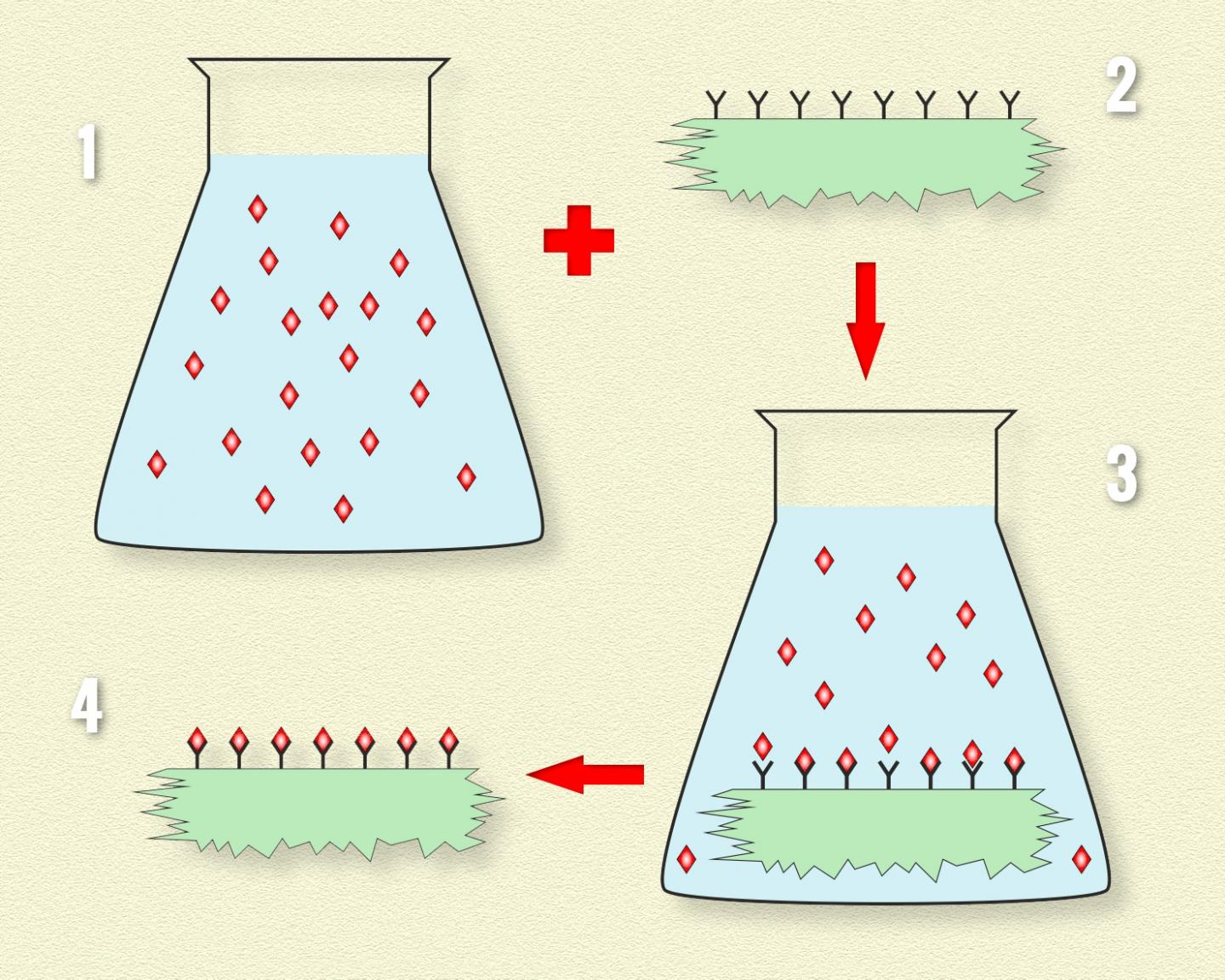 Materials impossible to obtain with existing methods can be produced using a solid, nanostructured silica solvent. Scientists from the Institute of Nuclear Physics of the Polish Academy of Sciences in Cracow presented an innovative approach to the production of substances with unique physical and chemical properties.

A team of physicists from Cracow (Poland) has succeeded in developing a flexible method for producing sol¬id, two-dimensional silica solvents to produce materials with unique optical, magnetic and structural properties. The term “solid solvent” here means a substance which, when immersed in a solution of the appropriate molecules, binds them to its surface in strictly defined proportions and in a defined manner. This achievement is the work of a team headed by Dr. Lukasz Laskowski from the Institute of Nuclear Physics of the Polish Academy of Science (IFJ PAN) in Cracow. The results of the team’s many years of work have just been presented in the International Journal of Molecular Sciences.

New materials are often produced by depositing specific atoms or chemical molecules on a suitable substrate, such as silica or carbon. The problem here, however, is controlling how the molecules are deposited. The difficulty is easy to understand using a simple example. Take a rubber ball, coat it with glue and throw it into some feathers. When you take the ball out, you find that there are more feathers in some places than in others on its surface. The reason for this situation is the fact that there is no control over how individual feathers stick to the ball.

“In molecular engineering, the situation is even more complicated,” says Dr. Laskowski and presents the issue: “Suppose that after years of research you finely managed to find a way to control the distance between the feathers stuck to the rubber ball. What would happen if we suddenly needed to stick on not feathers but, let’s say, glass beads? You would probably have to change the glue. Changing the glue and the glued element would mean that new methods would have to be devised to control the distance between the elements being stuck on. Again, this would require several years of research, which would not necessarily be successful.”

The Cracow physicists, funded by the Polish National Science Centre, decided to solve the problem described above in the following way. Instead of struggling with successive searches for new methods of uniformly depositing all sorts of different ions or particles on carriers, they developed one method of coating a silica substrate with anchoring units. Here, each molecular anchor is bound on one side to the substrate, while the other side can capture an ion or a molecule of a specific type from the environment. What is particularly important is that this method makes it possible to maintain statistical control over the density of distribution of the anchors on the carrier’s surface. The problem of designing new materials has thus been radically simplified. Currently, its most significant point is the relatively simple and fast development of an anchor with one end attracting the currently required ions or molecules.

“In our method, the key role of the solid solvent is played by silica nanostructures. We produce them in conditions such that when they form, they are immediately covered by a regular grid of anchoring units with a density strictly adjusted to our current needs,” explains Dr. Magdalena Laskowska (IFJ PAN).

The ability to statistically control the distance between anchors, which exists at the stage of producing the silica solvent, allows scientists to precisely select the amount of substance bound on the silica particles’ surface. At the same time, it becomes possible to maintain control over the interactions of the molecules trapped by the anchors and even over their orientation.

“In traditional processes for producing new materials, molecules of certain chemical compounds can become deposited on a surface in such a manner that their molecular structure changes. The molecules then often lose their properties and become virtually useless. This happens when molecules bind to the substrate using fragments that determine their physical or chemical properties. However, we can take these unruly molecules and compact the number of anchors on a solid solvent in such a way that the molecules, after binding, still have active areas and retain their original functionality,” explains Ph.D. student Oleksandr Pastukh (IFJ PAN).

When a suitably prepared silica solvent is immersed in a solution with the target ions/particles, the anchors on its surface capture and bind them, which spontaneously leads to the assumed molecular structure formation. The newly formed material now simply needs to be filtered, washed with a solvent to remove any dirt, and dried.

Mastering the technology of producing solid solvents with precisely controlled anchor distribution allowed the IFJ PAN researchers to reverse the traditional process of designing and synthesizing materials. Instead of examining already manufactured materials to find applications for them, the Cracow researchers first learn about current needs, for example, in optoelectronics or photonics, then with these in mind, design the properties of the material, determine its molecular structure, and finally synthesize a substance with exactly the properties required. During the synthesis, a key role is often played by a solid solvent, with which it is possible to control the proportions between molecules taking part in the reaction with extraordinary precision.

“Once the material has been produced, we test it to compare its actual physical and chemical properties with the required ones. If there are discrepancies, we repeat the synthesis with slightly changed parameters. If that does not help, we make adjustments at the molecular design stage,” PhD student Andrii Fedrochuk (IFJ PAN) explains in more detail.

The method using nanostructured silica solvent is particularly interesting due to the possibility of producing materials with unique non-linear-optical characteristics, for example, with a precisely tuned second or third harmonic component of light (which means that the light wave leaving the material has doubled or tripled frequency in relation to the wave incident on the material). Interesting applications are also opening up in the field of medicine. It is becoming possible to develop new materials that would allow the molecules to retain their strong biocidal properties when added to dental fillings or paints.

The synthesis of new material using a solid solvent. A substrate covered with a system of uniformly distributed anchors is immersed in a solution containing the desired atoms or molecules, which are then captured from the solution by the anchors. (Source: IFJ PAN)