The study, led by researchers from the Universitat Rovira i Virgili, analyzes the new trend in this genre, which has traditionally been considered sexist 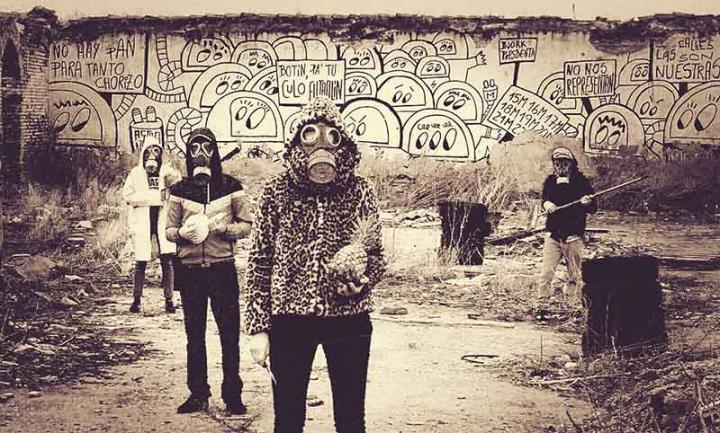 Reggaeton has traditionally been considered as a sexist music genre and the lyrics and choreographies usually associated with it are seen as a way of promoting the objectification of women. This trend is losing popularity due to the recent appearance of young women who have changed these sexist messages through lyrics with a feminist message. This phenomenon has been the core of an investigation led by researchers from the Department of Communication Studies of the Universitat Rovira i Virgili, and with the collaboration of the Universitat Pompeu Fabra, who have studied the presence of popular feminism in the music that these women write and perform. The study of three specific musical projects proves that it is possible to bring a new meaning to sexist musical genres.

With the title “Feminist Reggaeton in Spain: young women subverting machismo through perreo”, this study analyses three female reggaeton projects, such as the hit “Lo malo”, adapted for Brisa Fenoy and popularized by the talent show Operación Triunfo, and the music of Tremenda Jauría and Ms Nina. These are feminist music projects that use the typical reggaeton style as a parody and as a way to criticise everything they dislike about this musical genre and about society, and it is becoming a tool for feminist vindication and redefinition of the genre.

The study shows how these three creative projects not only use the lyrics of their songs as a way to promote the feminist ideas of the artists, but also how this music coexists with other digital tools to promote themselves through social networks and to spread the messages that their lyrics want to get across. This was reflected for instance in the feminist demonstrations that took place in different parts of Spain on 8 March 2018. Here many people who were demonstrating carried signs with messages taken from the lyrics of these songs –such as “I decide when, where and with whom”– to show their support for equal rights and their firm stance against sexist violence.

These lyrics support a vision of freedom in matters of gender and sexuality, as they vindicate the individual freedom of women and root for women’s empowerment. The musical projects that were studied also reflect the desire to provide a new meaning to the body movement associated with reggaeton, known as perreo, which is now associated with the choice of women to dance freely because it makes them feel attractive, instead of being a symbol of their submission to men.

The investigation is led by researchers Nuria Araüna and Yolanda Tortajada, from the Department of Communication Studies of the URV, and the project is part of the R&D project “Respect: youth production and use in social networks and gender inequality,” led by Yolanda Tortajada. The investigation is part of the study of the ASTERISC research group, and it has been published in the indexed magazine Young, from publishing house SAGE. The work will be printed in a special issue of the magazine on youth, music and crisis edited by UPF researchers Paula Guerra and Carles Feixa.

Washable, wearable battery-like devices could be woven directly into clothes

Major questions concerning the role of microscopic life and our future

Cheap nanoparticles stimulate immune response to cancer in the lab

Development of graphene with enhanced speed of high frequency signal…