A path to human-like machine intelligence

Artificial and machine intelligence are changing the way we live more and more each day. Manufacturing robots, self-driving cars, and virtual travel booking agents are just a few examples of how these technologies have permeated our world. 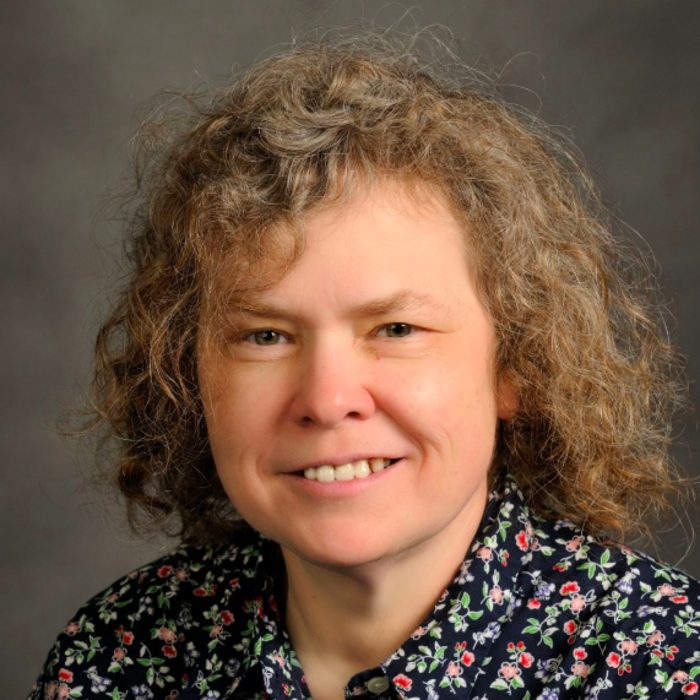 Artificial and machine intelligence are changing the way we live more and more each day. Manufacturing robots, self-driving cars, and virtual travel booking agents are just a few examples of how these technologies have permeated our world.

According to JoAnn Paul, associate professor in the Bradley Department of Electrical and Computer Engineering, even with the notable advancements in machine intelligence over the last few years, we’ve just begun to scratch the surface.

To continue on the path to true machine intelligence, Paul has been awarded a National Science Foundation award to investigate methods to design a computer architecture that emulates the way the human brain operates.

The Virginia Tech faculty member, whose research focuses on brain-inspired computer architecture, is the sole principal investigator of the $400,000 project and hopes to help lay the foundation for what could potentially be a revolutionary understanding of true machine intelligence.

The human brain can simultaneously process several incoming stimuli of different quality. A recent article in Nature explains that this level of information analysis is known as parallel processing, something that researchers have been trying to emulate in computing for quite some time.

Paul’s research focuses more specifically on another capability of the human brain: tackling a paradox.

So what is a paradox? When it comes to information processing in the brain, it can be described as the brain’s way of accommodating conflict at the highest levels. According to Paul, when the human brain processes conflicting information, it uses parallelism to deal with uncertainty. Uncertainty and ambiguity provide the foundation for creativity in the way we think.

“Creativity is the result of seeing things multiple, different, even contradictory ways,” said Paul. “Paradox is the quintessential example of a contradiction. So, we will research algorithm-architecture solutions to problems that produce competing results and understand how those can be accommodated and also continuously evolve and thus lay the foundation for creativity.”

One of the challenges of this research will be coming up with fundamental problems to illustrate applicable concepts. For this research, Paul is focusing on how the brain uses compartmentalization, but also may access multiple compartments for the same set of inputs or the same situation. This ability may be the key to how the brain uses such high levels of parallelism while also accommodating ambiguity and conflict.

An example would be when two bilingual people have a conversation. If one person speaks a single sentence that contains both French and English words, the sentence might be processed in separate regions of the brain, one for each language. Each corresponding region must conclude whether the sentence is French or English. However, the sentence is actually both – and neither, said Paul.

The listener must decide what the speaker actually means – especially if there is phonetic ambiguity in what is being said, said Paul. In doing so, they must resolve the conflict and the ambiguity – all while keeping their language centers from becoming too large and inefficient.

By better understanding the way the human brain processes information, Paul hopes to apply those same principles to computer architecture, leading to an understanding of the structural mechanisms behind true machine intelligence.

Machine and artificial intelligence still rely heavily on algorithms to “make decisions,” but following these rules does not produce a human-like result.  As most of us have learned through trial-and-error, most problems have more than one solution.

Over the course of the three-year award cycle, Paul and graduate student Isaac Bettendorf will conduct experiments that feature problems with multiple algorithmic solutions that are similar to what a person might encounter on a daily basis. Those experiments will help form the basis of a high-level foundation for a new architecture capable of accommodating high degrees of parallelism and resolving conflict resolution.

Bettendorf is currently pursuing a Master of Science in computer engineering. He enjoys the challenge of this particular research and the new perspective it has given him as an embedded systems engineer for the U.S. Navy at Dahlgren.

“The research that I am performing with Dr. Paul is providing fundamentally new ways of looking at computing. It is an honor to work with her,” said Bettendorf. “Developing technology for the Navy has provided me with a wide range of opportunities. I have developed and implemented solutions using both integrated circuit and microcontroller unit environments and have experienced many of the limitations addressed by this research [by Dr. Paul and me]. In many ways, this has motivated me to take a step back to try and see the bigger picture and address these limitations from a different point of view.”

In addition to the research, Paul will create a magazine-style article to educate audiences without STEM backgrounds. The article will focus on the differences between computer architecture and human intelligence by describing the future use of personal avatars and how they could one day be making decisions for us – especially if those avatars are capable of coming up with creative solutions to problems.

“The fundamental questions are what is most exciting,” said Paul. “I’m not as excited by applied research. For me, true research does not provide a tool or a solution so much as it provides the basis and stimulus to see things entirely differently.”