Investigators at the Medical University of South Carolina report in Gastroenterology that PGE2, a signaling molecule involved in inflammation, promotes colorectal cancer progression 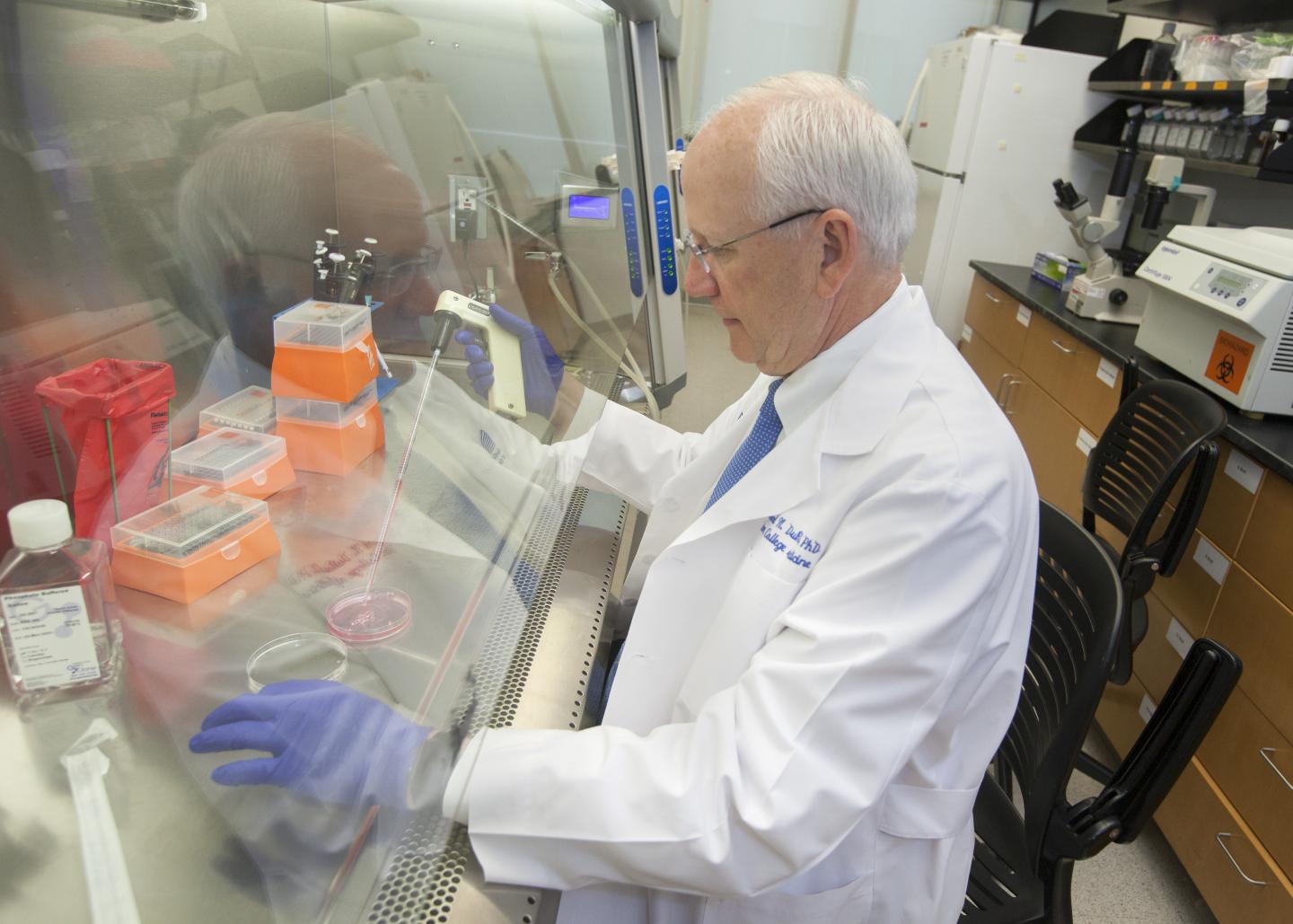 While the emergence of precision medicine and immunotherapy has greatly improved outcomes for patients with colorectal cancer, new approaches are still needed for patients with late-stage disease who do not respond to these therapies. According to the American Cancer Society, patients who present with stage 4 colorectal cancer have a five-year survival rate of only 14%. Therefore, researchers are interested in finding new ways to try to inhibit colorectal tumor growth.

Prostaglandin E2, or PGE2, promotes metastasis of colorectal cancer through a microRNA, MIR675, report researchers at the Medical University of South Carolina (MUSC) in an article published online in November by Gastroenterology.

In the study funded by the National Institutes of Health, the MUSC researchers showed that mice treated with PGE2 in a preclinical model of colorectal cancer had vastly more metastatic lesions in the liver and lung than untreated mice. This preclinical evidence suggests that targeting the microRNA could have some therapeutic potential.

“We’re still learning more about some of the pathways involved in the development and progression of colorectal cancer,” said Raymond N. DuBois, M.D., Ph.D., a noted cancer researcher, dean of the College of Medicine at MUSC and senior author on the article. “I think this is one example where a microRNA could be targeted in a therapeutic way in a subset of patients.”

PGE2 is thought to promote tumor cell proliferation, survival and migration. To investigate how PGE2 does this in colorectal cancer, DuBois and the other MUSC investigators, who included first author Bo Cen, Ph.D., a research assistant professor in the DuBois laboratory, performed a screen on colorectal cancer cells treated with PGE2 to detect if there were any changes following treatment. Voucher funding from the South Carolina Clinical & Translational Research Institute paid for a portion of this project.

“We found that many microRNAs changed in response to treatment,” explained Cen. “We focused on MIR675-5p because its levels increased more than any other in response to PGE2 treatment.”

A microRNA is a small RNA molecule that can silence the expression of certain genes. In this case, MIR675-5p can suppress the expression of p53. P53 is one of the most well-known genes in cancer because it enables production of a protein that can put the brakes on cell division. However, cancer can be clever and find ways to suppress p53 so that cells can continue to divide uncontrollably.

The researchers next identified a potential site on p53 to which MIR675-5p could bind. Then, investigators confirmed that MIR675-5p suppresses p53 to promote metastasis. In a preclinical colorectal cancer model, mice were treated with PGE2 or a vehicle control. Mice treated with PGE2 were found to have more metastases compared to the control.

Next, the researchers plan to analyze samples from patients with different stages of colorectal cancer and investigate how levels of PGE2 and MIR675-5p correlate with prognosis or response to therapy.

“Ultimately, we discovered a key mechanism by which PGE2 promotes tumor development and progression,” said DuBois. “These findings provide important preclinical evidence that microRNA could possibly be targeted in a therapeutic way to treat a subset of patients.”

Disclaimer: The content is solely the responsibility of the authors and does not necessarily represent the official views of the National Institutes of Health.

Founded in 1824 in Charleston, the Medical University of South Carolina (MUSC) is the oldest medical school in the South, as well as the state’s only integrated, academic health sciences center with a unique charge to serve the state through education, research and patient care. Each year, MUSC educates and trains more than 3,000 students and 700 residents in six colleges: Dental Medicine, Graduate Studies, Health Professions, Medicine, Nursing and Pharmacy. The state’s leader in obtaining biomedical research funds, in fiscal year 2018, MUSC set a new high, bringing in more than $276.5 million. For information on academic programs, visit http://musc.edu.

MUSC and its affiliates have collective annual budgets of $3 billion. The more than 17,000 MUSC team members include world-class faculty, physicians, specialty providers and scientists who deliver groundbreaking education, research, technology and patient care.

The South Carolina Clinical and Translational Research (SCTR) Institute is the catalyst for changing the culture of biomedical research, facilitating the sharing of resources and expertise and streamlining research-related processes to bring about large-scale change in the clinical and translational research efforts in South Carolina. Our vision is to improve health outcomes and quality of life for the population through discoveries translated into evidence-based practice.

One shot of ketamine could reduce problem drinking

Extremely energetic particles coupled with the violent death of a star…