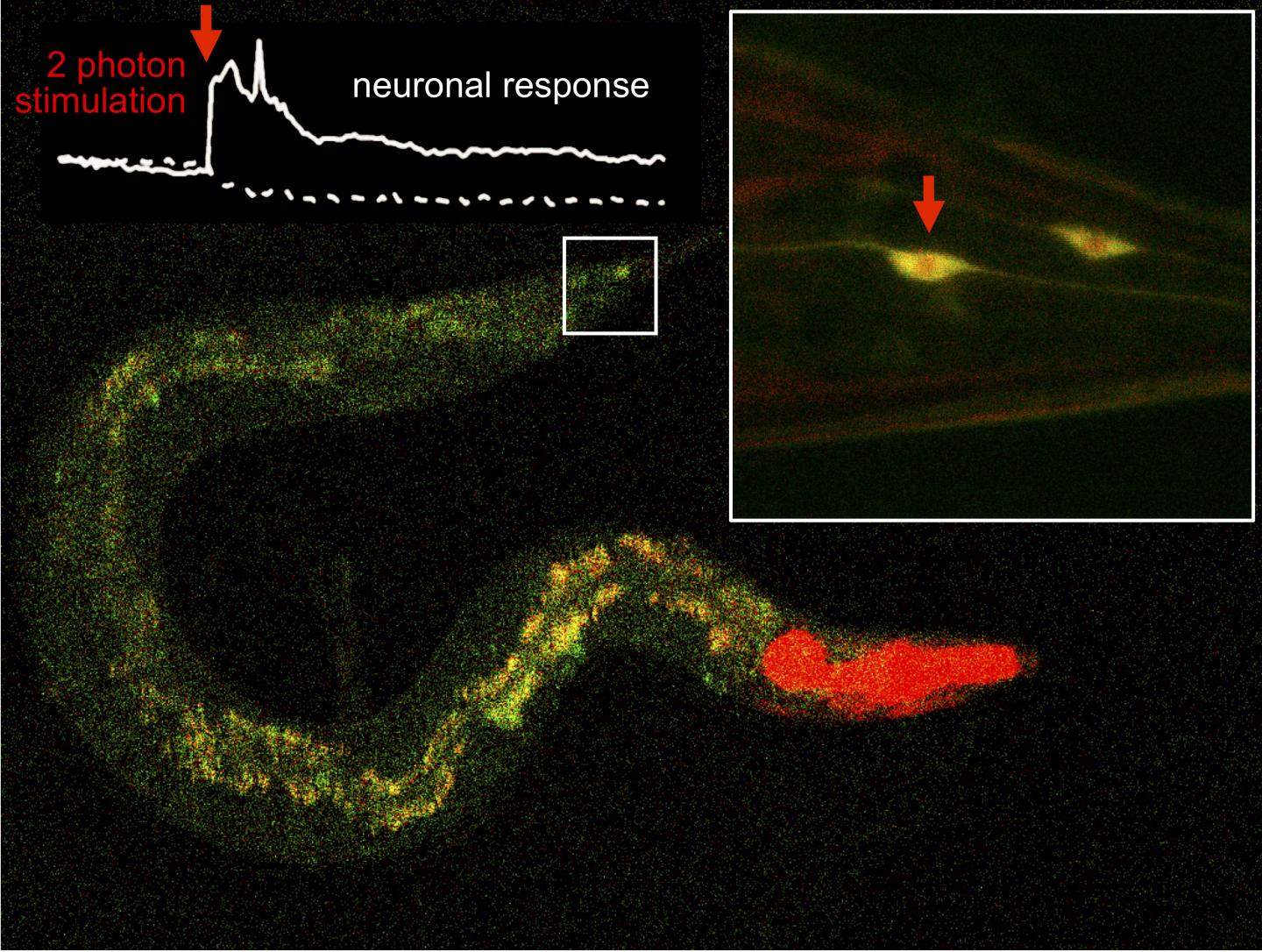 Having absolute control of the activity of a molecule in an organism. Deciding when, where and how a drug is activated. These are some of the goals expected to be reached with the so-called photoswitchable molecules, compounds that, in the presence of certain light waves, change their properties. Today, thanks to the results of a study led by the Institute for Bioengineering of Catalonia (IBEC) together with the Universitat Autònoma de Barcelona (UAB), the scientific community is one step closer to achieving this objective.

Using pulsed infrared light lasers, scientists have managed, for the first time, to activate molecules located inside neural tissue, with an efficiency of almost 100%. ‘It’s a development that opens the door to a large number of applications. From drugs that only act at the point of our body that is illuminated and are therefore free from unwanted side-effects in other regions, to the spatial and temporal control of any protein whose function we want to study in the context of an organism’, says Pau Gorostiza, ICREA research professor and head of the Nanoprobes and Nanoswitches Group at IBEC. The study has recently been published in the journal Nature Communications.

The photoswitchable molecule that the researchers have used is a new variant of azobenzene, a chemical compound which has a flat shape in the dark, but which bends when exposed to light. Photopharmacology seeks to take advantage of this peculiar property to control the activity of drugs: an inactive drug combined with azobenzene is introduced into the body. The design of the drug only allows its operation when the azobenzene is bent. In this way, despite having a drug distributed throughout the body, it will only take effect at the points where the light that stimulates azobenzene is irradiated, thus avoiding the side-effects associated with the drug’s action in areas where azobenzene is present, as it is not necessary.

Until recently, techniques based on photoswitchable molecules used continuous-wave lasers of violet or blue light (one-photon stimulation) to activate these compounds, a method that does not allow focalizing the stimulus. ‘We wanted the molecule to be activated at a specific point, not along the whole beam of light that we irradiate. We saw that two-photon transitions using pulsed infrared light, allowed to achieve this, but the efficiency was very low, and the applications were limited. The molecules we have developed now achieve this effect with 100% efficiency. It is a very robust and precise technology to manipulate neuronal activity’, commented Jordi Hernando and Ramon Alibés, researchers from the Department of Chemistry at the UAB who have supervised part of this work together with Josep Mª Lluch and Félix Busqué.

Researchers have proven the effectiveness of the technique on mouse neurons and in an animal model for the study of neuronal circuits, the Caenorhabditis elegans worm. ‘Despite the cells in a neuronal tissue being very close together, we have managed to select those in which we wanted to activate the photoswitchable molecule. ‘

Stimulation via two-photon absorption, predicted by Maria Göppert-Mayer and demonstrated using the pulsed lasers developed by the winners of the Nobel Prize in Physics in 2018, Donna Strickland and Gérard Mourou, has represented a revolution for the visualisation and manipulation of neuronal activity.

The results of this development have great potential since they open the door to new lines of research in the molecular field. With the technique described, scientists will possess unprecedented spatiotemporal control over any photoswitchable molecule they wish to investigate.

This study was led by IBEC, member of the Barcelona Institute of Science and Technology (BIST), together with the UAB’s Department of Chemistry, with the participation of Michael Krieg’s group from the Institute of Photonic Sciences (ICFO).

Here’s a bitter pill to swallow: Artificial sweeteners may be doing more…