A new role for a triple-negative breast cancer target

The protein, known to be implicated in an aggressive form of cancer, is also critical for normal mammary gland development during puberty, according to research in mice led by the University of Pennsylvania’s Rumela Chakrabarti 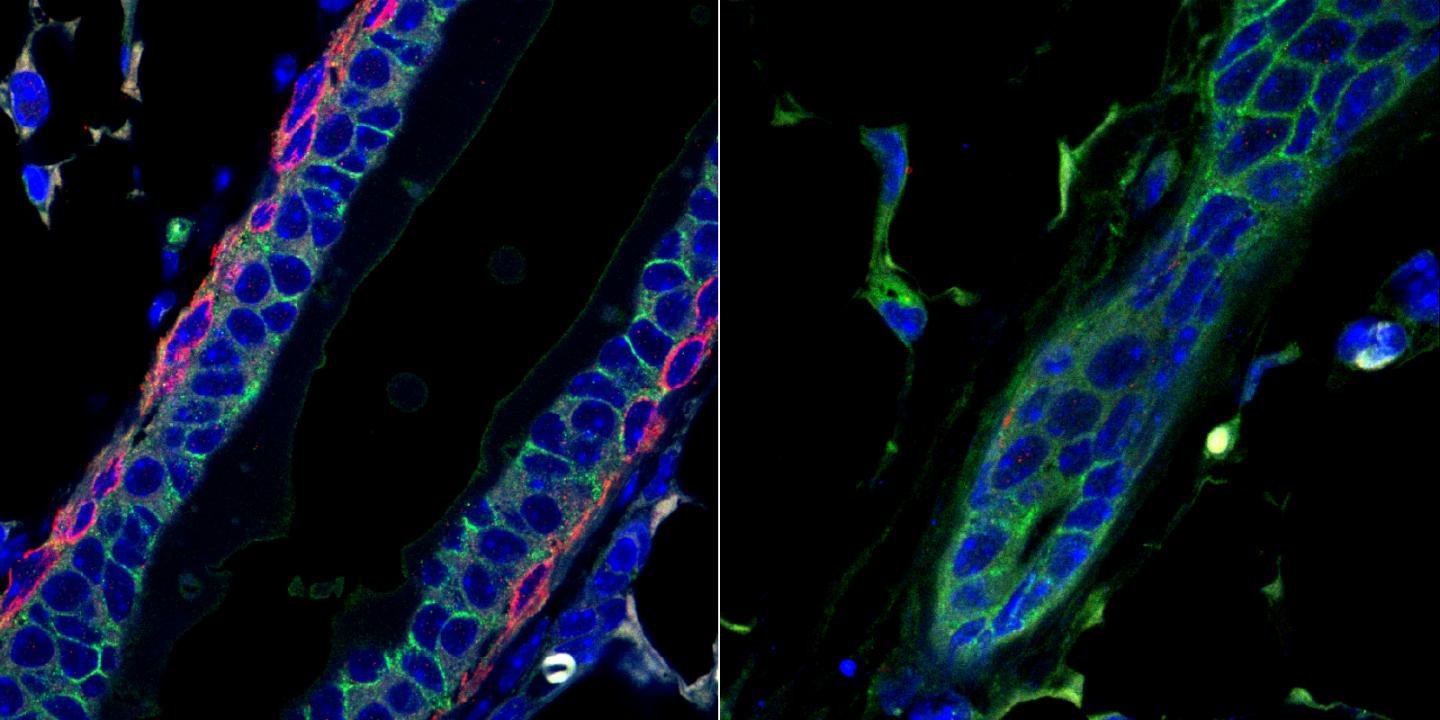 Unlike almost every other organ, the mammary gland does not develop until after birth. And it’s unusually dynamic, shape-shifting during menstrual cycles, puberty, pregnancy, and lactation.

These changes require energy. In a study using a new, genetically altered mouse model, researchers led by Rumela Chakrabarti of Penn’s School of Veterinary Medicine have uncovered a key protein involved in supplying the mammary gland with fuel during puberty. It’s a protein that her group had earlier shown to play a role in triple-negative breast cancer (TNBC), a particularly aggressive form of the disease.

Besides illuminating an important feature of mammalian biological development, the findings also give reassurance that targeting this protein, known as deltaNp63, to treat cancer in adults could be done without interfering with critical developmental stages that occur later in life.

“Creating a new mouse model that allows us to control when p63 is expressed enabled us to study this molecule in different developmental stages,” Chakrabarti says of the work, published in the journal FEBS Letters. “The fact that it is not required later on after puberty means that it’s a viable drug target for triple-negative breast cancer. And we think it could be applicable to other cancers, like squamous cell carcinomas and esophageal cancer as well.”

Chakrabarti has focused on this molecule since her postdoctoral fellowship, revealing different features of its involvement in the mammary gland stem cells that give rise to every other cell type in the mammary gland tissue. In 2014, Chakrabarti and colleagues found it was important in initiating TNBC, and last year they demonstrated that it acts to direct a type of immune cell to breast tumors, serving to aggravate the progression and spread of cancer.

To do that, the researchers fashioned a new strain of mice in which they could deplete the animals of deltaNp63 as desired. With this mouse model in hand, they were able to assess how deleting that gene affected the mammary gland.

While inducing the deletion of deltaNp63 during pregnancy and adulthood had no significant effect on the mammary gland development and function, the team found significant impacts arose when deletion occurred during puberty.

“It may be that the initial burst of energy that is required during puberty depends on deltaNp63, but once you get through that, it isn’t as critical,” says Chakrabarti.

Losing the protein during puberty led to a reduction in energy production in the mammary gland cells and caused mammary gland ducts to be malformed. Further analysis suggests that deltaNp63 likely activates other proteins that are involved in both cellular metabolism and in the organization of cell structure during puberty.

“We already knew that p63 was important for mammary gland stem cells, but we didn’t know that it was involved in regulating the cells’ metabolism,” Chakrabarti says. “Mammary stem cells have a high energy need during the extensive tissue remodeling that occurs during puberty. Cancer cells also have a high energy need. So this finding helps tie together a number of roles that p63 seems to be playing in the mammary gland.”

In follow-up work, Chakrabarti’s lab is investigating the connection between metabolism and TNBC, with an eye toward pursuing deltaNp63 as a possible therapeutic target to slow down the spread of disease.

Rumela Chakrabarti is an assistant professor of biomedical sciences in the University of Pennsylvania School of Veterinary Medicine.

Chakrabarti’s coauthors from Penn Vet were first author Sushil Kumar, Ajeya Nandi, and Aakash Mahesh. In addition, Satrajit Sinha of the State University of New York at Buffalo and Elsa Flores of the Moffit Cancer Center coauthored the paper.

Support for the study came from the Penn Vet Comparative Pathology Core, the Flow Cytometry Core at the University of Pennsylvania and Children’s Hospital of Philadelphia.