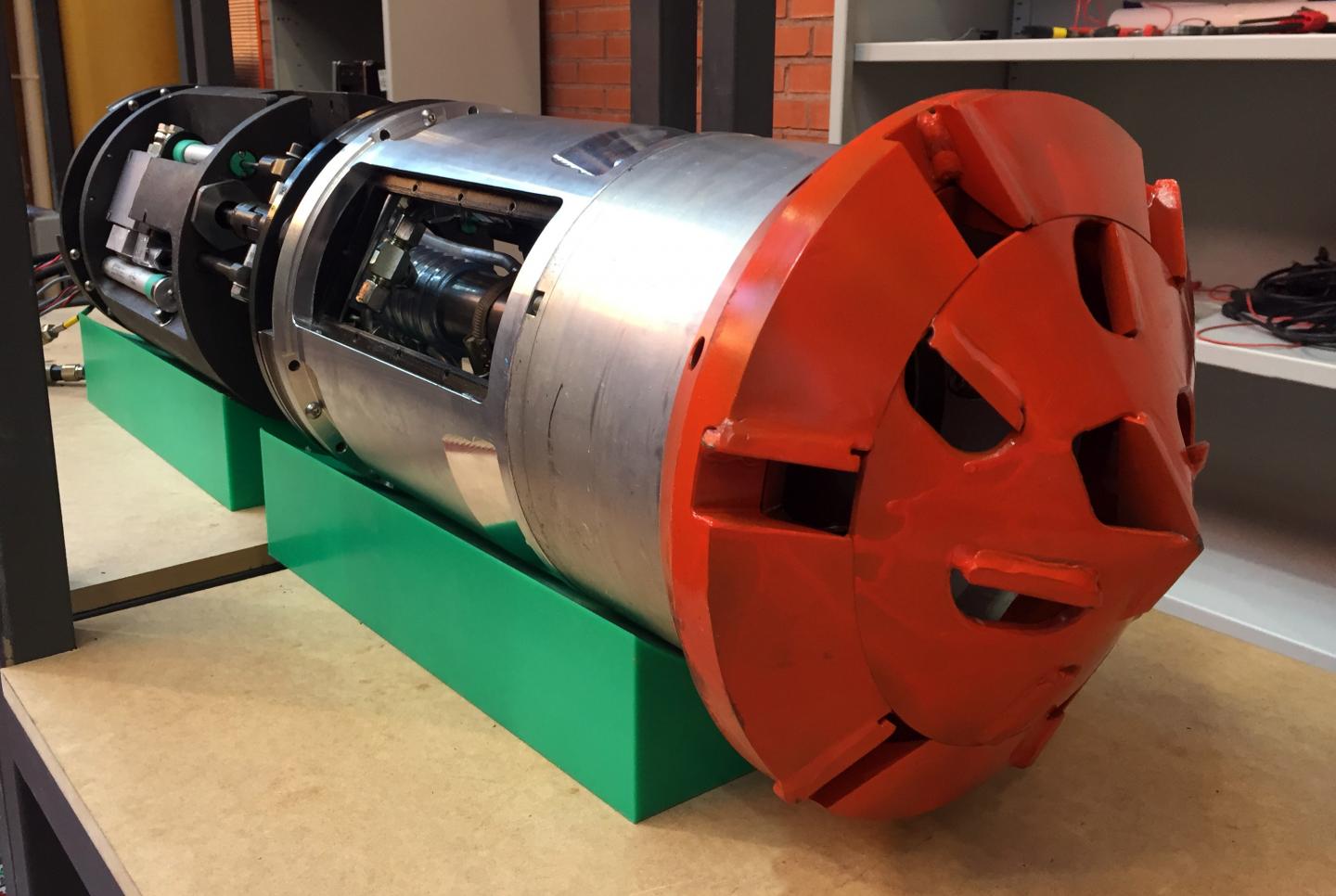 This robotic system is composed of two main elements: a surface vehicle with a geo-radar that is used to scan the ground, so that subterranean obstacles can be detected; and an autonomous underground robot that does the drilling work. “Once the subsoil has been scanned by the rover, using a software developed as part of the project, a work plan is drawn up and an entry and exit point for the work to be carried out is established. The next task consists of taking the robot to the place where the work will be carried out and using it to drill from one point to another”, explains the BADGER project’s technical manager, Santiago Martínez de la Casa, researcher at the RoboticsLab in the UC3M’s Department of Systems Engineering and Automation.

It is estimated that around 500,000 civil works for the installation of wiring, piping and other small-diameter underground scoring are carried out in Europe each year. These works are typically carried out by opening a ditch, extending the pipeline, then filling in the ditch. “The advantage of this robot is that it is possible to carry out the same drilling work without having to open a ditch, which prevents noise, pollution and inconvenience for citizens”, the researcher notes.

Within the framework of this project, funded by the European Union’s Framework Programme for Research, Technological Development and Innovation (GA 731968) and in which scientists from Germany, Spain, Greece, Italy and the United Kingdom are participating, the system has been tested under laboratory conditions. In particular, several underground drilling tests on land in northern Germany as well as in the Community of Madrid have been carried out.

The system prototype has caught the attention of the private sector, of both European and north American companies, and is currently continuing to be developed with the aim of starting tests in real urban environments. Researchers estimate that it could be ready to operate in cities within 2 to 3 years.

“The use of innovative localisation, mapping and navigation techniques, along with sensors and geo-radars, allows the systems to be adapted to different fields”, explains the project coordinator Carlos Balaguer, professor at the UC3M’s Department of Systems Engineering and Automation and one of the directors of the RoboticsLab. Introducing these advanced robotic technologies which have cognitive and control capabilities has multiple possible applications, adds Professor Balaguer: “It will increase Europe’s competitive edge in search and rescue operations (landslides), mining, civil applications (such as water, gas, fibre optics lines), exploration techniques, mapping, etc”.

BADGER (roBot for Autonomous unDerGround trenchless opERations, mapping and navigation) is a European R&D&I consortium, coordinated by the UC3M, in which researchers and technologists from the Centre for Research and Technology-Hellas (Greece), the School of Engineering at the University of Glasgow (Scotland, United Kingdom), IDS GeoradarSrl (Italy), Robotnik Automation SLL (Spain), SingularLogic S.A. (Greece) and TRACTO-TECHNIK GmbH&Co.KG (Germany) are participating.